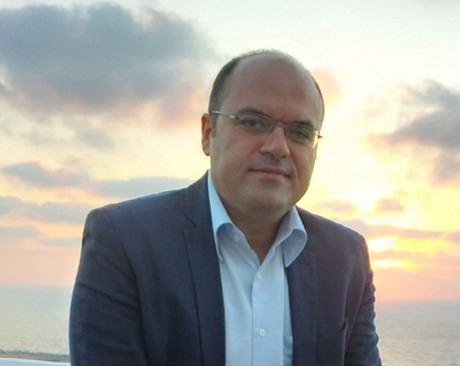 Wael Mamdouh is associate professor of nanotechnology at the Department of Chemistry at The American University in Cairo (AUC). Mamdouh is also the leader of one of the largest dynamic research groups at AUC, biomedical polymer nano-composites, hydrogels and tissue engineering.

Mamdouh is the also the founder of a recent Spinoff Company (NANO-Fib-TECH) for producing innovative nanotechnology-based antibacterial and disinfectant nanofibers liquids for healthcare industry from the lab to the market. The project led to this startup was funded by the Academy of Scientific Research and Technology (ASRT) in Egypt and incubated in collaboration with Bedaya Center for Entrepreneurship and SMEs Development (GAFI), Ministry of Investments in Egypt for nine months in 2016.

Recently, Mamdouh won the first place prize among 200 participants for the best startup in the third Cairo International Exhibition of Innovation (Cairo Innovates 2016), organized by ASRT in Egypt.

More than 18 students (undergraduate, MSc and PhD) graduated under Mamdouh’s supervision since 2014, which is one of the highest records. Many of those students further developed their careers abroad (PhD studies) in USA, UK, Switzerland, Germany and France.

Mamdouh has very strong teaching record at prestigious European, Asian and Egyptian Universities. The courses he taught range from general chemistry courses to advanced courses and presented lectures in nanoscience and nanotechnology at AUC.

Mamdouh has also been appointed as guest professor since 2008 at two prestigious universities in China; Tianjin University (TU), Tianjin, and Henan University, Kaifeng. In 2011, he became a tenure-track assistant professor of nanotechnology at AUC.

Applications of the prepared nanomaterials in:

Instruments development: Mamdouh is interested in building scientific instruments such as electro-spinning techniques which are cost-effective, reliable, robust and user friendly, in addition to biomedical kits.