Using Natural Gas for Cars as an Alternative to Gasoline: Is It the Future? 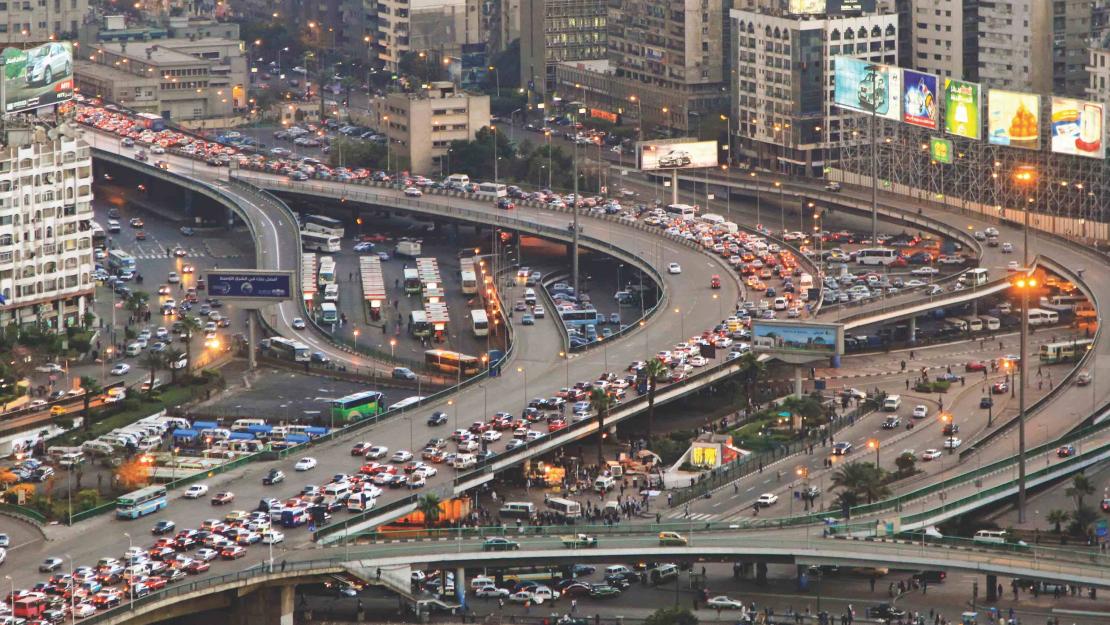 El-Banbi clarifies that the newly announced initiative isn't precisely "new"; it's been in place in Egypt since around 1995. However, the idea is undoubtedly being reinvented and more advocated for.

Both El-Banbi and Khalaifat support the decisions and find them feasible theoretically, technically and environmentally. Khlaifat highlighted that natural gas is a low-emission fuel that’s environmentally friendly compared to petroleum-based fuel, affirming that this is an “excellent measure” for society’s health and well-being.

By the same token, El-Banbi finds the replacement of old cars with new natural-gas operating ones essential. New engines would pollute the environment much less than old ones, reducing carbon dioxide emissions. They're also manufactured to be more efficient in their fuel consumption, and, accordingly, they consume less fuel per kilometer. It's a win-win for the environment and car owners who will pay less for fuel consumption, in addition to the more obvious benefits of less maintenance, breakdowns and road congestions.

From an economic perspective, the conversion to natural gas achieves economic and financial savings for consumers and the economy. According to Khlaifat, natural gas is abundant and inexpensive compared to oil. The cost of modifying car fuel systems will be paid back, maybe during the first year of operation and consumption, due to the cost-effectiveness of natural gas. El-Banbi agrees, mostly when high-utilization cars are involved.

"Money is spent to convert cars to natural gas or dual-fuel gas because you add components to make this conversion,” said El-Banbi. “Even if you're producing cars that run on natural gas, they'll be slightly more expensive. It makes economic sense to convert public transportation vehicles to natural gas because the return on investment comes from the money you save running on natural gas. But for your car, and my car, it's not significant savings. High-utilization cars move around more than 10,000 km per month, while ordinary cars can probably move around 1,000 km per month. When you consider it per km distance, it makes sense to start with public transportation."

Egypt plans to convert around 147,000 cars to natural gas over three years. El-Banbi and Khlaifat acknowledged that many vehicle owners will not make the conversion without government incentive schemes, posing a major challenge. "The question is how the government will meet Egyptians halfway, if not all the way, with the cost issue," said Khlaifat.

El-Banbi echoed the same sentiment. "Banks can help Egyptians with purchasing new cars,” he said. “They can develop a scheme based on current consumer fuel spend: see how much they're spending on fuel and encourage them by offering them a car loan while making the monthly loan installment equivalent to their current fuel spend. If you encourage microbuses and taxis, particularly with payment schemes, the initiative will be feasible.”

However, cost isn't the only challenge. The current number of gas stations won't cater to the upcoming shift. "During the initial phase of the project, Egypt will face some car jams in gas stations. It would be a smart idea to start constructing new gas stations before the commencement of the project," said Khlaifat, highlighting that most current gas stations don’t offer compressed natural gas.

“You can’t only work on converting the cars; you need to build the needed infrastructure. There are enough gasoline stations in Cairo, but not enough natural gas ones and not enough slots,” El-Banbi asserted, adding that refueling a car with natural gas takes a longer time than fueling the same car with gasoline. “You need enough, bigger and more stations. You’re also limited by where you can build natural gas stations because you need them to be near a gas pipeline. With gas stations for gasoline, you don’t have this issue because you move it in trucks. With natural gas, you need the source to be close.”

Another challenge is that cylinders in which natural gas is stored occupy significant space in cars. While that won't be an issue for buses and large vehicles, daily car riders will have to store it in the trunk, which may cause inconveniences for families, especially when traveling and carrying luggage.

On the bright side, Egypt has an overabundance of natural gas to cater to the converted vehicles. In fact, Egypt was once an exporter to neighboring countries, and with the recent gas discoveries in the country, gas supply won’t be an issue. “Cars consume a very small fraction of Egypt’s natural gas supply, even with the expansion. The amount of gas consumed as compressed natural gas is very minor compared to the amount used in electricity generation,” emphasized El-Banbi.

"The hybrid, bi-fuel system of petrol and natural gas will come in very handy for consumers, with gasoline serving as a backup fuel," said El-Banbi. Since Egypt currently has more gasoline stations than compressed natural gas ones, it will remain essential to have some gasoline in the car in cases of emergencies.

"Although running on purely natural gas is better for the environment and is cost-effective for the vehicle owners, I'm a fan of having a hybrid model of cars. Hybrid cars eliminate driving range worry and allow drivers to go a longer distance and time between car tank fill-ups," explained Khlaifat.

For Khaifat, Egyptian citizens and residents will feel the initiative's added value after a few years of the project's implementation, when they will have a cleaner environment and when vehicle drivers make significant savings on fuel.