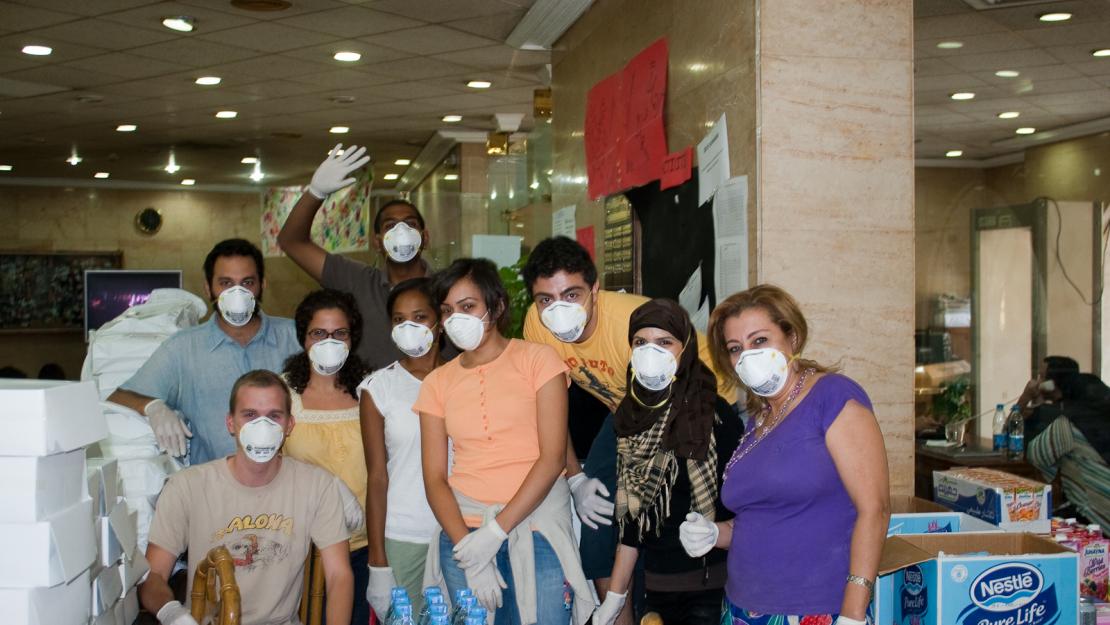 This year's clearing of campus to help combat the COVID-19 pandemic is not the first of its kind in AUC's history. The University had previously witnessed the outbreak of the cholera epidemic that struck the Middle East in 1947. Board of Trustees meeting minutes at the time stated that "all public assemblies were banned and schools were not permitted to open until the middle of November. The exact number of deaths is not known, but probably it did not exceed 50,000." Check out the 1948 Special News Bulletin (page 4) on the epidemic.

An eyewitness account is provided in the oral history of student P.J. Vatikiotis, in which he recalls:

"Another epochal memory was, of course, the cholera epidemic in 1947, which started in the spring, no in the summer, and we could not resume the term until November sometime. And there was the old campus; every corner had a bowl of permanganate [a disinfectant solution] where we dipped our hands. It was very much under control by then."

The 2009 Swine Flu (H1N1) had also affected AUC and caused the quarantine of approximately 150 students, interns, staff and faculty members  from June 8 to 15 at AUC’s Zamalek dormitory, when two summer students from Seton Hall University got diagnosed with the H1N1 virus. Since these students had been staying at AUC's dorms, the University, together with the Egyptian Ministry of Health, decided to lock down the dormitory and prevent anyone from going in and out to have everybody tested for H1N1. Check out our AUCToday story, "Quarantine Connection," at the time. 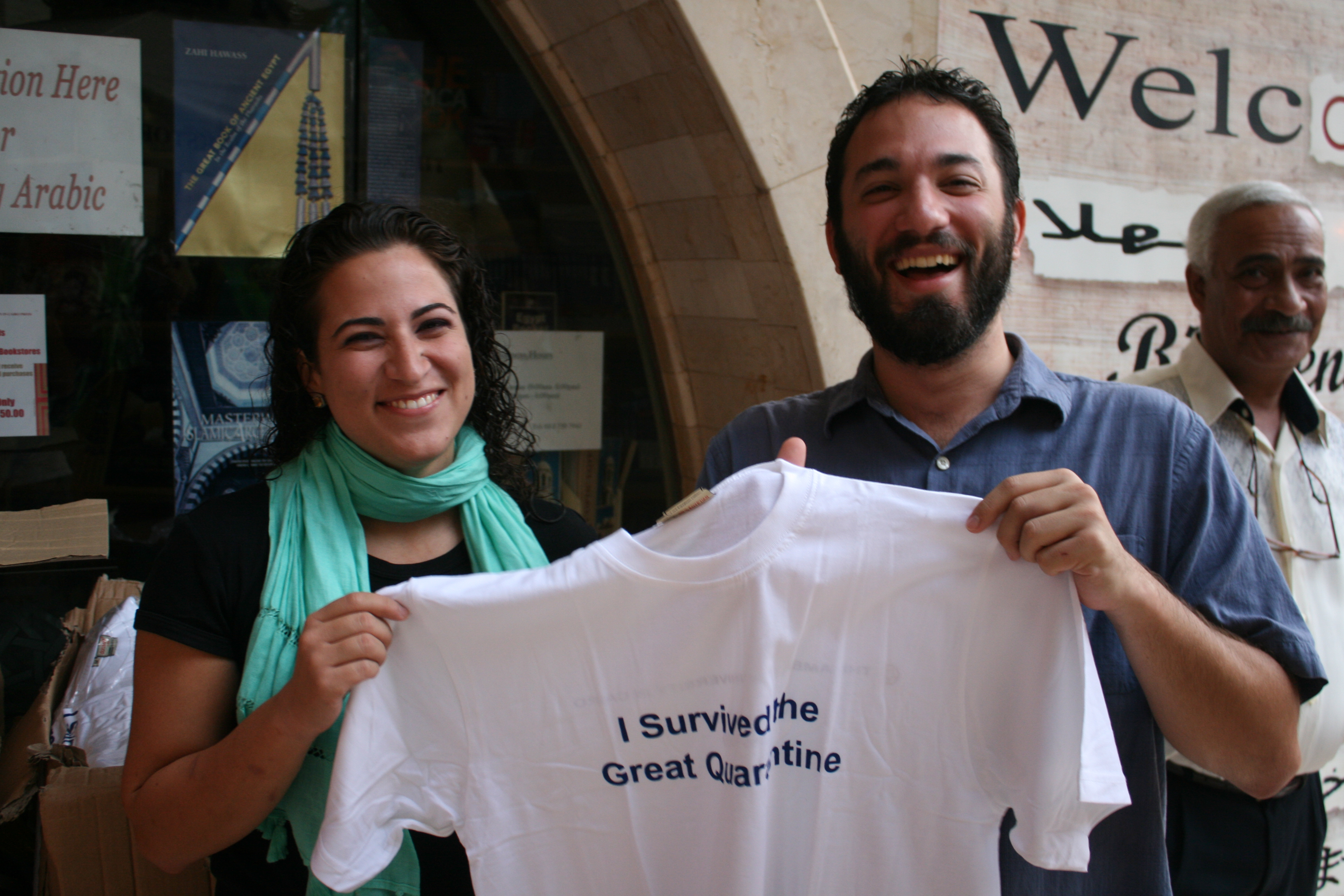 Kaddee Lawrence, professor of biology and a faculty resident of the hostel at the time, stated in an oral history interview with the University Archives: "This was supposed to be a 24-hour quarantine until everybody was tested and the test results came back. By the time they got everybody tested and the test results came back, it had been almost 48 hours. At which point they found that five more of the students from Seton Hall University were actually carrying the virus, so they got whisked away to the same hospital where the first two students had gone and the quarantine was extended for an entire week." 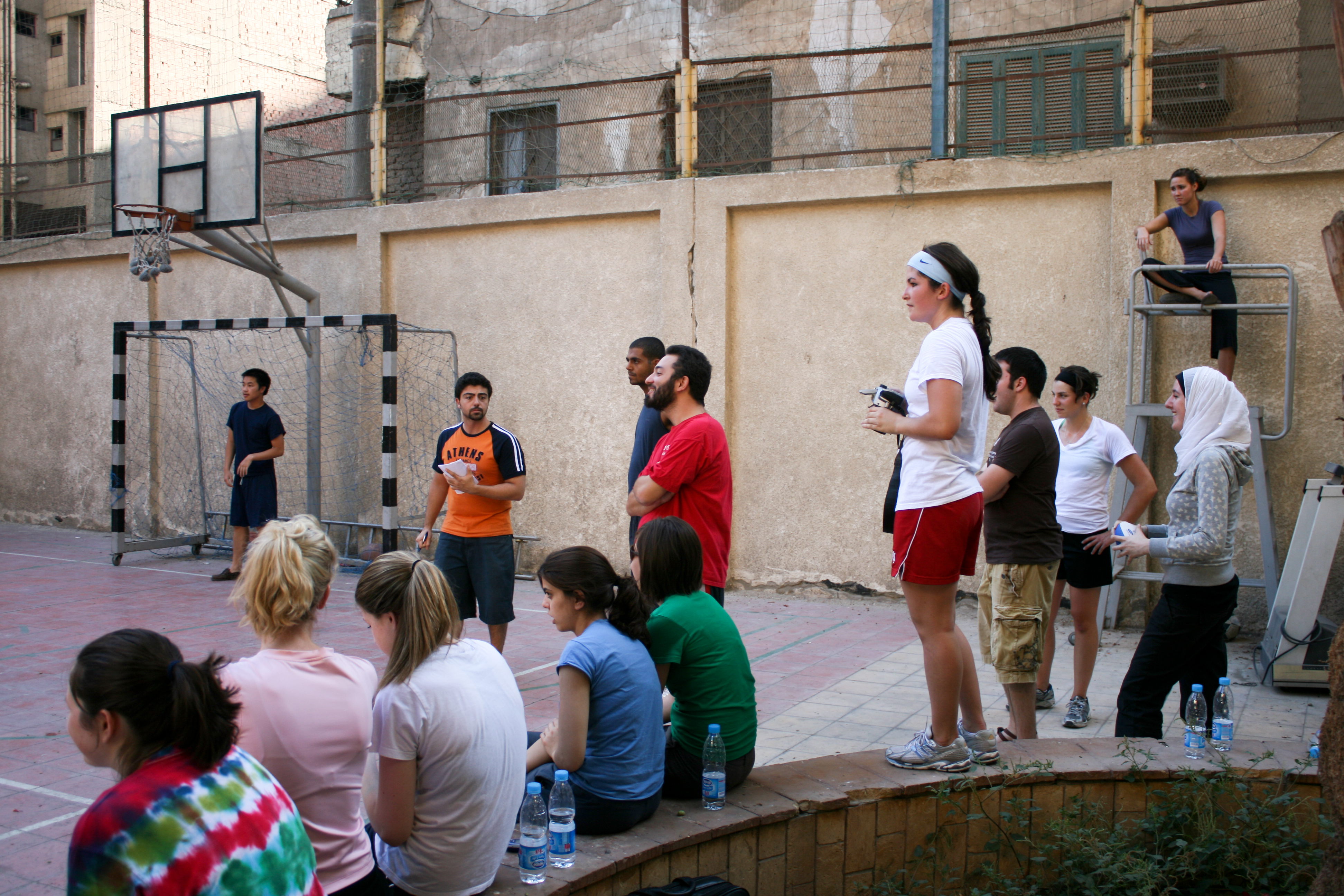 According to Fatma Youssef, former director of residential life, the quarantine period, which confined students, faculty residents, and staff to the building for 10 days, was a bonding opportunity. Students got to know each other better as they sang, ate, and watched movies together. Youssef reflected in an oral history interview with the University Archives: "When they opened the building, and I went ... [the students] told me, "We had the best time ever for these 10 days. We were together; we used to spend [time together]; we used to come down with our pajamas in the lobby. We used to sing; we used to dance; we used to cook. We used to eat together."