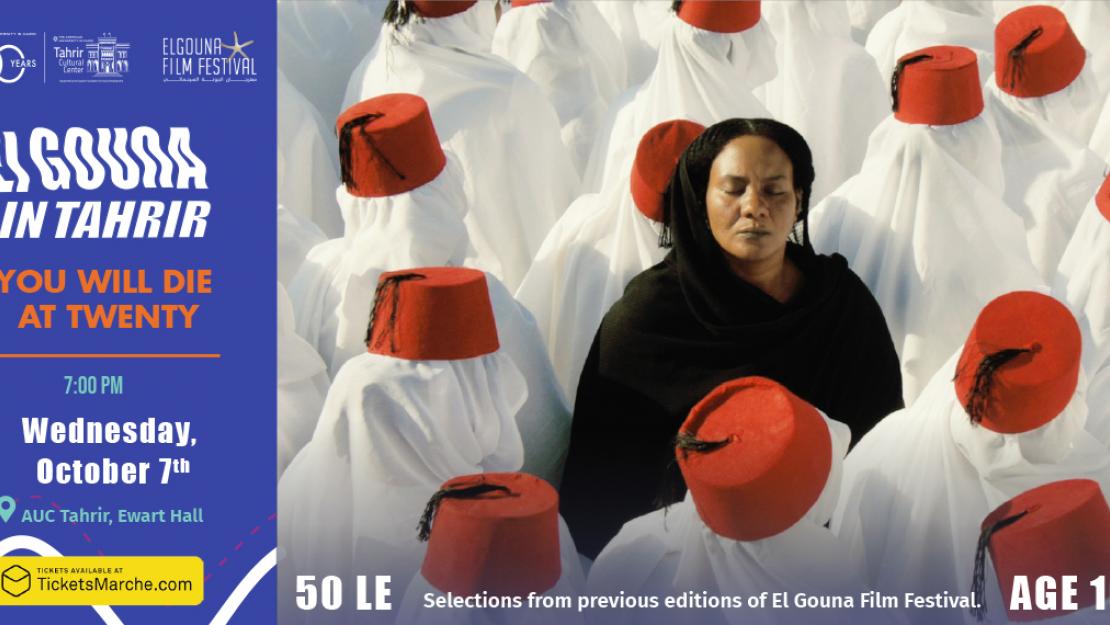 This is a series of 5 films selected from previous editions of the film festival. They include the winner of last year's festival, the Sudanese film You Will Die At Twenty, which will open the series  on October 7 at 7pm.

Tickets for each film are EGP 50. Below is the schedule of all film screenings. 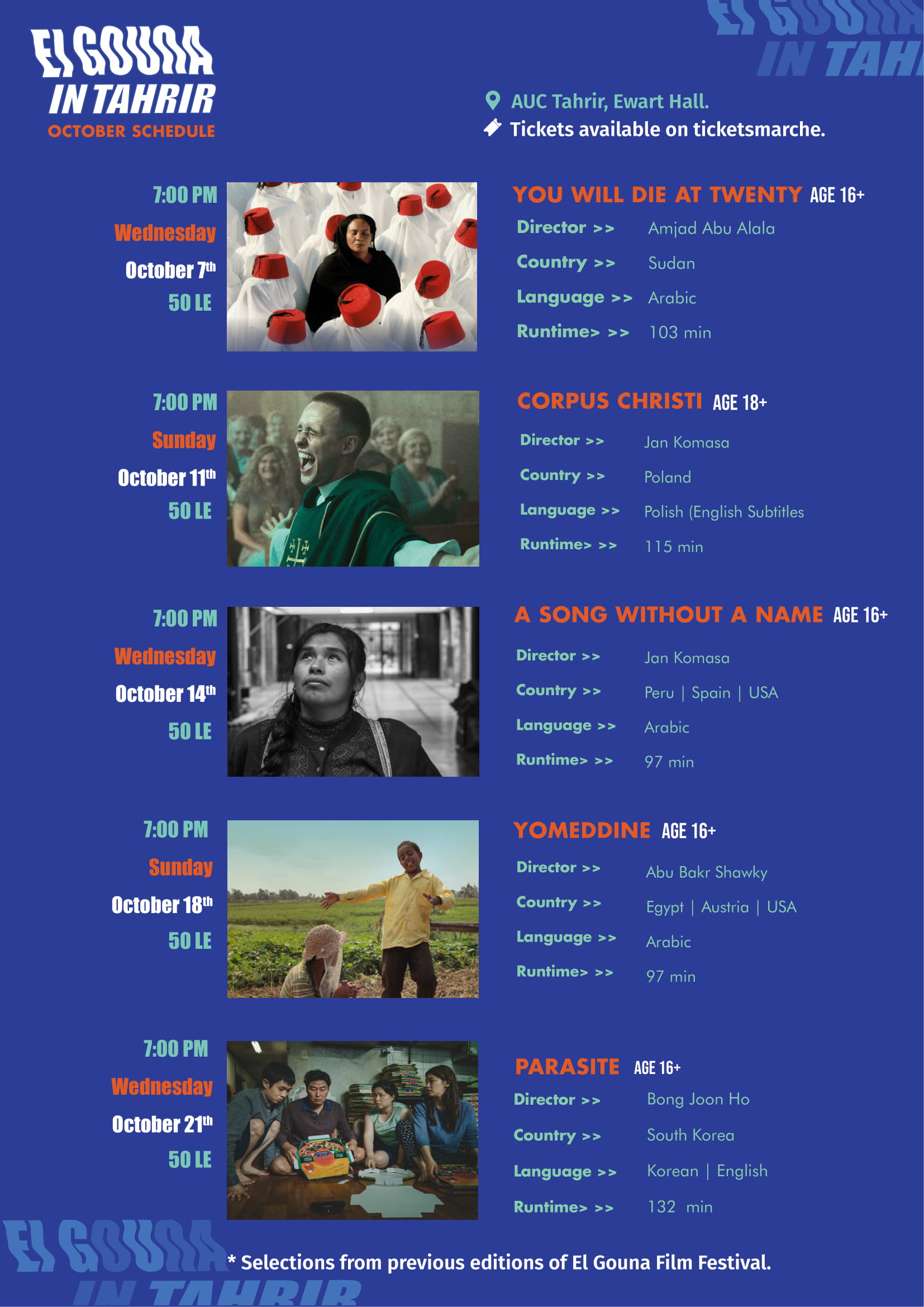