Student, Alumnus Aims to 'Inspire and Empower' Through His Studies at AUC 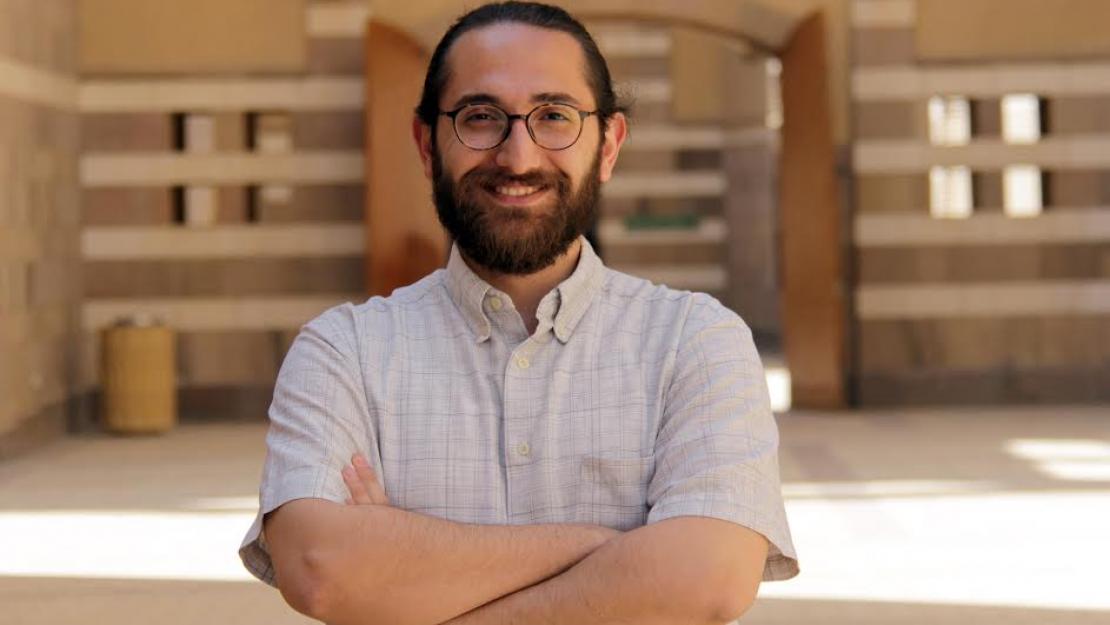 Rasheed Idou ‘14 a master’s student under a Writing Center Graduate Fellowship, says his experiences at AUC have inspired in him a dedication to “invest in people.”

"It’s so invigorating to invest in people and be able to inspire and empower,” said Idou. “I’m the older brother in my family, so I feel like that’s my natural role in life; it’s my role to be a role model.”

Originally from Lebanon, Idou was granted a scholarship through the Tomorrow's Leaders Scholarship Program to pursue his undergraduate education at AUC in 2009.

“Since I was 12 years old, I have had a job,” said Idou. “However, when I graduated from high school, I was faced with the harsh reality of learning that sometimes hard work is not enough. My humble family could not afford to finance my education. My father, a taxi driver in Beirut, offered to find a second job so that we could both work to finance my undergraduate studies. As impressive as the public education system in Lebanon is, I was never one for memorizing and following blindly. I needed an environment in which I could thrive, innovate, grow and empower.”

As an undergraduate, Idou found exactly that environment at AUC, majoring in political science, with a specialization in international relations, and minoring in theatre and history. “I’ve been doing theatre since I was 9,” he explained. “It’s a sacred thing to me. It’s where I feel the most comfortable in the world.”

As for history, Idou discovered his passion for the subject after taking a course on the making of the modern Middle East that, as he put it, “changed the way [he] viewed and experienced the world.”

Reflecting on his experience as a graduate student, Idou expressed that he first discovered his passion for law after sitting in on several classes. "In 2015,, I sat in on two law classes,” he said. “By the end of the class, my jaws hurt because of how much I was smiling. It clicked; this was the place for me.”

Now working toward his LLM in international and comparative law, Idou continues to feel challenged and impressed by AUC’s academics. “I can’t imagine a better law program than this,” he reflected. “All my professors are very supportive, present, helpful, and they make me think, which is so important to me.”

Idou’s diverse academic passions embody opportunities for exploration that a liberal arts institution like AUC can provide. His extracurricular activities even further exemplify the unique trajectory that the University has allowed him.

As a member of AUC’s team at the Jessup International Law Moot Court Competition, Idou traveled to Washington, D.C. last year to represent the University at the international level. He was able to blend together his expertise in theatre and law in the world’s oldest, toughest and most prestigious law competitions.

As the president of Delta Phi Epsilon, a professional fraternity that fosters scholarship, awareness of world affairs and service, Idou has been able to inspire and empower, teaching many of the skills that he learned as a Tomorrow’s Leaders Scholar, among other things.

Motivated by the important soft skills that he learned through the Tomorrow’s Leaders Scholarship program, Idou also conducts “trainings and workshops for youth on leadership, conflict resolution, negotiation and soft skills like presentation, professionalism and communication.”

Idou tirelessly aims to better society through his studies and activities. “Now, when times seem unclear and unstable for the vast majority of youth, a lot of frustration, hopelessness and even anger is allowed to grow,” he noted. “As a result of the support that I received to study at AUC, I wake up every morning looking for ways to positively influence people around me, to show them the hope and promise that I see.”