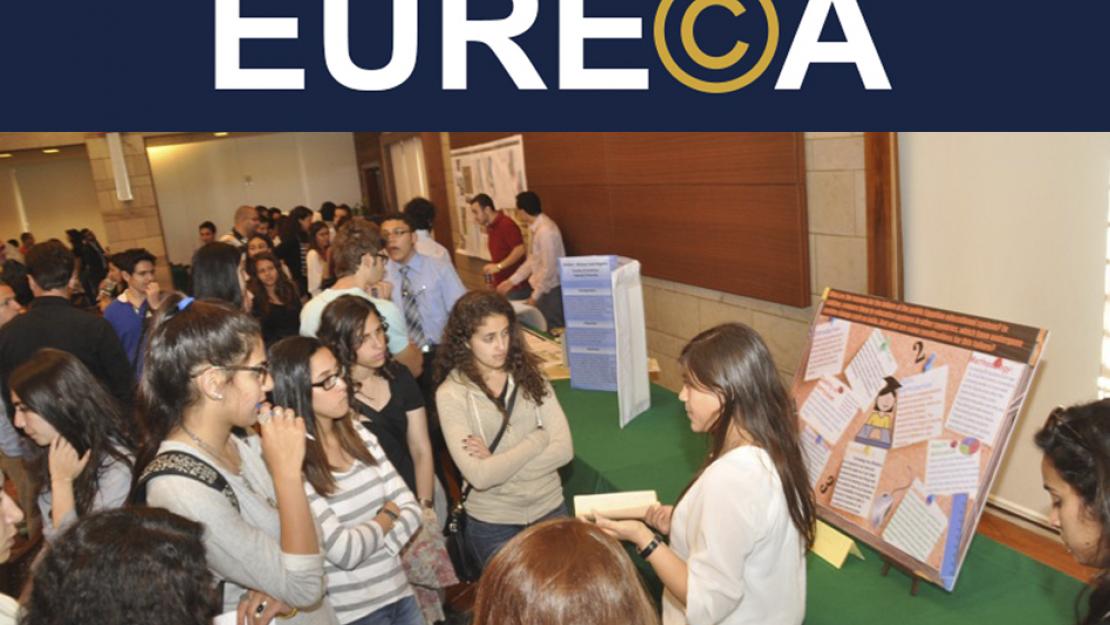 El Serw is one of 88 undergraduate students from different academic disciplines who will be presenting their research at the 11th annual AUC Conference for Excellence in Undergraduate Research, Entrepreneurship and Creative Achievement (EURECA). This year’s conference will feature posters by First-Year Research Experience students, two historical re-enactments, a literary salon, undergraduate research scholars circle meetings, as well as an experiential Creatopia, or creative thinking day, celebrating World Creativity and Innovation Week. The day will feature workshops on design thinking, game design and comic production; educational games designed by students; as well as the Creative Community Carnival, with student musicians, artwork, architectural models and a talent show.

“EURECA is an opportunity for students to share their original research work, sharpen critical, creative thinking and expression skills; and engage in interdisciplinary dialogue,” said Amani Elshimi, director of undergraduate research at the Office of the Dean of Undergraduate Studies.

Following are some highlights of student research that will be presented at the conference:

Aiming to preserve undocumented history and record untold stories, Omar El Sherbiny, who is double majoring in physics and engineer, is presenting his research titled “Education in North Sinai, 1930s – 1960s,” which documents education in Northern Sinai under the regimes of King Farouk, Gamal Abdel Nasser and the Israeli occupation from 1967 to 1982. “My research primarily focuses on education under the Israeli occupation and offers insight into the resistance of the residents living in the city of Al Arish,” he explained.

While traveling to Sinai in present times might be considered a risk to some people, El Sherbiny traveled to North Sinai to conduct interviews. “It was essential for my research to conduct interviews with Ali El Kassas, who is a well-known prominent educational administrator during the Israeli occupation,” he said “Conducting the research in a narrative form provides an alternative to the Egyptian state narrative, which portrays Sinai residents as treacherous infidels who work for Israel and infiltrate the Egyptian community.”

“Sinai residents are often described as tunnel traffickers,” El Sherbiny continued, “and as a result of these accusations, they are marginalized in their own country.” El Sherbiny’s research demonstrates how Sinai residents were not passive recipients of the status quo, but rather, were active participants in shaping their future. “My research documents social life in North Sina -- a documentation that is rarely spoken about.”

In admiration of Coptic artwork, Gannah El Sabbagh is displaying her painting of a peacock drawn on natural wood. “The painting consists of a peacock that was commonly used in Coptic art because it reflects how God is watching over us,” she said. “The pigments used are all natural like the ones used in old times. They were emulsified using egg yolk, vinegar and water in specific proportions.”

El Sabbagh’s painting was completed as part of her final project for the Coptic art and architecture course. “There are many interesting courses at AUC that students need to learn about,” she said. “I’m thankful for the opportunity to take this course because it’s a rare and unusual skill to learn.”

EURECA not only helps familiarize undergraduate students like El Serw, El Sherbiny and El Sabbagh with the process of presenting scholarly work, it also gives them the opportunity to network and interact with other students and faculty members.  “Since I first heard about EURECA during my sophomore year, I have always wanted to present there,” said El Serw. “This year, after finishing my thesis defense and traveling to present at an international biology conference in Athens, I am excited to be taking part in EURECA along with my friends in the biology department.”

The EURECA conference will be held from April 17 to 18 at AUC New Cairo Campus. For more details about the conference schedule, click here.