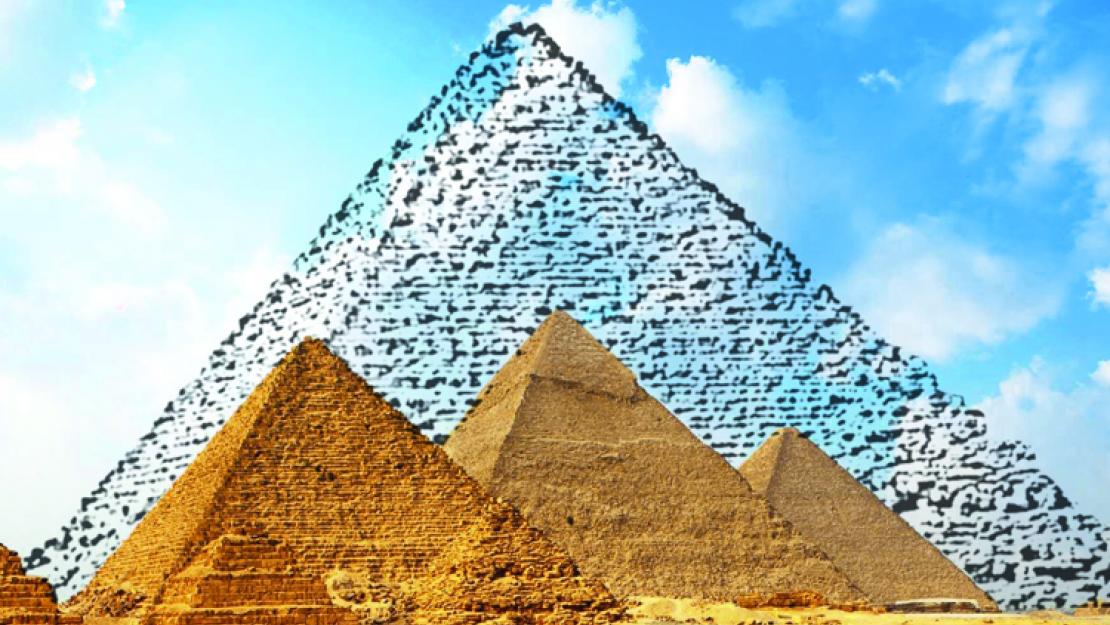 Over the past three years, AUC has reduced its carbon dioxide emissions by nearly 4.25 percent. Even though there were healthy reductions in emissions from heating, ventilation and air conditioning (HVAC), as well as electricity, paper and water use, these reductions were offset to a significant extent by increases in emissions from transportation and refrigerants.

These results are highlighted in the 2015 carbon footprint report, which –– for the first time –– measures AUC New Cairo’s carbon dioxide and greenhouse gas emissions over the span of three years, not just one: from academic year (AY) 2012 to AY 2014. The results of the report will be discussed in a presentation titled “Understanding AUC’s New Carbon Footprint Report,” which will be held on Wednesday, May 6 from 1 to 2 pm in the Conference and Visitor Center, room P021.

“For the first time, you have three years of reliable data, and you can see trends and make comparisons,” said Sustainability Director Marc Rauch. “By measuring the total greenhouse gases released into the atmosphere as a result of our daily activities and campus operations, we understand the impact of these activities on global warming and we see the big picture of how we use scarce resources such as natural gas, electricity and water.”

“We found that almost 95 percent of AUC’s carbon footprint is due to energy used for three systems: HVAC, lighting and transportation,” emphasized  Rauch.

At the heart of this study is a concern for Egypt’s vulnerability to the effects of global warming. Rising sea levels could displace large numbers of the country’s coastal population in cities such as Alexandria and Port Said, while also destroying precious farmland in the Delta. Changes in rainfall from global warming may also affect the flow of the Nile from its source in Ethiopia, leaving the agricultural sector –– and all of Egypt –– with a less predictable supply of fresh water.

“Measuring our carbon footprint is a logical step toward reducing energy bills and carbon emissions, and toward fulfilling our responsibility as an institution toward climate change in a cost-effective way,” said Assistant Professor of Sustainable Design Khaled Tarabieh, who helped spearhead research and writing of the report. “The report is the first in the Middle East and North Africa region to assess the performance of campus-wide sustainability policies, offering a simple method that is applicable to other institutions at both the national and regional levels.”

Between AY12 and AY14, AUC’s carbon footprint decreased by 1,611 metric tons of carbon dioxide equivalent (MT CO2e), so that it currently measures approximately 36,100 MT CO2e. The report outlines reductions and increases for the six main contributors to AUC’s greenhouse gas emissions as follows:

AUC achieved an impressive reduction in emissions from heating, ventilation and air conditioning –– one of the major sources of greenhouse gas emissions. “Three years of aggressive energy conservation measures, focusing on the efficient management of HVAC as the biggest energy user on campus, has resulted in a 22 percent reduction in emissions from this category,” noted Rauch, adding that AUC’s overall energy use intensity and its level of carbon emissions per full-time equivalent student now place it in the middle third of American universities that operate in hot-dry climates similar to Cairo’s, including Arizona State University and the University of California, Los Angeles.

However, Rauch noted that most of the emissions savings in the HVAC category were attributable to using less chilled and hot water. There was not as beneficial a reduction in emissions from electricity used to operate the HVAC system throughout the campus.

AUC’s power plant also features co-generation, a process of capturing and recycling waste heat from electricity generators to produce almost half of the hot water used on campus without burning additional natural gas. “Without co-generation, AUC’s carbon footprint would have been nearly 3 percent larger than it is,” Rauch said.

Paper
There has been a steady decline in the use of paper at AUC New Cairo, which resulted in a 21 percent reduction in emissions. “This is probably because the world is changing and people are tending to look at things online, rather than printing hard copies,” affirmed Rauch. “Almost everything has become digitized now.”

Water
From AY12 to AY14, AUC switched to treated wastewater, or recycled water, for irrigation of campus landscaping, instead of domestic (drinking quality) water. “It requires significantly less energy, more than 40 percent less, to bring treated wastewater to the campus than it does to bring domestic water, hence the big reduction in emissions,” said Rauch. “By recycling water, we are not only saving energy, we are also helping to save scarce drinking water and to confront the regional water scarcity issue.”

In addition to using recycled water, AUC introduced conservation measures for domestic water, such as installing water-saving plumbing fixtures. “In some campus buildings, such measures reduced domestic water consumption by up to 40 percent,” Rauch said.

Transportation
After the University’s recent bus service optimization plan, which included the consolidation of some routes and time slots, the number of faculty, staff and students commuting by car increased by more than 40 percent compared to AY12, which had the negative consequence of increasing carbon dioxide emissions. “Car commuters accounted for 76 percent of emissions in AY14, compared to only 24 percent for those commuting by bus,” said Rauch.

Despite this increase in car commuters, a 2014 online transportation survey showed that more than two-thirds of AUC faculty, staff and students now live in the six Greater Cairo areas closest to the New Cairo campus. “This, of course, reduces the daily commuting distances, which over the long run will help reduce carbon dioxide emissions from commuting,” explained Rauch.

In addition, measures taken to encourage carpooling resulted in having 45 percent of people carpooling at least once a week in AY14, compared to only 19 percent in AY12.

Refrigerants
Carbon dioxide emissions from the use of refrigerants on campus increased by 13 percent from AY12 to AY14. “This is largely due to the installation of more standalone air conditioning units that use refrigerants, in addition to increased maintenance of equipment where refrigerants are used,” Rauch said.

Among the recommendations outlined in the report are:

Transportation
1)    Adopting incentives for AUC community members to use buses rather than cars
2)    Rewarding carpoolers by giving them preferred parking areas
3)    Converting the University’s own transportation fleet to natural gas
4)    Encouraging more faculty, staff and students to live closer to the New Cairo campus

Lighting and Electrical Equipment
1)    Raising awareness for office occupants to turn off lights, computers and other equipment at night and on weekends
2)    Converting to LED lamps and solar-powered lighting

Water Supply
1)    Increasing the number of times water is circulated through the AC cooling towers
2)    Reducing the amount of treated wastewater needed for irrigation
3)    Increasing the use of drought-resistant grass, plants, shrubs and trees for campus landscaping to reduce the need for water

“This report is data-intensive work that required collaboration and detailed auditing,” said Tarabieh. “Developing a systematic way for data collection is a critical part to sustain the effort for years to come. The team spent time and effort to institutionalize the process so it sustains itself for the future, and we are proud of our work and ready to disseminate it to other institutions.”

Photo caption: The black pyramid's dimensions (nearly eight times the size of the Great Pyramid by volume) represent the volume of greenhouse gases (mainly carbon dioxide) emitted by AUC in the academic year 2014 (September 1, 2013 to August 31, 2014)