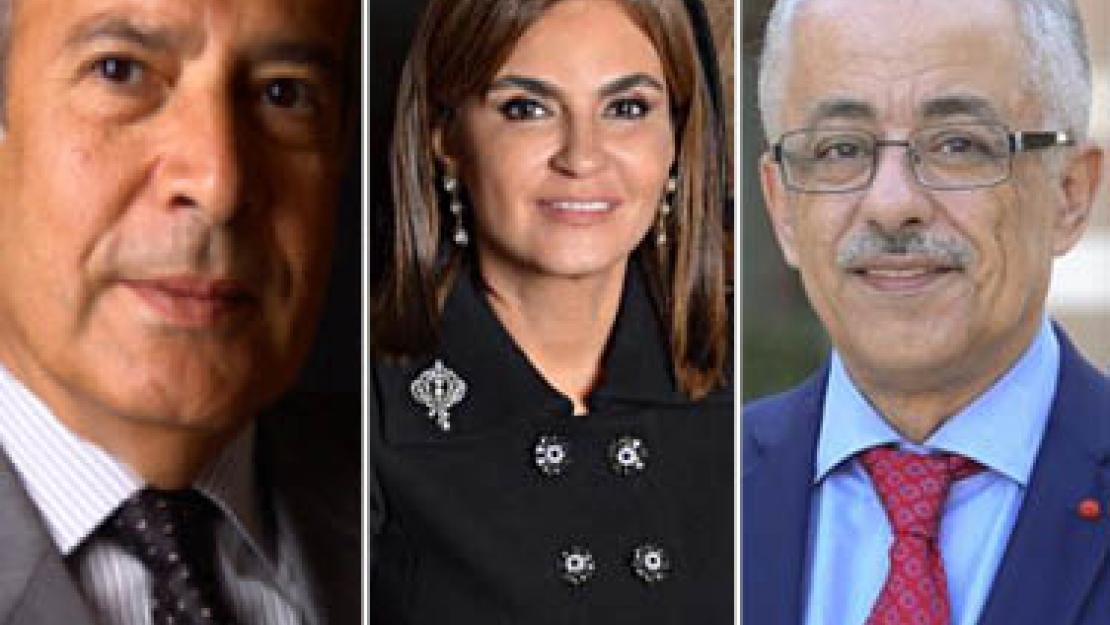 Out of the nine newly appointed Egyptian ministers, three are members of the AUC community:

Nasr, who has been minister of international cooperation since 2015, has seen her title expand to also include the investment ministry. With more than 25 years of experience in economic development, she most recently was a leading financial economist in the World Bank’s Finance and Private Sector Development Department for the Middle East and North Africa and the regional program manager for the Micro, Small, and Medium Enterprises facility in the same region. Nasr graduated from AUC with highest honors, earning both her bachelor’s and master’s degrees in economics. She also served as a faculty member in the Department of Economics. In recognition or her academic accomplishments, Nasr was honored by the Supreme Council of Universities.

El Sherif has long been considered a leading authority in business, development and technology in Egypt and the Middle East. Previously serving as the head of the Cabinet’s Information Decision Support Center and founding chair of the Regional Information Technology and Software Engineering Center, he is also co-founder of Nile Capital and chairman of IT Investments. El Sherif has received many awards and honors in recognition of his contributions to society, such as the Egyptian First Order Medal of Science and Arts and a French Knighthood. El Sherif graduated from AUC with a diploma in management and received his PhD from MIT in business and engineering. In 2003, he received AUC's Distinguished Alumni Award. El Sherif was also an AUC faculty member for many years.

Previously dean of AUC’s School of Sciences and Engineering, Shawki is chair of the Specialized Presidential Council for Education and Scientific Research as well as secretary-general of all specialized councils affiliated to the Egyptian presidency.  He had a long career at UNESCO as a technological and educational specialist, eventually becoming director of its Regional Bureau for Science in Arab States. A distinguished academic and international education executive, Shawki holds a PhD from Brown University and was a professor of theoretical and applied mechanics at the University of Illinois, Urbana-Champaign.