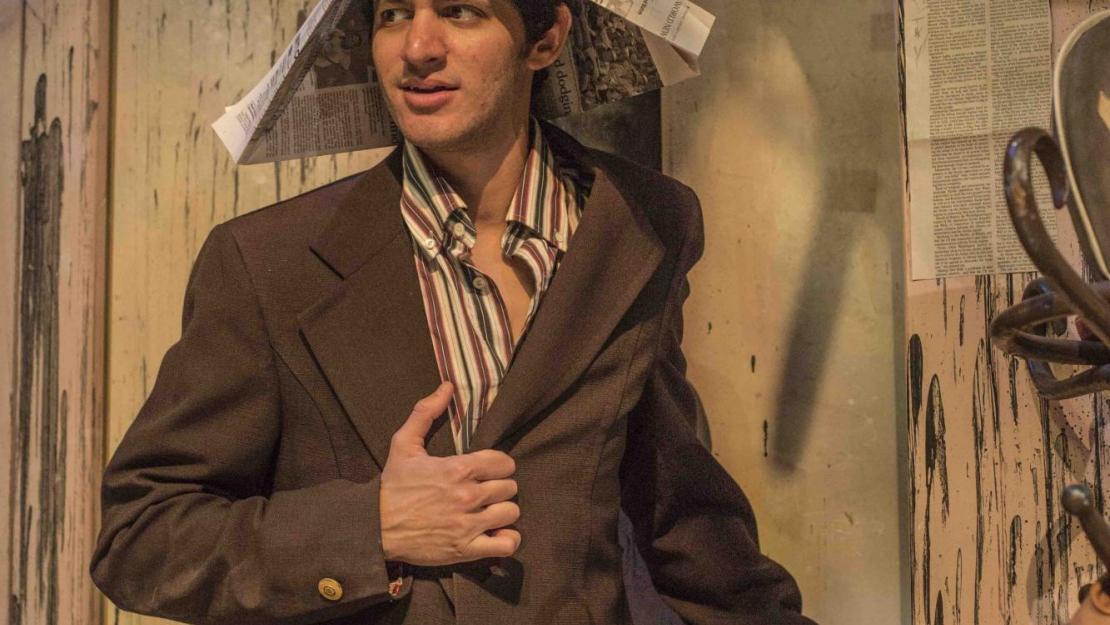 Tonight, Theatre X, a newly formed professional theatre company at AUC, will premiere its first ever production, American Buffalo, at The Gerhart Theater, AUC New Cairo. Shows will take place on February 8-10, 12-18 at 7:00 pm. Tickets cost LE 60 and may be purchased every day at the Malak Gabr Arts Theater box office or may be reserved by calling 010.6784.7109.

The crew for American Buffalo is comprised of 13 AUC students and alumni, and the cast is made up of two graduates from the Royal Central School of Speech and Drama, including Jason Will, visiting instructor in the Department of Arts who has spearheaded the creation of Theatre X, as well as one current AUC theatre student, Pola Kamel. Theatre X has also been working remotely with a director from the United States in the production of this play.

American Buffalo is written by David Mamet, a Pulitzer Prize winner and Academy Award nominee, who gained acclaim for his trio of off-Broadway plays, including American Buffalo. The play tells the story of three ambitious but immoral men who plan a heist during one long day in an old junk shop. This fast-paced drama is aggressive and comedic, and has become regarded as a modern masterpiece.

The name Theatre X is derived from the algebraic symbol X, “which stands for an unknown quantity, implying a theatre of unlimited possibility,” explained Will, adding that Theatre X is a professional theatre company specializing in classical and contemporary theatre pieces that will be performed in The Gerhart Theater at AUC New Cairo. Theatre X will primarily perform small-scale productions with current AUC theatre students, alumni, faculty and local and international professionals in all areas of theatre.

Theatre X is a particularly unique venture in that it combines the experiences of the AUC theatre program with a professional theatre. According to Will, Theatre X is dedicated to fostering collaboration, developing the art of the ensemble performance, honoring the integrity of the artistic process, and inspiring generosity toward the creative process, fellow artists and the audience.

The newly formed Theatre X developed out of President Francis J. Ricciardone’s call to expand the arts department’s programs open to the wider Cairo community. “The area around AUC in New Cairo is becoming more and more a central point for evening and weekend entertainment," said Will. "Instead of going to the same café or mall, AUC would be able to offer people a unique option on a Friday evening, perhaps between a Metropolitan Opera screening and the latest play staged by Theatre X, or even an outdoor concert put on by the music program.”