Taher Family: A Legacy of Changing Lives at AUC 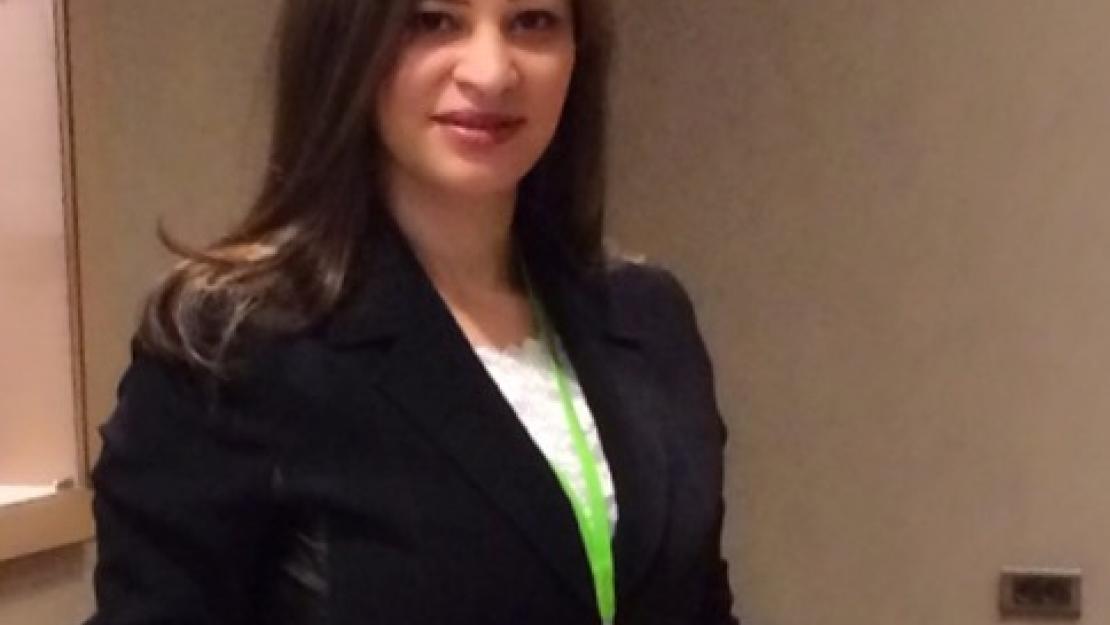 Ruba Kharbatli ’07 is the first recipient of the Nashwa A. H. Taher Arab Women Scholarship at AUC

When Ruba Kharbatli ’07 came to AUC in 2002 as one of the first recipients of the Nashwa A. H. Taher Scholarship, she dreamed of empowering her fellow Palestinians to become global leaders. Today, 14 years later, Kharbatli is on the path to making her dream come true, working as a diplomat in the International Cooperation Directorate at Palestine’s Ministry of Foreign Affairs.

For Kharbatli, the opportunity to study at AUC made all the difference. “Being part of AUC has been one of the best experiences of my life,” she said. “I will always be grateful to the Nashwa Taher scholarship for boosting my confidence and inspiring me to realize my dreams to develop an innovative and creative society where individuals stand the chance to become global players.”

Kharbatli is one of many who have benefited from the Taher family’s contributions to the University. Starting with the late businessman and philanthropist Abdulhadi Taher, who established the Abdulhadi H. Taher Professorship in Comparative Religion at AUC in 2002, today his children Nashwa and Tarek Taher follow in his footsteps, creating opportunities and transformative experiences for students.

A philanthropic leader and one of Forbes Middle East’s Most Influential Arab Women in Family Business, Nashwa Taher established the Nashwa A. H. Taher Arab Women Scholarship at AUC in 2004 to equip women like Kharbatli with the knowledge and skills they need to actively participate in their communities. Her contributions not only impacted the Arab students she supported, but also helped endorse the concept of diversity as one of AUC’s core values.

“It is imperative for women to empower themselves through education and knowledge,” said Nashwa Taher, vice president of Al Taher Group of Companies and one of the first Saudi women to be elected as a board member in Jeddah’s Chamber of Commerce and Industry. “Arab women in particular need to have a voice and should be able to present their culture and heritage to the world. Investing in women’s education is key if nations are to progress and develop.”

And this investment has paid off. Recipients of the Nashwa A. H. Taher Arab Women Scholarship now occupy leadership positions in different parts of the Arab world, as well as the United States. In the process, they have not lost sight of their identity. “Now that I am not in my home country, I feel an even greater responsibility to reflect a positive image of Palestinians,” said Reem Dmeiri ’07, who serves as senior internal auditor in Abu Dhabi Airports Company. “While at AUC, I made some amazing friendships that continue to last until this day and, most importantly, I was given the chance to grow as a person in ways I could never have imagined. … I am forever indebted.”

For Rania Maree ’06, who studied broadcast journalism at AUC, the opportunity to give back is what continues to drive her. Maree now manages her own public relations firm in Ramallah, focusing on empowering women. “Offering the needed education for youth in the Middle East is very crucial and certainly noble,” she said. “So I really appreciate the opportunity I got, and based on that, I am sharing this education with as many Palestinian youth as possible through my work in public relations.”

In addition to scholarships, the Taher family is helping to promote global citizenry, peace and tolerance through the Abdulhadi H. Taher Professorship in Comparative Religion.

Over the past 14 years, this endowment has brought four experts in comparative religion to AUC, including Bradley Clough, who now teaches Buddhism and Hinduism at the University of Montana; Paul Fisher, who teaches Chinese religions at Western Kentucky University; Jason Blum, who teaches philosophy at AUC, and Ananya Chakravarti, who now teaches Asian religions at Georgetown University.

Reflecting on her time at AUC, Ananya Chakravarti explained that comparative religion challenges students to think critically about the world around them. “In our classes, we [talked] a lot about the intersection between religion and politics,” Chakravarti explained. “It’s amazing to see how the students can step back from everything that’s around them and still take a critical stance, to think critically and thoughtfully about the world around them.”

Chakravarti pointed out that AUC’s unique geographic position makes it an ideal place to both teach and learn about world religions. “Given everything that’s happening in Egypt and the world right now, I can’t think of a better place for students to be prepared to understand what’s going on around them, to think about it and to engage with it,” she said.

This semester, the Department of History is also hosting a series of public lectures on comparative religion as part of the Abdulhadi H. Taher professorship. The series brings distinguished guest lecturers and visiting professors from around the world to AUC.

In February, Elisabeth Kennedy, an independent scholar, presented three lectures on Abrahamic religions. Her first two lectures centered on “the literary representations of Egypt in the Hebrew Bible, and the historical interactions between Egypt and the Jewish people,” Reimer explained, while the third “treated the critical topic of asylum, as it was conceived and practiced toward migrants and refugees in the ancient Near East, comparing ancient law and custom with current practices with respect to these groups.”

The series also included two lectures examining religious violence by Mark Juergensmeyer, a distinguished professor of the sociology of religion from the University of California-Santa Barbara and director of the Orfalea Center for Global and International Studies. Analyzing pressing issues in today’s world, Juergensmeyer discussed both “The Global Rise of Religious Violence” and “How Can ISIS End?” Juergensmeyer also shared his expertise with AUC faculty members at a pedagogy seminar titled, “How to Teach World religion When You Don’t Know Anything About It.” Co-sponsored by the Center for Learning and Teaching, Juergensmeyer offered advice on handling religious topics and controversies in the classroom.

Comparative Religion in the Classroom

This semester, Jason Blum is teaching a survey course, Religions of the World (CREL 2603), which will introduce students to major religious traditions from around the world.

Teaching diversity and tolerance, courses in comparative religion examine a range of issues throughout history and today, Blum noted. “The collections of beliefs, practices and traditions that we call religions have played a pervasive and profound role in shaping human history,” explained Blum. “They have defined societies; encouraged and resisted intellectual, economic and cultural change; and have been powerful influences in the realm of politics. And this is just as true today.”

In this way, education and scholarship empower students to be active members of the global community. “Religious literacy,” Blum noted, “ means not only basic familiarity with religions, but the ability to think critically about them. This is a necessary aspect of any undergraduate education, preparing our students to engage the world as well-informed, reflective and thoughtful global citizens.”