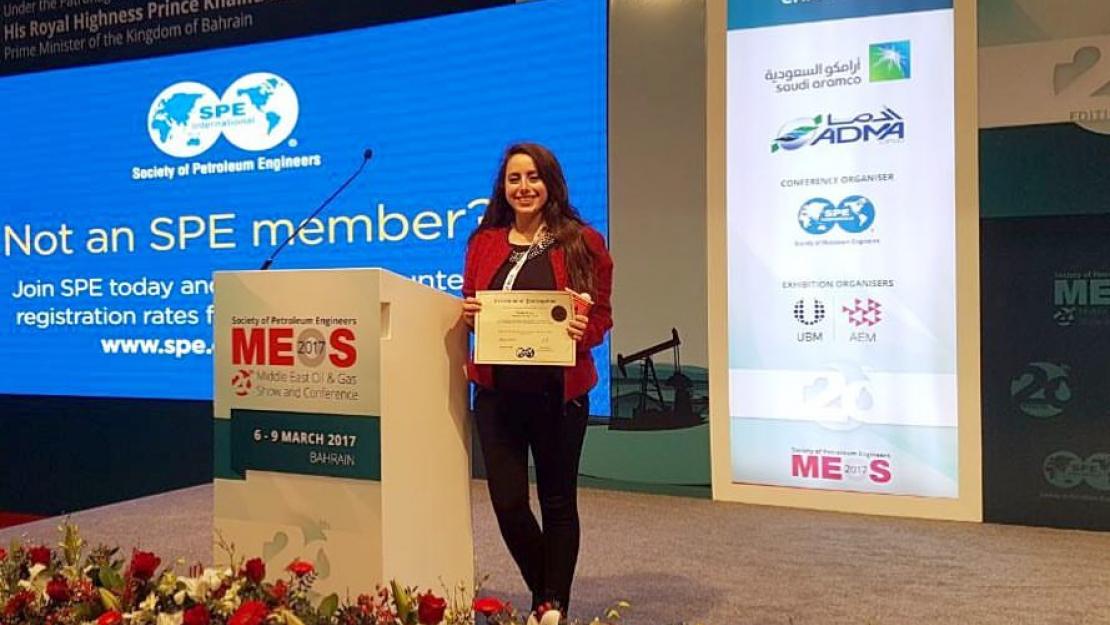 This semester, AUC has witnessed students achieve feats in a variety of fields, succeeding in local and regional competitions that qualify them to move on to represent AUC, Egypt and the MENA region in competitions at the international level.

The AUC team, composed of students, Toka ElWazery, Nora Mashhour, Yara Hashem, and Farah Ibrahim, came in first against 12 other Egyptian universities competing in the local round of the CFA Institute Research Challenge this year. Their team was tasked with the analysis of the publicly traded company, Juhayna, and asked to submit a written report, concluding with a buy, sell or hold recommendation. The team then presented their findings in front of a panel of industry professionals. Students were met with immediate job offers from influential figures in the finance industry in Egypt, pointing to the prestige associated with the challenge.

In the last six years, AUC teams have advanced to regional competitions in London (2012), Milan (2014), Chicago (2016) and, finally, Prague this year.  “One reason for the success of AUC teams in winning the local competition for many years now is that we have a very unique way in identifying and selecting the strongest team to represent AUC in the local competition,” said Aliaa Bassiouny, faculty adviser to the team.

Selected from a pool of over 1,450 entries from more than 175 colleges and universities, four AUC students have been awarded first place prizes at the Broadcast Education Association (BEA) Media Festival of Arts competition. AUC’s Department of Journalism and Mass Communication (JRMC) had five project submissions.

“This is the fourth consecutive year that JRMC has had award winners. Winning BEA awards puts AUC and JRMC on the international map,” said Kim Fox, associate professor of practice in the Department of Journalism and Mass Communication.

Abdallah Abdeldayem (‘17) won first place for Student Audio in the Educational Program category for his project, "More Than Just a Game: A Documentary About Professional Video Gaming in Egypt.”  “It felt great to be noticed for the work I put in this documentary,” said Abdeldayem. “Moreover, going through the JRMC curriculum helped me find my passion for creating content.”

“The highlight of producing these pieces would be being thrown right in the midst of the forum and the strike and being expected to deliver a piece under a 24-hour deadline,” reflected Gaballah.

AUC students, Yomna Gaafar, Yasmin AboGazia, Youssef Kassem and Pierre Sherif, was recognized as the runner-up team at this year’s Copenhagen Business School Case Competition. The event presents participants with a current real-life business problem a company is confronting.  Participants are given the opportunity to experience challenges they may face when entering the business world after graduating.

This year, Farah Fawzy of the Department of Petroleum and Energy Engineering is the first AUCian as well as the first Egyptian female to win first place at the Regional Student Paper Contest at the Bahrain Oil and Gas Conference. The competition featured research projects of students from top universities in the MENA region and Fawzy will now go on to compete in the international round in October at the Society of Petroleum Engineers Annual Technical Conference and Exhibition in San Atonio, Texas.

Fawzy, and her teammates and fellow majors, Ola Hussein and Abdelaziz Mahmoud, also participated in the Petrobowl Championships at the same conference and have qualified for the semi-finals, marking them as the first Egyptian team to enter the international championship. They ranked among the top four university teams of the MENA region, and India, and will go on to compete in Texas as well. This feat was particularly impressive, as their team was made up of three undergraduate students, competing against larger teams of master's and PhD students.

The AUC team, made up of Claire McNally, Rasheed Idou, Mohamed Kouta and Ahmed el-Shiekh, recently competed against other local universities at the national round of the Jessup Inernational Law Moot Court Competition. AUC came away with the Best Oralist Award, second-best Oralist Award and the Best Memorial Awards for written briefs. The team has now qualified to compete in the International Finals, to take place in April in Washington, D.C.

In the competition, teams must simulate court proceedings before the International Court of Justice. This year’s case has students attempting to weigh a state’s sovereign right to exploit its natural water resources against the rights of other states, in addition to issues of cultural property of indigenous peoples. Mohamed Kouta, AUC student double majoring in political science and English and comparative literature, appreciated the competition as “a refreshing break from the theory and study of law” and a memorable opportunity to explore practicing law in depth. “I was standing just a few feet away from the best lawyers in Egypt, arguing development and indigenous rights. It was very intimidating at first, but, that only made it all the more rewarding in the end,” he said.

Reflecting on his teammates’ individual concentrations and roles he noted, “We tried to help each other overcome our individual challenges, pushing the whole team forward.”