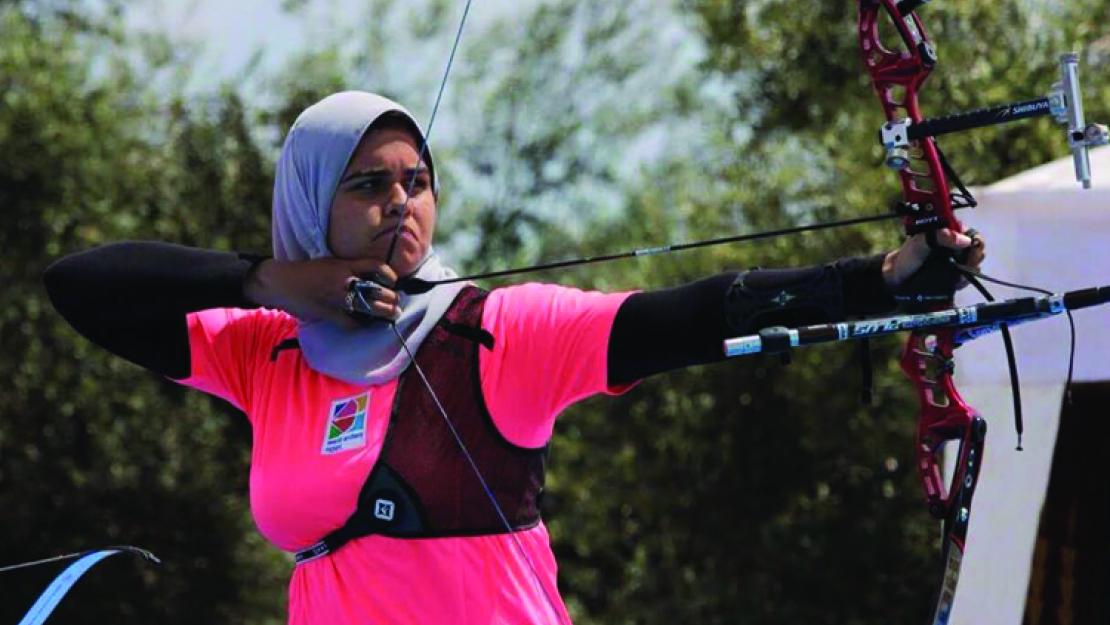 With only one week left to the 2016 Olympics, four AUC students and one alumna are competing in the games to be held from August 5 to 21 in Rio de Janeiro, Brazil.

Two students will compete in the synchronized swimming competition, one student in the 10k open swim event and one alumna will take part in the archery event:

Competing in national swimming competitions since she was 7 years old, Abdel Moez has spent most of her life training six to eight hours a day. “I used to go to training every day after school directly and finish at 11 pm," recalled Abdel Moez. "My teammates are no longer teammates; they are my family. We help each other in everything. We stand for each other and always have each other's backs. Through our coach and regular training, we were taught what it takes to be strong, competitive athletes. You must be independent, responsible and work as a team. From here, I became loyal to my team, committed to my training and attached to my sport.”

Advising young athletes, Abdel Moez said, "Don't give up; it's always worth it. I know we miss almost every outing, every family gathering and every trip, but we are champions, and this will impact us in so many different ways and will help us build a better personality."

Kassem, the first Egyptian and Arab female to qualify for the Olympics in the 10k open swim event, also started synchronized swimming from an early age. However, after beginning her studies at AUC, she discovered her talent in marathon swimming and since then focused on open water races. She holds Egyptian records for 800 and 1,500-meter marathon races. “In Rio, it will be really tough because the top 10 swimmers from the world championship will be there,” said Kassem. “Competing with them, the race will be so much faster and harder. So I’m really pushing to do my absolute best during practice. I’m raising my expectations because I need to keep up with all the top athletes I see on TV.”

Kassem also qualified for the Marathon Swimming Olympic Games Qualification Tournament in Setubal, Portugal last June as the top competitor from Africa. “It’s every athlete’s dream to be in the Olympics, and it has always been a really big goal for me,” she said.

The only woman from the Egyptian National Archery Team to qualify for the Olympics, Mansour also won the silver medal in the African Archery Championship in Windhoek, Namibia. For Mansour, getting to the Olympics has been a goal of hers since she was 11 years old.

"The hardest challenge is balancing our studies and grades on the one hand and going to table tennis practice daily and concentrating in the tournaments on the other,” agreed cousins Yossra Ashraf and Dina Meshref. “Sometimes we’re in a table tennis tournament, and we also have to be studying or catching up on things we missed in school," they added.