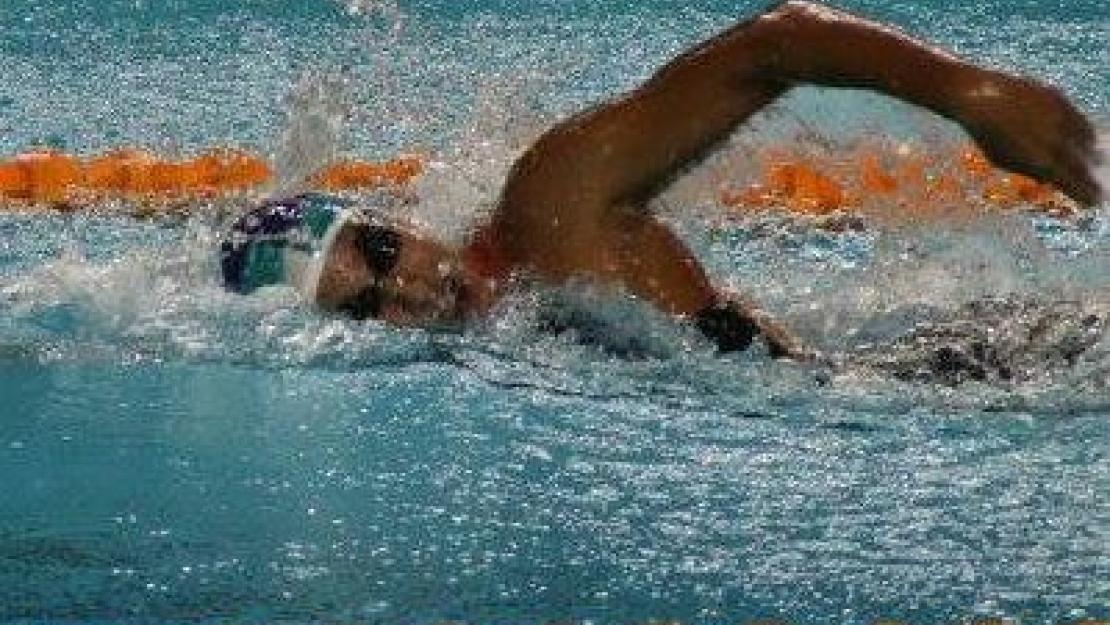 Reem Kassem, architectural engineering junior, is the first Egyptian and Arab female to qualify for the Olympics in the 10k open swim event. She is set to compete in the 2016 Olympic Games to be held in Rio de Janeiro next month, from August 5 to 21.

Kassem qualified at the Marathon Swimming Olympic Games Qualification Tournament in Setubal, Portugal last June as the top competitor from Africa, swimming against some of the sport's top athletes. “It’s every athlete’s dream to be in the Olympics, and it has always been a really big goal for me,” Kassem declared.

Although there are also 5k and 25k races in marathon swimming, Kassem focuses on the 10k because that is the only Olympic event, first added to the Olympic Games in Beijing in 2008. For her, the qualification tournament in Portugal was a real challenge. “We were 48 women, and everyone was fighting to their last breath because they want to go to the Olympics. It was crowded, really tough and so important for all of us.”

Part of the challenge was the Portuguese waters. “The ocean in Portugal is not easy at all; the current there is really strong,” explained Kassem. “That’s why the competition took place in Portugal: to put us in the toughest environment.”

Open water marathon swimming isn’t just about stamina, Kassem noted. If you swim in the ocean or sea, every single race is different. “You have to adjust to the current, waves and water temperature,” she said. “In the pool, you know what you are going to do; you train for it and have the pace and everything set, and then you repeat it all in the competition. In the marathon, it’s completely different. You’re constantly having to adapt to the circumstances. If you’re lucky, the water will be warm, like I am used to here in Egypt.”

A swimmer since age 4, Kassem first started in synchronized swimming and moved on to the 800 and 1,500 meter races in the pool. She holds the Egyptian record for both.

Training for competition in the pool is demanding, Kassem noted, but once she started at AUC, one of her coaches advised her to try out marathon swimming. As she discovered her talent in the sport, she started focusing her energy on marathon races.

Kassem still swims in the pool every day and travels to Alexandria or Sharm El Sheikh every weekend to swim in the sea. With training nine times a week, life as a full-time University student has its own set of challenges, particularly as an architectural engineering major. “It’s a really tough major and requires a lot of work, but I try my best to balance it with practice and it works for me,” she said, adding, “People have this stereotype that athletes are failures in academics. But I know I can do it, and I chose this major because I really want it.”

Before coming to AUC, Kassem was offered a full scholarship to swim at a university in the United States, but didn’t go because the school would have required her to study business. “I’ve always been interested in architectural engineering,” she said. “It’s a really creative field where I can express my ideas. AUC gave me the opportunity to do that while continuing to train.”

Kassem also noted the value of staying close to her support system in Egypt of family, friends, teammates and the AUC swimming coach Louise Bertini. She also swims on the AUC team and recently helped the team earn second place at the 43rd National Universities Tournament.

With her recent success in qualifying for the Olympics, Kassem is training diligently, knowing that she will face the most intense competition yet in her young career. “In Rio, it will be really tough because the top 10 swimmers from the world championship will be there, which wasn’t the case in Portugal,” she said. “Competing with them, the race will be so much faster and harder. So I’m really pushing to do my absolute best during practice. I’m raising my expectations because I need to keep up with all the top athletes I see on TV.”

Still, Kassem can’t help but get caught up in the excitement of the Olympic spirit. “I’m really eager to meet some of my role models, and I can’t wait to see how Brazil has organized the whole thing,” said Kassem.

Who is she hoping to meet in person? “Of course, Michael Phelps and also Ryan Lochte.”

In her own sport, Kassem pointed out Brazilian swimmer Ana Marcela Cunha. “I’ve seen her a lot of times, and she’s one of the toughest competitors in the swimming marathons,” Kassem noted. “She’s really great.”

Kassem herself may be a role model for young Arab women. “I’m excited to set a new standard in swimming marathons for all Arabs and to make them proud,” she said.