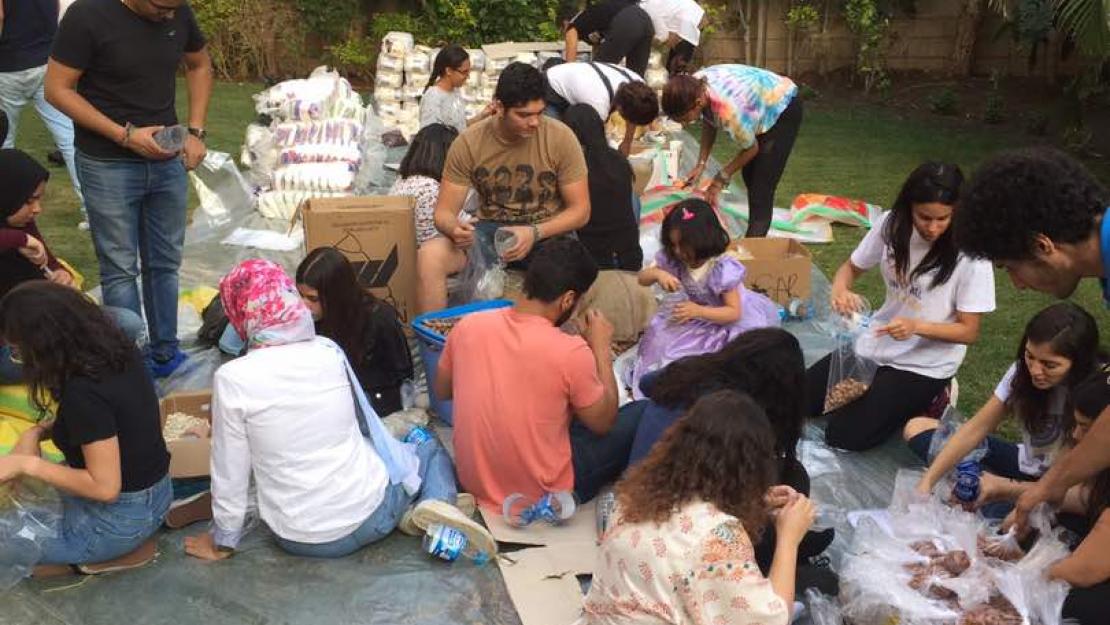 Even with finals and the end-of-year rush, each year, AUC students choose to dedicate their time to serving those in need during the month of Ramadan. From Fayoum to downtown Cairo to Upper Egypt, student clubs are spreading their Ramadan spirit of giving all throughout the country this year.

The Volunteers in Action (VIA) club has been working on their Iftar to Go initiative, a project which aims to deliver hot meals daily to various orphanages during the month of Ramadan. The club has already raised nearly LE 21,000 and has plans to distribute almost 870 meals.

“Nothing’s greater than working alongside your team toward one common goal, especially when that goal is tied to drawing a smile on someone’s face and helping those in need. It’s beyond rewarding, and we can’t be more thankful for the opportunity,” said Naela el Sherbiny, VIA’s micro-projects head.

VIA is also committed to continuing its tradition of preparing Ramadan packs with basic food supplies to be distributed. This year LE 417,441 were raised for packing, which helped to fund the 1,142 packs that were distributed.

The Student Union (SU) is holding its annual charity iftar maeda by AUC Tahrir Square for underprivileged families in downtown Cairo. “This tradition has been ongoing for more than 20 years now, and many families depend on us to survive the holy month,” said Mohamed Amr Gadalla, political representation chairperson of the SU.

The SU has been collecting donations and gathering volunteers to be able to serve 100 iftar meals every day throughout the month of Ramadan, each meal costing 27 pounds.

The student service club, Mashroo3 Kheir, concentrated on Fayoum this Ramadan. Members prepared and distributed their packs in May, helping families stock up in time for the busy month. The Ramadan Kheir packs were made up of oil, rice, pasta, sugar, raisins, peas, ghee, dates and hibiscus.

“On May 25, two-hundred bags were packed and distributed in Fayoum. About 40 people joined in to help us organize the packs, and ten were involved in distributing to families throughout the city,” noted Farida Amr El Soueni, president of Mashrou3 Kheir.

In order to raise funds, the club has been selling Ramadan accessories and decorations, such as fanoos, mugs, pillows and t-shirts. 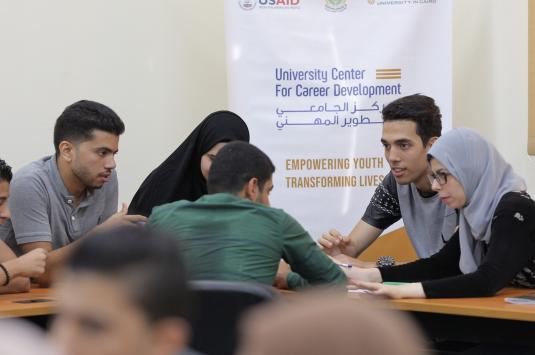