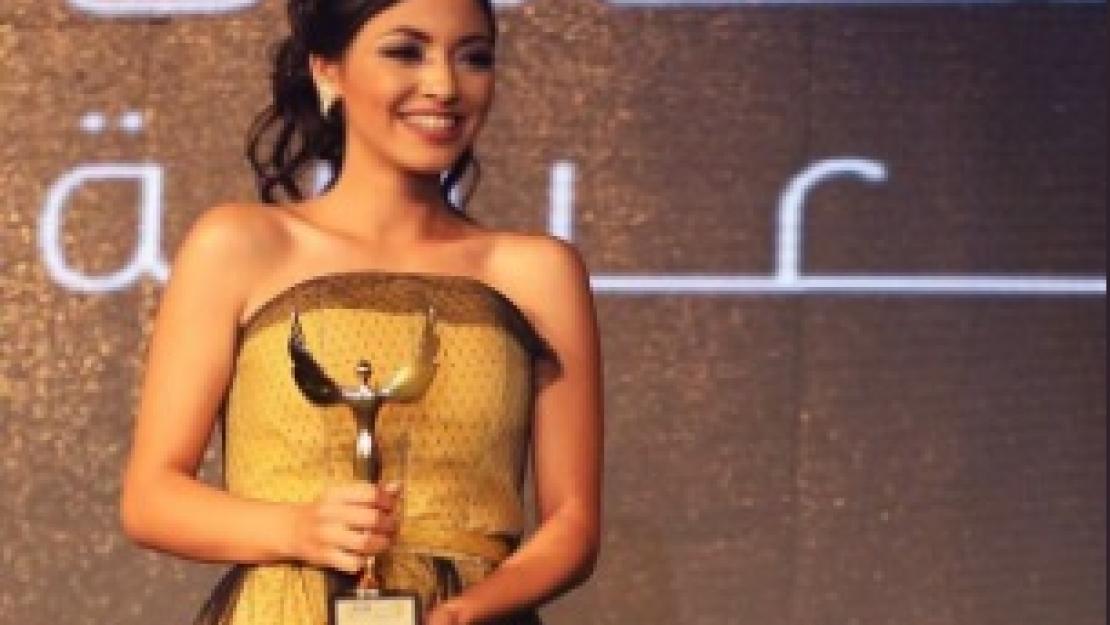 Psychology sophomore May Elghety rises to stardom, courtesy of @Mayelghety
By
Aliah Salih

At the age of 17, May Elghety became the youngest Egyptian actress to attend the Cannes Film Festival. The AUC sophomore, majoring in psychology and minoring in film, was invited for her role in the groundbreaking sociopolitical film, Eshtebak (Clash) in 2016.

Elghety grew up around lights, cameras and stacks of scripts. Her father, a scriptwriter, rewarded her with minor roles in series if she did well in school growing up. Today, her roles are no longer incentives to do school work, but rather represent a passion, career and, above all, a way of connecting with audiences and raising awareness.

Connecting to the Audience

Elghety’s immediate family are all involved in the media industry. However, her professional choices in media have been idiosyncratic. For her, academia and art are deeply intertwined. She recognizes that she is now, more than ever, taking roles that leave impressions on audiences, and youth in particular.

“Film is entertainment, but it’s more than that, because it’s important that who you watch makes you feel something – whether it is joy, sadness or sympathy,” Elghety said. “That is what reminds the audience of who they are and the human in them.”

Elghety, only 19, has diversified her work through representations of characters with nuanced identities. Recently, Elghety won the award for best actress at the My Love Michelle Film Festival -- advocating the talents of people with disabilities -- for her role in Nada (2017), where she played the role of a non-verbal dancer who falls in love with a visually impaired pianist.

Characters on screen, for Elghety, represent the diversity found within Egyptian society and their roles help to create more empathy for different mindsets. She sees the film and television industry in Egypt as media through which societies can understand their problems. “The box office flunked throughout the '80s and '90s because the idealistic ‘Golden Era’ was over, and certain directors introduced realism and neo-realism, trying to address certain political issues and social issues,” she said. “A lot of people didn’t want to see it. They blocked it out, and so they didn’t know what the problems were and didn’t understand the gravity of them.”

However, Elghety says that today, against the backdrop of commercial comic relief and nostalgia for the golden days, filmmakers are trying to revive these realist and neo-realist movements. "Filmmakers are starting to tackle issues in very artistic ways while serving the true purpose of film," she said. "We’re flourishing again, and in 50 years, this will be the golden age.”

Elghety’s methods for mastering her roles relate back to her firm belief in film’s ability to urge humans to connect with one another. Set in the back of a police truck, Esthtebak confined characters of different backgrounds to a space where they were forced to deal with each other’s differences.

Referring to her role as Aisha, Elghety says it was the furthest from her real-life persona. She recalls doing research to capture the essence of her character. “I had to invest my all into it," she said. "It’s the role I’m proudest of so far. The whole process gave me the greatest honor of all: being at the Cannes Film Festival and the entire team receiving great feedback for it.”

During Ramadan of 2017, La Totfe El Shams touched on issues such as unconventional relationships, infidelity, drugs and class issues. Elghety’s role addressed modern problems that Egyptian youth are facing. “Every day, people were asking, what will happen to Habiba and Adam?" reflected Elghety. "It was interesting how their relationship developed, and it was realistic. Couples that tend to get married young will witness their relationship go downhill. You won’t necessarily relate, but you’ll understand how and why.”

The plot set itself apart by deviating away from traditional plot lines and focusing on how to deal with class transgressions. “There are experiences and problems we’re often unable to confront," Elghety stated. "Seeing it on screen can help us reflect on ourselves and others around us. I always try to address different mindsets and choose my work based on the extent to which you can feel for this person and see the many layers of who they are before you judge their choices.”

Elghety’s interest in psychology began around the age of 14, around the same time she was working on Al Kaserat (The Minors) series that tackled the social and psychologically traumatic phenomena of child marriages.

At the same time, she began to gain an interest in how the human mind works. “I started reading articles and free lectures on psychology curricula from Oxford and Yale, and it wasn’t advanced learning. It was open to everyone," she said. "I think that was it for me. I realized I really want to study psychology to do humanitarian work and raise awareness.”

Part of the reason why Elghety has taken up acting as a career is to inspire audiences to reflect on their inner conflicts. “Speaking of myself and others I’ve encountered, we have all been influenced by certain characters, personalities on screen and films,” she stated. “We all experience traumas or have unresolved troubling feelings. Seeing it unfold in front of us on a screen can sometimes help us take the time to begin coming to terms with it in one way or another. The whole purpose of what I do is to make the audience feel things.”

Elghety aspires to advance in academia, do research and obtain a master’s and even a doctorate in the field of psychology. Her dream is to ameliorate psychoanalysis and mental health treatment in Egypt. “I want people to not be scared to seek help when they are going through a mental illness,” she shared. “I want to have a rehabilitation center in Egypt, where people can come in, and not be locked in a room and put on medication. I want people to come in and know that they’re welcome to be here. They don’t have to take medications if they don’t want to because we’re going to work together on the best way to help them get better.”

In her short career, the actress has received numerous awards for her roles in popular television series, such as Grand Hotel. Elghety hopes to continue effecting change both on and off the screen. She is often told that she has too much on her plate in handling school, acting and cocurricular activities, taking on the task of associate sessions head in AUC's community service student club, 3alRaseef.

“This doesn’t discourage me," she concluded. "It's very important to understand how the mind works for my career as well. If I can make a difference in one person’s life, then it’s worth it.”