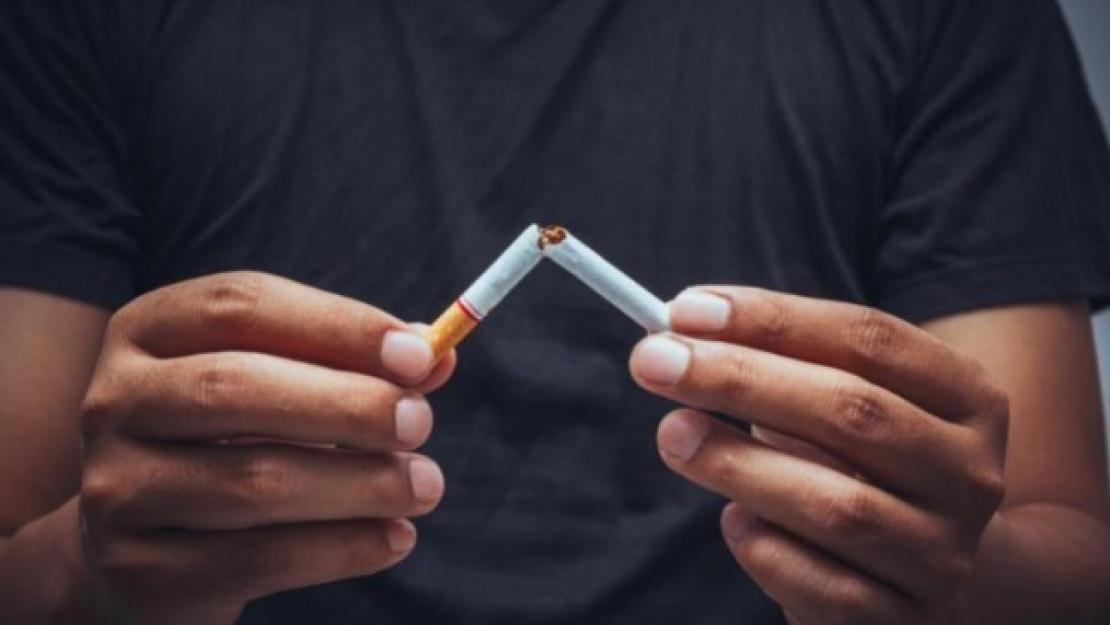 “Campus bans are effective but they are challenging,” said Carie Forden, professor of psychology and community psychologist, about AUC’s recent Tobacco-Free Campus Policy.

In 2015, Forden and Amy Carrillo published the findings of a survey taken at AUC on smoking policies. Essentially, the purpose of the survey was to explore “how students, faculty and staff felt about smoking behavior, their knowledge of smoking harm and knowledge of and attitudes toward a University smoking policy in order to design more effective prevention and cessation strategies.”

At the time of the survey, the smoking policy required individuals to smoke six meters away from buildings, which only 38 percent of respondents were aware of. Today, the Tobacco-Free Campus Policy is underway and is being channeled through different outlets. As a result, the AUC community is becoming more aware of the policy and reacting to it.

Forden asserts that the new policy can be effective if nonsmokers support smokers in this transition. “Quitting or decreasing smoking is incredibly difficult and works best with social support,” she said. “If we’re going to ban it, we have to figure out how to support the smokers and recognize what they’re going through.”

The Policies: Then and Now

The 2015 survey was taken by 992 people, with 271 people identifying themselves as smokers. Out of that number, 63 percent were students (undergraduate and graduate), while 19 percent and 28 percent were faculty and staff, respectively.

Forden states that university years are one of the most sensitive times for students to start the habit. "It’s a common thing for students to learn to smoke while in college," she explained. "It's a sensitive time -- campus bans can help in having students who aren’t smokers not get exposed to it."

Nonetheless, Forden stipulates that while campus bans are effective, they're not easy to apply. "It's a very effective prevention tool, but it’s something that can be difficult to implement," she said. "Before the new policy, people didn't follow the smoking policy -- which was smoking six meters away from any building. In order for people, especially with smoking, to change, they need to be ready to change. When you suddenly institute it, it creates problems – people get angry and protest, so I think it’s challenging to do it that way."

AUC's current Tobacco-Free Campus Policy will be instituted in phases, culminating in 2019. The University is currently offering various programs, strategies and tools to help its community through this transition.

Reasons for smoking vary, but one of the main instigators is stress and peer pressure. Published results suggest that this is due to colleges being stressful environments. Egyptian culture – being a collectivist one – also induces peer-related smoking. Both reasons behind smoking are preventable. Forden’s research suggests that “developing relaxation and stress reduction programming on campus, therefore, is likely to be helpful … A stress and anger management training was incorporated into a university clinic smoking cessation program in Turkey and significantly improved quit rates.”

Currently, AUC offers a free smoking cessation clinic and programs with the Office of Medical Services for students, faculty and staff who wish to take a first step toward leaving smoking behind for good.

As for social pressure, there are two major causes: peer pressure and smoking parents' influence on youth, which is particularly prevalent in Middle Eastern culture. Research proposes that the involvement of peer cessation counseling groups and adults -- such as faculty and staff in the case of AUC -- can be productive. The aforementioned clinics are currently collaborating with AUC's Counseling Services and Training Center for any support needed beyond medical attention.

Forden's survey showed that smokers were well-aware of the harms behind smoking but resistant to the idea of being affected by it. An overwhelming 93 percent agreed with the statement “Smoking is bad for a smoker’s health,” but the level of agreement differed. “Nonsmokers agreed more strongly than smokers that smoking is bad for a smoker’s health and that smoking causes problems for nonsmokers,” the survey revealed.

Forden says this is normal. “It’s an addiction that’s harder to stop than heroin," she explained. "It’s easy for a nonsmoker to say ‘Oh, yes, smoke-free campus!’ because it means a better environment and no change in behavior. But for a smoker, it’s a very challenging request. It’s taking something that is comforting physically and psychologically and a way to socialize and asking them to change. Smokers know it’s harmful, but they rationalize it.”

Forden believes there's a long way to go. “Whether or not people are ready to change, it’s going to be challenging,” she commented. “The secret to a successful policy is having a policy that has support." So, it’s important to help smokers through this transitional period as well. “It’s happening, so how can we support smokers?" Forden pondered. "Nonsmokers need to figure out how to support smokers in acknowledging that it’s hard for them. Listen to them when they’re cranky, grumpy and complaining. Give them gum and candy. Be supportive.”

As for smokers, it is key to emphasize the importance of being kind to oneself. In working with pregnant women who were quitting smoking in the United States, Forden says that an efficient system included rewards – such as free massages – that made quitting a positive process for smokers. At a U.S. university, a campus ban included classic strategies such as better signage, cigarette receptacles and marking the ground to indicate smoking zones, but the university also handed out positive reinforcement cards that thanked smokers for compliance and reminder cards to inform noncompliant smokers of the policy, leading to an increase in compliance from 33 percent to 74 percent.

“It helps to make a plan and have ideas for when you have a craving and to avoid your triggers, like smoking after a meal or between classes. Exercising helps, or taking a walk,” Forden advised. “Smokers should look at this as an opportunity. It doesn’t mean you have to give up smoking. You can lessen or quit, but do it while you have support for it, while you are in an environment for it and where everybody will understand what you're going through.”