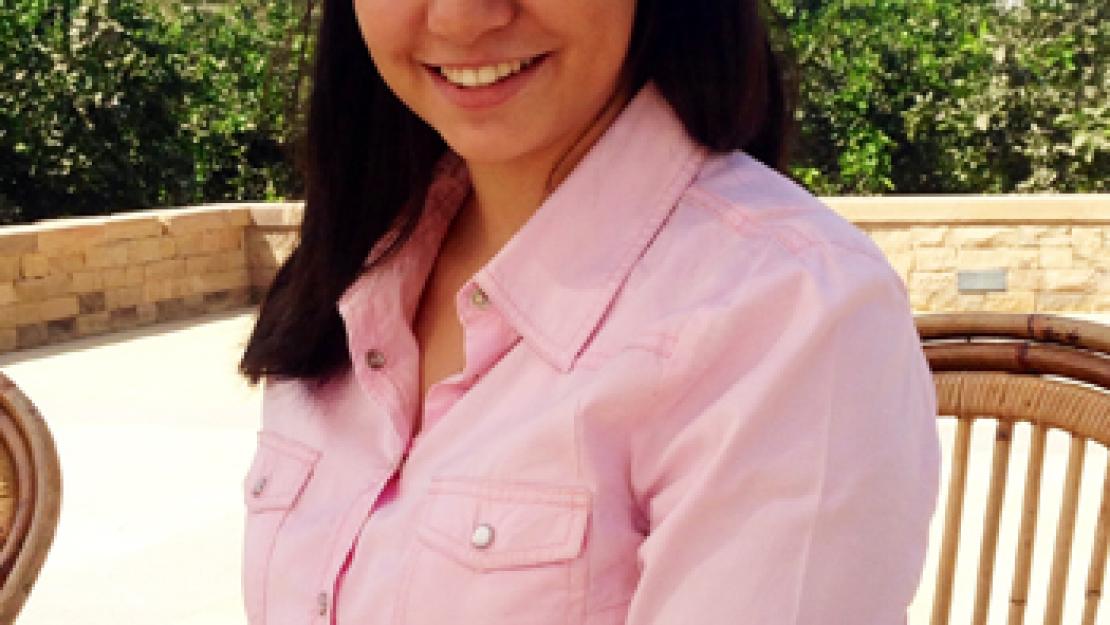 Farida Ibraheem, the first recipient of the Mostafa El Baradei Fellowship in International and Comparative Law (LLM), believes change and development can only happen by reinforcing the rule of law and introducing law and development in Egyptian public law schools.

“I am the winner of the Mostafa El Baradei Fellowship in International and Comparative Law (LLM), named for the famous president of the Egyptian Bar Association who had always believed in the critical role of lawyers and the legal profession in shaping a just society,” Ibraheem affirmed proudly. “Sharing the same belief with the distinguished Egyptian lawyer — who was also an ex-judge — I believe that an effective legal and judicial system is a central pillar of rule of law and a key component of long term development. Therefore I, and other women judges, are capable of playing a critical role in strengthening the rule of law through contributing to an impartial judiciary and enforcement of laws, thus eventually adding to the future development of our country.”

With this enthusiasm and excitement, Ibraheem dreams of participating in legal and institutional reform by introducing “law and development” in Egyptian public law schools and enabling future Egyptian judges, lawyers, law professors and policymakers to engage more effectively in legal and judicial reform, administration of justice and to assist in achieving Egypt’s developmental goals.

Ibraheem received her bachelor’s degree and first master’s degree in law in 2008 and 2010 respectively from Cairo University Law School. Acknowledging the value of law as an effective instrument for economic development, Ibraheem sought to obtain her second master’s degree in law from AUC to explore the intersection of law and development, a subject area that is not taught at public law schools in Egypt, according to Ibraheem.

During her studies at Cairo University Law School, Ibraheem participated in several community service activities, where she was awarded the Student Union’s “Ideal Student” prize in 2007. She also volunteered with the Resala charity organization and United Nations Volunteer (UNV) Online Volunteering Service, which connects volunteers with organizations working for sustainable human development. “I always had passion for working in development-related activities; I first worked after graduation as a journalist reporting on sociopolitical and economic barriers to national development. I then got engaged as a UNV in a national initiative implemented by the National Council of Childhood and Motherhood in Egypt and the United Nations Development Program (UNDP) for eliminating female genital mutilation,” explained Ibraheem. As an AUC graduate student, Ibraheem looks forward to joining Alashanek Ya Balady (AYB)Association for Sustainable Development, which collaborates with other partners to combat poverty.

Since 2012, Ibraheem has been working as a public prosecutor in the Administrative Public Prosecution Authority, a judicial body responsible of investigating public officials and civil servants indicted in corruption felonies and reporting them to the Disciplinary Court. Her goal after completing her master’s degree at AUC is to continue to strengthen her knowledge of law by pursuing a PhD. “I want to research the key questions that need to be asked in relation to the position of developing states, such as human rights, rule of law and development realization on the basis of understanding of socioeconomic grounds of law.”

As the first recipient of the Mostafa El Baradei LLM Fellowship, Ibraheem takes both pride and responsibility in this distinct opportunity. “Through this fellowship, I am taking the first step in the right direction as a young woman having the opportunity to take on a leadership role and contribute to the future development of Egypt,” she said. “I had the luck of being one of the many Egyptian citizens who sought the dawn of a new era in Egypt during the Egyptian revolution in January 2011 and who dreamed of shaping our new country after years of constant decay. However, I personally waited for an opportunity that can help me take part in this transition,” she added. “Today, I am able to attend law classes in pursuit of my graduate degree. Today I am able to achieve the first step in my dream thanks to El Baradei Foundation that believed in young Egyptians’ powers and granted me the opportunity to speak it loud.”

According to Ibraheem, one of the top privileges you get as an AUC student is the variety of its campus and student activities, most of which are organized by the students and for the students, to address a wide variety of social, political, and economic issues affecting the community. Another feature that Ibraheem noticed as she walked through the doors of the AUC campus is its cultural diversity. “People come from all walks of life and regions of the globe to share their experiences and skills and where nobody is an ‘other,’" she noted. "I can see myself participating in this open-minded, scholarly atmosphere and together create a stimulating environment.”

In terms of academic excellence, Ibraheem believes that AUC has an excellent reputation as one of the region’s leading centers of innovative teaching and research that provides education at the highest academic level with diversified curriculum and multinational academic staff. “As an AUCian, I am aware that I am a student of one of the region’s leading and distinguished universities that has been educating the region’s leaders since 1919 and continues to attract students from around the world. I am proud to contribute to AUC’s ever expanding alumni body — an extensive network of bright, free thinking and progressive young people determined to play their part in the global community, a whole thrilling experience which I am really eager to pass through.”

Named in memory of the late Ibrahim Shihata, general counsel and senior vice president of the World Bank, AUC's LLM program in comparative and international law is the first of its kind in the Arab world to offer American-style legal education. The program is intended for law school graduates who seek the necessary legal skills to contribute effectively in a global economy and to develop the critical capacities necessary to engage in public policy debates over law and development. In addition to the already existing Dr. Nabil Elaraby LLM Endowed Fellowship, AUC’s LLM program established two new fellowship programs in 2014 with the generosity of El Baradei Foundation and Zaki Hashem and Partners.