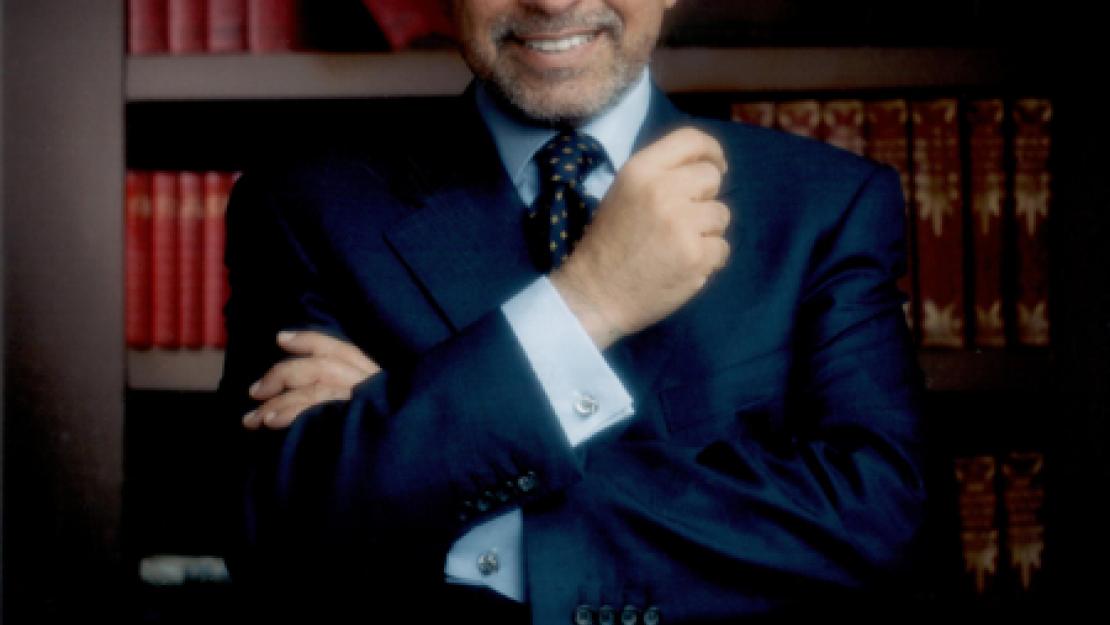 When one describes an AUC education, the focus is not only its liberal arts or extracurricular activities or academic community engagement; instead, the focus is on a much bigger scale — the impact it is creating on the community, in the region and around the world through its successful and influential graduates who are making a difference on the global level. One notable example is Mohamed Shafik Gabr ’73, chairman and managing director of ARTOC Group for Investment and Development.

When Gabr turned 16 years old, he made an agreement with his father to give him a loan during his first year at AUC, and he promised that if he did not manage to get a scholarship, he would have to pay him back. After endless working nights, Gabr managed to get a scholarship and continue his education at AUC to become the successful business guru he is today. “I was even paid a monthly allowance of LE 30,” said Gabr.

A loyal graduate and a lifetime donor of AUC, Gabr is an international business leader, philanthropist and one of the world’s leading collectors of Orientalist art. He has founded two foundations in Egypt and the United States that provide diversified services in many areas including education, arts, science, sports and entrepreneurship.

“My experience at AUC contributed in no small measure to my success,” said Gabr. “The quality of education at AUC provides the necessary ingredients to be competitive and successful. My parents always taught me to look at things with a global outlook. AUC provides an education system that supports this global perspective. I faced many obstacles in attempting to achieve my goals but required with a good education, commitment, with power and persistence, I was able to succeed.”

Since the end of the 1980s, Gabr has provided support to AUC in several key areas essential in a world-class university. He has named the ARTOC Sports Court, the Malak Gabr Arts Theater at the AUC Center for the Arts, the Mohamed Shafik Gabr Department of Economics in the School of Business and the Mohamed Shafik Gabr Lecture Hall. He has also recently established the Aly Boraie-Adel Gabr Endowed Career Certificate in the School of Continuing Education.

“Thanks to the generosity of Mr. Gabr, the School of Continuing Education will be able to provide two scholarships every year to two talented underprivileged Egyptian students to participate in a career development certificate program,” explained Deena Boraie, dean of the School of Continuing Education. “These scholarships will have a positive impact on students’ lives and their career opportunities because it provides the motivation and the support for them to progress to the next stage in their career development path.”

According to Gabr, Egypt’s most problematic issue is that “you have what I call unemployable educated students.” Gabr added that students need to be equipped with the skills that will make them effective employees with the tools, qualifications and knowledge required to participate in the transformation of new Egypt. There are two important factors that make a difference in one’s upbringing: the education opportunity that shapes one’s character and the skills and the tools one acquires to succeed. “Our youth need to become positive contributors to society," he noted. "It is very easy to be critical, but it is hard to be constructive and positive. An institution like AUC is the beacon of hope for many students, as it prepares young people with aspiration to contribute to a better society."

Through the Shafik Gabr Foundation in the United States, Gabr established the East-West: The Art of Dialogue initiative (www.eastwestdialogue.org), which sponsors exchanges between young and mid-career Middle Eastern and Western leaders in the arts, science, sports, media and both social and business entrepreneurship. The exchanges are designed to provide unique insights for participants into their respective societies and a basis for developing professional and personal relationships across cultures. “The reality on the ground is that the gap between the East and the West is widening," Gabr affirmed. "They are talking at each other rather than to each other; there is no positive environment and no common interests. Educational institutions need to double their efforts in that regard to create stronger bonds and closer ties between Egypt and the U.S. We should not leave this in the hands of politicians. It is the community leaders who can bring things closer together." The East-West dialogue initiative includes several universities including AUC, Yale, Future and Drew and students from around the world.

Gabr is also the chairman and a founding member of Egypt’s International Economic Forum, a member of the International Business Council of the World Economic Forum and serves on the Yale University President’s Council on International Activities. He is a Global Leadership Council member at the Brookings Institution and serves on the Jackson Institute Council at Yale University, the Advisory Board of the Center for International Studies at MIT, the Zurich Financial Services Advisory Board and is a member of the Advisory Board at Stanhope Capital, Brandeis University's Crown Center for Middle East Studies and member of the Friends of Fletcher, Tufts University. Gabr ranks among Arabian Business and The Middle East magazines’ 2012 "Most Influential Arabs" and "Our Top 50 Arabs." He received his bachelor’s degree in economics from AUC and his master’s degree from the University of London. In June 2014, Gabr was awarded the Meridian Global Citizen Award and in November 2014, the Middle East Institute's Visionary Award.

At the February 2009 commencement ceremony, AUC was delighted to present Gabr with the Distinguished Alumni Award recognizing his contributions not only to AUC but also to the larger Egyptian community.  Upon receiving the award, Gabr said: “If someone would have told me back then, when I received a scholarship and was paid LE 30 a month that I would be here today, receiving an acknowledgement from the Board of Trustees and the president, I would not have believed it! But this is what AUC is all about –– dreams, aspirations and world-class learning that has educated generations of leaders before me."