When Ronnie Close, assistant professor of journalism and mass communication, began photography in his youth, he recalls the sense of uncertainty, and trust, that went into every photograph he took.

“You couldn’t visualize or previsualize,” recalled Close. “So you took these images, but you couldn’t see what they looked like. You had to believe in them.”

Unlike the instant gratification of today’s digital photography, Close’s initial experience with image making depended on the time and dedication required of the tactile art form, but he also relished in the intimacy of slowly bringing an image to life. “You have that amazing moment when you print a photograph,” he explained. “You watch this image, within the red light of the dark room, emerge mysteriously on the white paper. I think that’s an amazing moment for anyone –– a kind of physical relationship to image production that, in a lot of ways, we’ve probably lost to a certain degree. So I began with that sort of simple fascination to photograph, document and look at the world around me.”

While many art photographers today continue to use the predigital processes that involve the artist’s hand to a greater degree, Close pointed out that digital technology has accelerated the convergence of film and photography.

“They have different histories and qualities, but there have been points where they have connected, where interests were common,” he said. Now, whether producing a film or taking a photograph, light is translated directly onto a digital chip that can be converted into either medium. “On a technological level, it is the same process; we’re just capturing light,” explained Close.

However, he acknowledged that while the processes are identical, film and photography have retained certain qualities unique to each medium. “Photographs,” Close observed, “tend to have a kind of frozen stasis quality to them. A still image is static and perhaps lifeless, but on the other side, memorializes, or fixes, history.”

On the other hand, Close pointed out that in film, “that movement tends to give us a sense of life or of time evolving or happening. We’re primed to be receptive to movement, so a moving image will always pull our attention.”

As Close developed his artistic style, he found film to be the more compelling of the two mediums to achieve his artistic goals. “The culture of film allows you, through editing, to do so much more and to affect and hold people much more than photography,” said Close. “My interest in film lies in the ability to montage, the ability to include other elements within the image process.”

Close explored the possibilities inherent in the medium with a short fictional film he created for his PhD thesis in his native Ireland. He interviewed participants in the 1981 Irish hunger strike, a protest by Irish Republican prisoners against the involvement of the British government in Irish politics. Listening to these men recall their highly emotional and formative experiences sparked an interest in Close that led him to investigate how we create memories. In his film, Night-Time Room, Close transcribed the interviews with the men into a film script that was performed by an actor. By presenting the interviews in the form of a fictional film, Close points directly to the fickle nature of memory and how people construct their own unique narrative of events –– each with his or her own reality of the past. Close’s most recent projects have employed film as a medium to discuss politics, society, culture and soccer. Close utilizes his ability to montage with film and incorporates text in the form of large white block letters to “create a sort of tension on the image surface and create a tension for the viewer between reading and looking, which are essentially two different things, two different mental processes,” he explained.

In one of his most recent projects, Serious Games, Close juxtaposes scenes of the empty, lifeless grounds of the World Cup, with children playing soccer in the streets of Brazil’s favelas. He sets scenes of top players in professional soccer games against protesters running from police on horseback. All the while, text flashes across the screen with words describing being beaten and exposed to teargas by the police for protesting the presence of FIFA and its exploitation of a country struggling with crime, poverty and overpopulation. The film addresses the disconnectedness of the billion-dollar spectacle of the World Cup and the reality of life on the streets of Brazil.

However, it is not until the very end of the film that the viewer is abruptly confronted with the shaken protester, who is the source of the text throughout the film. “The Brazil film is a singular filming position,” said Close. “The way the film is structured is that you watch it, read it and perceive it in a certain way, and those kinds of ideas are changed at the end.”

The films that Close produces are not built around the aim of unbiased storytelling or revealing facts. “I don’t make any assumptions that what I produce brings us any closer to some kind of truth or revelation of authenticity,” explained Close. “My interest is in how we can make the means of production visible within the production itself, so audience members become aware of the fact that they are watching something constructed.”

It’s this idea of examining how we receive information that informs Close’s instruction at AUC, where he teaches courses such as Foundations in Photography, Photojournalism and Documentary Practices, and Beyond the Frame. “The students come out of the classes that I teach with skills that allow them to actually understand what happens outside of an image,” said Close. “I hope they get to have a deeper, more sophisticated understanding of how images circulate, influence and shape our understanding of what the world is.”

Since digital cameras reached the mainstream market in the mid-1990s, the speed at which we interact with images has increased exponentially. We create, view, judge and delete photographs in seconds. “Because of the pervasiveness of mobile phone technology in particular and its accessibility to the Internet, there is a traffic of images where we don’t really stop and think about these images too deeply because they are in this continual movement,” Close said.

By taking the time to dissect and examine all the factors that go into producing, consuming and spreading images, Close hopes to “teach an appreciation or understanding of images on a slightly deeper level,” he noted. “Often, it can be a simple thing of just stopping and freezing this endless production and consumption.” 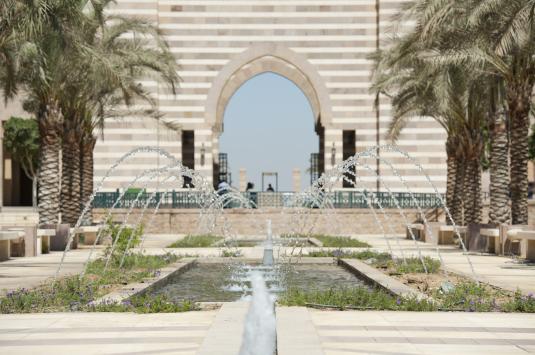 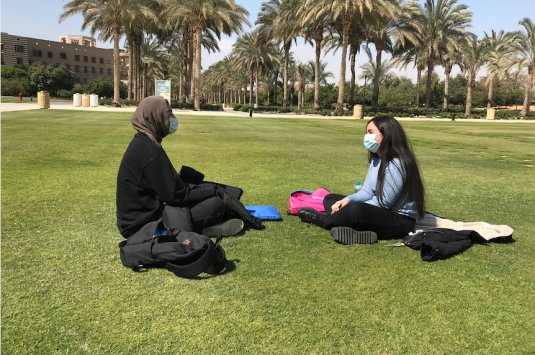 March 1 marked the community's partial return to campus, as the University resumed the hybrid mode of class instruction. 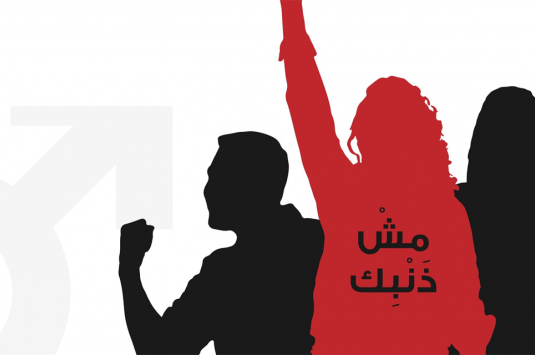 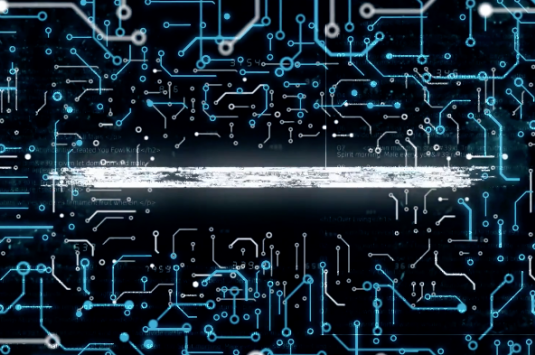