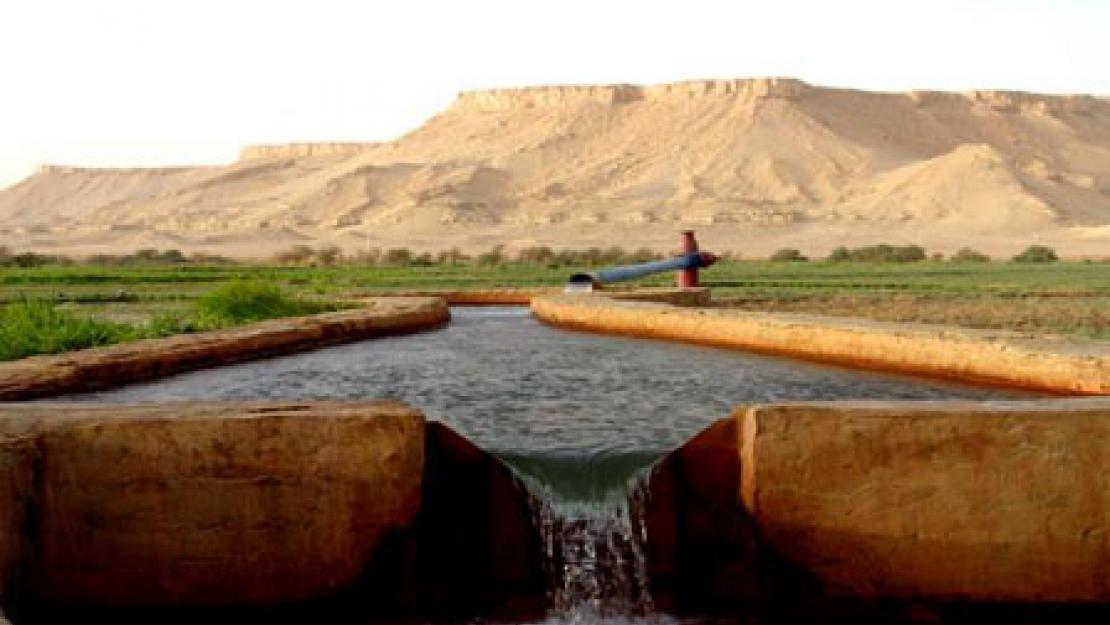 The UN Food and Agriculture Organization recently reported that water scarcity is one of the most urgent food security issues facing countries in the Near East and North Africa. In Egypt, where a growing population relies almost solely on afixed supply of fresh water from the Nile, the effect of water scarcity on agricultural production, and therefore food availability, is of grave concern. Although several scholars are calling for sweeping governmental policy reforms to deal with the potential impact of water scarcity on food security in Egypt, theResearch Institute for a Sustainable Environment (RISE) recently studied local farmer adaptations to water scarcity in the Middle East, maintaining that it is just as important to respond to and encourage local, grassroots-level initiatives that can help alleviate the effect of water scarcity.

“Most of Egypt's agricultural production depends on small or medium local growers,” said Hagar ElDidi, research associate at RISE. “That's why it's important to study the situation from the bottom up, looking at local farmers’ own adaptation to water scarcity, to arrive at realistic solutions. Water users should be involved in the process of setting a water schedule that suits their needs.”

RISE collaborated with the Columbia Global Center Middle East and the American University of Beirut to conduct an analysis on farmer responses to water scarcity in the Middle East, with RISE focusing on three areas in Egypt. “We examined three village-level case studies in different ecological zones: one urbanized village in the Delta (Shubra Qubala), one village in the newly reclaimed lands to the west of the Delta (Imam Malek) and one oasis community in the Western Desert (Abu Minqar),” said Richard Tutwiler, director of RISE. “So we covered a broad stroke of variations in terms of water supply, since the desert community relies on groundwater and the other two villages rely on Nile water.”

RISE, which has had a long-established relationship with these agricultural communities, conducted extensive interviews with members of each community in order to understand how they have adapted to water scarcity.

In addition to these adaptations, RISE also found that farmers were struggling to deal with inefficient water distribution. "One of the biggest issues we have found while interviewing farmers as part of this study is that much of the water crisis is not an absolute shortage of water, but a very inefficient distribution," explained Tina Jaskolski, RISE research coordinator and project manager. "Farmers at the end of a canal get much less irrigation water than those at the beginning, and they are unable to rely on government water distribution schedules. That's why they overirrigate in a panic when they have water, to make up for days and weeks of waterless canals. This can cause soil and crop damage due to overirrigation."

This is why RISE recommends that sustainable local responses, such as drip irrigation, the use of water efficient crops and changing planting dates, should be enhanced and supported to help mitigate the impact of water scarcity on agricultural production. "These local responses can be supported by cost sharing for the installation of drip and sprinkler irrigation; farmer support in the choice and accessibility of new crop varieties; and assistance with the organization of water user associations and farmer associations to foster joint efficient management of resources,” said Jaskolski.

In the meantime, RISE hopes to continue working with local farmers to assess their needs. “It’s our intention to work with the local communities themselves,” said Tutwiler. “That’s what we’ve been doing, and that’s what we’re continuing.”