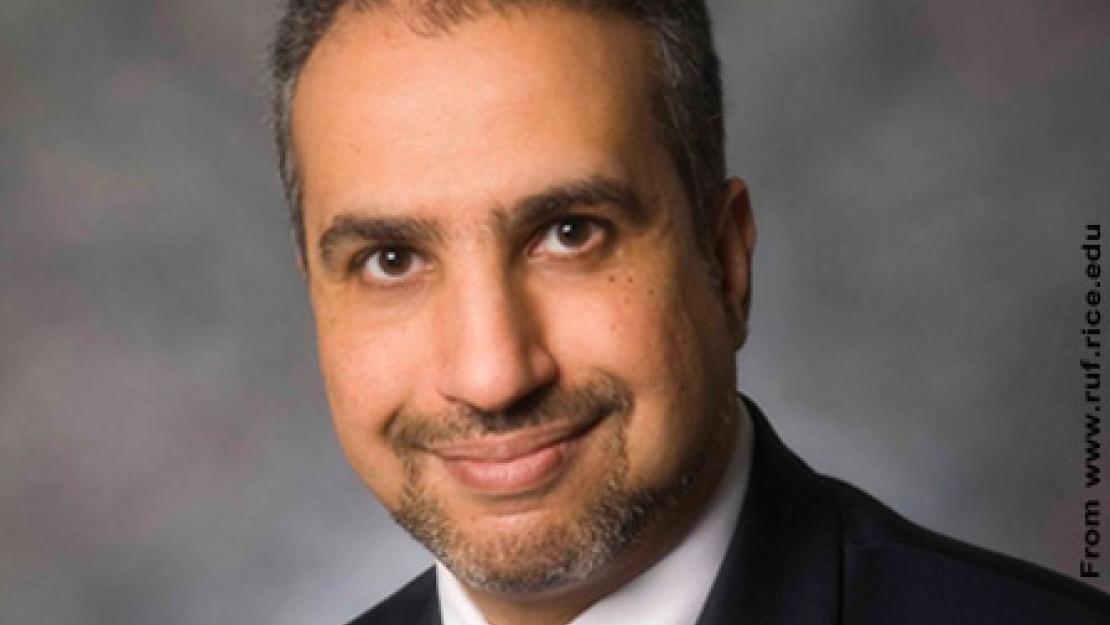 AUC alumnus Mahmoud El-Gamal, professor of economics and statistics at Rice University and a leading scholar in the field of Islamic economics, will be delivering a lecture today titled “Bread + Freedom = Social Justice.” The lecture will be held at 1 pm in Moataz Al Alfi Hall, and is part of the Transforming Egypt seminar series organized by the School of Business.

A prolific author, El-Gamal has written several articles on economics in the Middle East, finance and Islamic transaction law. He has also worked as an economist in the Middle East Department of the International Monetary Fund and was the first scholar-in-residence on Islamic finance at the U.S. Department of Treasury, where he educated government, legislature and regulatory staff on Islamic finance. His recent books include Islamic Finance: Law, Economics and Practice (Cambridge University Press, 2006) and Oil, Dollars, Debt and Crises: The Global Curse of Black Gold (Cambridge University Press, 2010).