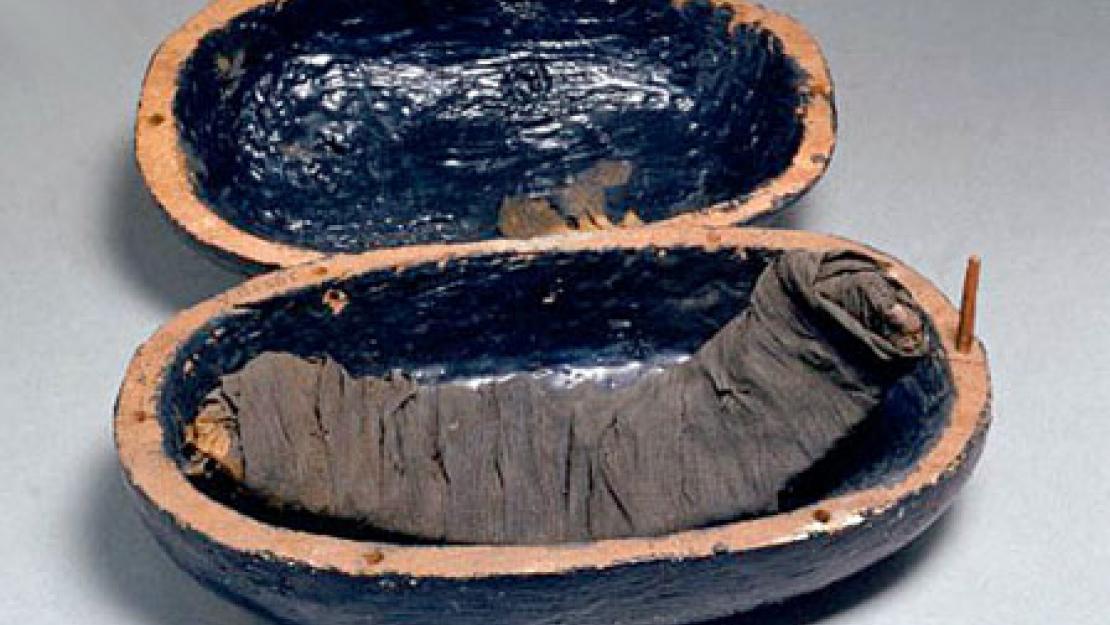 When ancient Egyptians prepared the dead for the afterlife, they tried to ensure that the departed had everything, including something to eat. In a recent study conducted by Salima Ikram, professor of Egyptology, and researchers from the University of Bristol, it was discovered that the tombs of wealthy ancient Egyptians contained mummified meat that was specially prepared with a rare and expensive resin imported from what is now the Syria-Lebanon area, indicating the care that was put into preparing food for the afterlife.

“You would expect to find this resin to be found in high, elite or royal human mummies as a preservative and color enhancer, but we’re finding them on food, which is really interesting because it means that the food is being treated with the same respect as the human bodies,” Ikram said.

Using gas chromatography–mass spectroscopy, the team analyzed samples of mummified meat from several tombs. In the tomb of the parents of Queen Tiye, wife of Amenhotep III (c. 1386–1349 BC), the team found that a sample of beef ribs contained a unique Pistacia resin. “All the meat mummies were made with this expensive resin that was gathered from the trees in Syria and Lebanon,” Ikram noted. Instead of using local, cheaper resins to prepare the food, ancient Egyptians used this luxury, imported resin, which demonstrates the special attention they gave not only to the jewelry, clothes and gold in the tombs, but also to the meat. “Even now if you go to the khan and buy this resin, it costs a lot,” Ikram said. “So imagine now, when you have planes, boats and engines, it’s so much easier to come by. But back then, you had to have people climb up the mountains and trees, gather the sap, take the resin and process it further if they needed to. Then the resin goes to the market, waits for a trader to come from Egypt and the Egyptian trader has to take it back by boat or by land to Egypt. So it’s much more complicated when you don’t have planes or internal combustion engines. Things from afar were considered to be more elite objects, more desirable objects, more expensive objects.” Ikram indicated that this luxury item could have been used to flavor the meat as well as to preserve it from bacteria. “They were perhaps using these resins to flavor the food, and so therefore by coating it, you would get that flavor in the meat and it would enhance the meat’s taste as well,” she said. “It could have been treated in the same way we make mastic ice cream [an ice cream with a stretched sticky texture common in Arab countries and Turkey], which uses resin. So maybe this traditional way of preparing Middle Eastern food actually dates back to the Pharaonic period where you have meats being covered with these resins.” Beyond the flavor, Ikram’s findings showed the amount of care ancient Egyptians put into every detail of the burial. “In any society, if you really stop and think about it, what do you need to live? You need food. And if you’re going into the afterlife, you need to be well-provisioned,” she explained. “And these are the choice-cuts of meat that are being put into the tomb. Probably most common people didn’t even eat that many of these kinds of meat during their lifetime, but at least by putting these in your tomb, magically you would have them forever and ever.” Photo caption: Beef rib meat mummy from the tomb of Queen Tiye's parents. Photo courtesy of PNAS