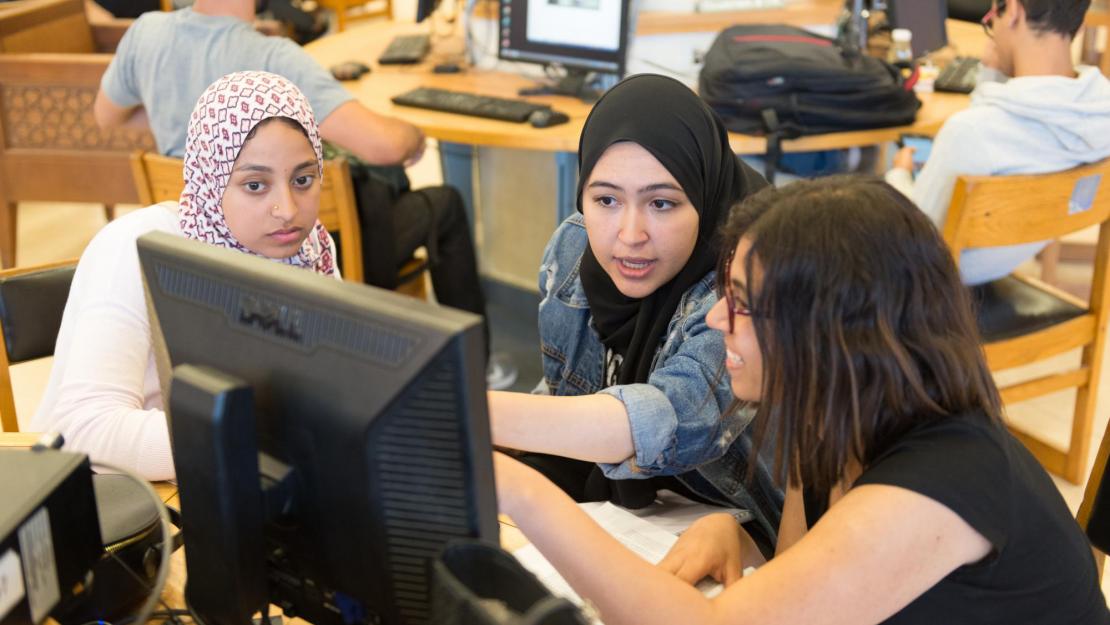 This semester, AUC’s psychology program branches off on its own with the launch of its autonomous Department of Psychology. A longtime coming, the establishment of an independent department carries with it many benefits and prospects for future growth.

“We, in the School of Humanities and Social Sciences, are very proud of our newest department, the Department of Psychology,” said Robert Switzer, interim dean of the School of Humanities and Social Sciences (HUSS). “In many ways, it seems like a long-overdue step. The department has enjoyed steady growth and strong enrollment numbers in both its graduate and undergraduate programs for years, and they personify many of the things we look for in any department, including strong commitment to research and civic engagement.”

Preparing for the proposal was a long and carefully thought-out process, but one that ultimately reflects the concrete strength that the psychology program has attained. “We’ve been dreaming of this for over a decade,” shared Mona Amer, associate professor and new chair of the Department of Psychology. “Three years ago, we began to assess our strengths, considering the visions of our students and faculty, and began to take steps to transitioning to our own department.”

The department has seen rising interest in psychology among students, with more than 100 course sections offered annually and already close to 140 students majoring and 140 minoring. With more space to accommodate student interest as well as resources to maintain and hire qualified faculty, the department can continue to develop itself moving forward. “The faculty preferred to take things slowly, and I think it is paying off,” added Switzer. “An ambitious plan is in place and, with a few more finishing touches, it is going to be spectacular. The real beneficiaries, of course, will be our students.”

Psychology students, too, feel the impact of such a significant change. “This is very exciting for me and other students in the department. We’ve always been a part of this larger unit,” explained Khaled Salah El Din, double major in psychology and integrated marketing communication with a minor in film, also previously president of the Sociology, Anthropology and Psychology Association. “Now we feel like the program has been given the attention and importance it needs. It’s been given a chance to rise as its own department. Now, with the name of an independent department, it’s better for us when we graduate.”

Previously a unit housed within the Department of Sociology, Anthropology, Psychology and Egyptology, the newly independent psychology department now seeks to bolster its external presence. “Having our own department enhances the visibility of the work we’re doing, allows for more growth and gives more confidence to students and professors interested in joining the department,” said Amer.

Before, while under such a multidisciplinary department, lacking an independent title often caused difficulties for the psychology program in attracting faculty and students who were wary that their work may not be externally recognized. Many grants necessitate an official department title in order to receive funding, which has led to challenges for psychology faculty in obtaining support in the past. Counseling psychology accreditation bodies similarly require that the master’s degree be offered by an independent department.

With the backing of an independent psychology department, professors and administrators now how have a plethora of opportunities for funding and research support ahead of them. Professors can feel more assured publishing their research, with the stamp of a renowned University and recognized department, Amer noted.

Additionally, the official department title enables members to refine its programs and conduct deeper internal investigation into opportunities for enhancing collaboration both inside and outside the field of psychology.  “Psychology includes under it many sub-specialties and different theoretical methods,” said Amer, explaining her hope that psychology faculty members can begin to both decrease intra-disciplinary gaps and encourage interdisciplinary research.

Spearheaded by Amer, the process toward department approval was a complex one, guided by numerous members of the AUC community. “This was all possible with the support and encouragement of Nathaniel Bowditch [former dean of HUSS], Dean Switzer, President Francis Ricciardone, Provost Ehab Abdel-Rahman and Sherif Sedky [former provost],” said Amer. “They have been invaluable in facilitating our path moving forward toward this new department.”