Nicholas Kristof: Being at AUC Helped My Career 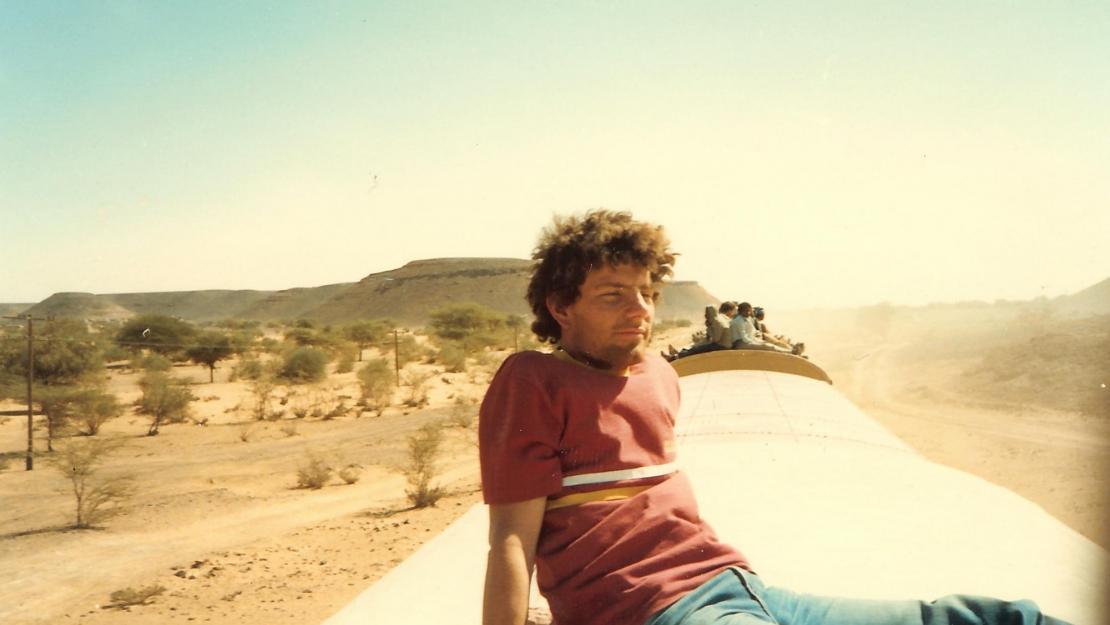 In 1983, Nicholas Kristof (ALU ’84) faced a choice: either study law at Harvard to become a professor, or Arabic at AUC to become a journalist.

Fast-forward to today, Kristof is a two-time Pulitzer Prize winner with a 33-year career in international and humanitarian journalism.

A longtime foreign correspondent with The New York Times and op-ed columnist since 2001, Kristof has reported on global affairs, human rights, women’s rights and public health. With his wife, Sheryl WuDunn, Kristof has also co-written several books on humanitarianism, including A Path Appears: Transforming Lives, Creating Opportunity and the bestseller, Half the Sky: Turning Oppression into Opportunity for Women Worldwide.

Kristof met with News@AUC to share his path from AUC to a distinguished career in journalism.

1. Your career in journalism has centered on global affairs and humanitarianism. Have you always been interested in these fields?

I was always fairly interested in global affairs. My dad was an immigrant and three of my four grandparents were born abroad, so, to that extent, I was always interested in the world. The humanitarian focus came later. I’d say that came as a function of traveling, seeing people in desperate situations and wanting to address this through the role journalism can play.

2. Why did you decide to go into journalism?

Journalism is wonderful excuse to learn about things that are interesting and get paid for it. At the time I went to Egypt to study, I was just finishing up a law degree in Britain and was trying to decide between a legal career, probably as a law professor, and journalism to become a foreign correspondent. I was debating between Harvard Law School and AUC. They were two very different versions of my future. At AUC, I thought it would be easier to become a foreign correspondent, and Harvard Law School was a step toward becoming a law professor.

I think if I had gone the alternative route, I would know a huge amount about some tiny specialty. As a journalist, however, I have the good fortune of being acquainted with a huge variety of topics, although I’m not an expert on any particular subject. It’s incredibly fulfilling to feel you can play a role in issues you care about and leverage your talents and interests to try to make a bit of a difference.

3. How has AUC helped shape your career?

I studied at AUC during the 1983 - 1984 academic year in the Arabic Language Unit with John Swanson, director of the program then, and Lisa White, who was one of my teachers. I really threw myself into Arabic: I went to teahouses to chat with people and watched Egyptian television.

Being at AUC helped my career in two ways. First, studying Arabic helped me get hired by the New York Times. It also made me feel more comfortable in countries where the language is spoken, such as Tunisia, Iraq, Libya and Sudan.

Second, in a broader sense, just living in a different country and culture gave me a deeper appreciation of the complexity of international relations and global culture, and how the United States is often viewed very differently abroad than it is at home. When the U.S. invaded Iraq in 2003, a lot of Americans expected that we would be greeted with flowers, but anyone who has lived abroad for a while knows that the U.S. is viewed through a prism of suspicion and skepticism in many parts of the world that would have made that unlikely.

Having written a lot about Islam and the role of women, I believe travel makes one realize the complexities of these issues and, often, the conflicted feelings people have. For example, I’m aghast about female genital mutilation, and yet I believe that it works better if you have local people from within a community leading the fight against it rather than having outsiders from the West marching in. It works a lot better to have local change agents.

4. What is the biggest challenge facing journalism today?

Our biggest challenge in journalism is that we don't have a clear business model. That’s true of newspapers, television, magazines and, to some extent, Internet news organizations. We are figuring out new business models, but they may not be as lucrative as the old ones. This has made everybody much more focused on getting eyeballs, and the challenge there is that the eyeballs are not interested in the things that are important. For example, one of the places I’ve covered a lot is South Sudan, as well as Sudan itself. Both are enormously important humanitarian stories, but it is very hard to get people to read or watch news coming from this area. That’s why these kinds of stories tend not to get covered and, likewise, larger public health or education stories tend not to be addressed. We cover a bombing, but not the daily crises facing these societies.

As journalists, we claim very special privileges and, as a result, we have special responsibilities. These include covering larger issues in societies. That means issues of girls who are not getting educated, kids who are stunted from malnutrition and those topics that are uncomfortable to talk about like female genital mutilation. It’s very hard to figure out how one addresses these issues in a way that makes business sense, but we can probably do a better job with the storytelling and finding different ways to showcase these issues.

5. In your book Half the Sky, you examine education in light of humanitarian issues around the world. How do you think education and humanitarianism are linked?

There are no magic wands in the world, but I believe that education, particularly education of girls, comes closer than any other tool we have to address some of these issues we care about. One of my regrets is that since 9/11, the United States has tried to address terrorism, conflict and violence very much through the military toolbox. One needs the military toolbox, but over the past 15 years, we might have achieved more if we had also used the women’s empowerment and education toolboxes a little bit more.

One of the advantages of educating girls is that those educated women enter the labor force and bring in more money for themselves and their families. It also increases the country’s productivity. Another advantage is that educated women have fewer kids, and one of the factors that correlates most strongly with terrorism and civil wars is the portion of the population that are youths and young adults, that is the youth bulge. How do you reduce the share of the population that is part of this youth bulge? You educate women and girls today, and, as I said, it’s not a silver bullet, but I think it works better than any other tool we have.

6. What would your advice be to AUC students who aspire to go into journalism?

I hope some AUC students will go into journalism because while we don’t have a great business model, it’s incredibly important that we have talented, smart and fair-minded people covering local issues. Given the misunderstandings between the Arab world and the West, it’s also important to have people who know both worlds. People at AUC are well-equipped to bridge those divides.

In terms of advice, if one wants to be a good writer, one has to write and read a lot. A starting point would be to read and write a great deal. Also, practice and experiment with social media, videography and photography. As more and more journalists are expected to navigate the full range of news platforms, this is an important skill set that young journalists should have.