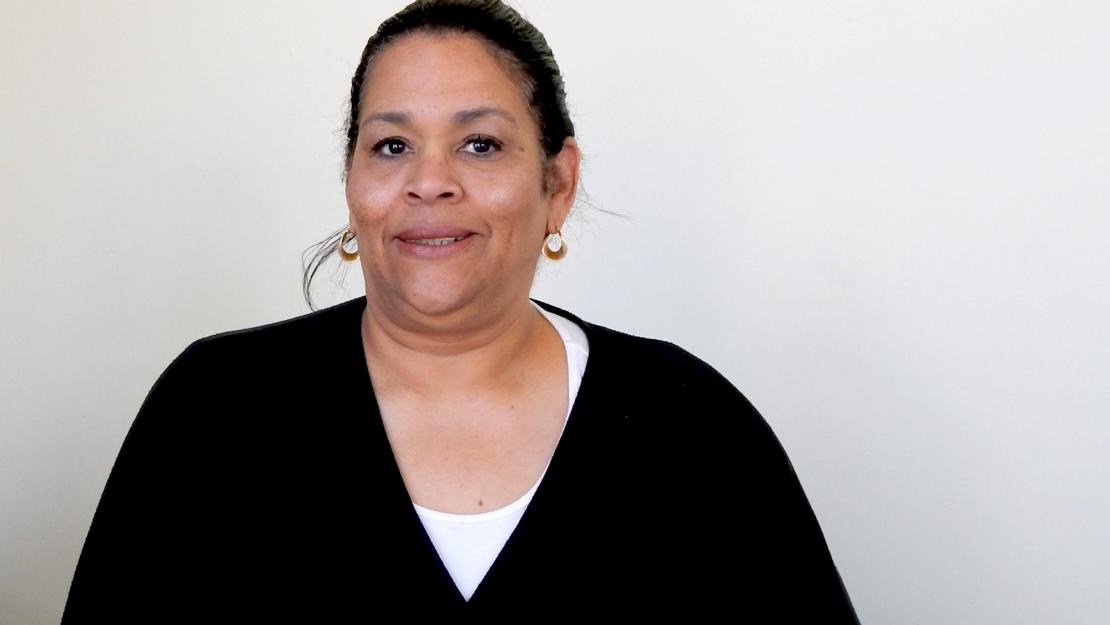 “I’m a terrible, terrible introvert who has developed good extrovert skills over the years,” Jackson said. She attributes her people skills to a mixture of factors: her outspoken family members, her previous jobs in university student life -- but largely, she said, it was AUC that pushed her to blossom.

Jackson, who is from the United States, came to AUC as an undergraduate in 1980 upon her father’s recommendation. She left Wagner College in New York after two years of studying business, a field she wasn’t interested in. Her parents were worried she wouldn’t enroll anywhere else.

“I was lost,” Jackson said. This was until she got a letter from her father, a now-retired civil engineer who was living in Yemen. “He talked a lot about Yemen in the letter, but then he said that when the contract was up, his next contract was going to be working on a project -- water and wastewater systems -- in the Nile Delta. He said there’s an American University there; check it out!”

Jackson enrolled at AUC as a Middle East studies major. After graduation, she went on to serve in student affairs or international education positions at several universities, including Pennsylvania State University; Emory University in Atlanta, Georgia; the University of California in San Diego; and Caltech in Pasadena, California. Yet, she always seems to find her way back to AUC.

“The truth is that this institution has meant a lot to me. It changed the trajectory of my life,” Jackson said. “I was a typical middle class black girl from Reading, Pennsylvania. I had no idea how small my world was. I majored in Middle East studies. I learned about the region. It just opened up a whole new world. Academically, I became engaged and confident for the first time in my life. Socially, I was exposed to students from African nations, from Eastern Bloc countries and, of course, Egyptians.”

Jackson said she has learned skills throughout her time in Cairo and at AUC that have been immensely helpful in her collegiate administrative roles. “The expectations for how people relate to each other are very different,” she explained. “That also added to me becoming more outgoing, more humane. The ability to see the other as me.”

As the associate vice president for advancement, Jackson is responsible for overseeing institutional development, alumni engagement, donor relations, the AUC Fund as well as database management and financial reporting. She also has to make sure that the advancement office’s plans fall in line with the University’s strategic plans.

Though she has never worked in fundraising before, Jackson has long-term plans for the office. One of the challenges she faces is that of establishing a culture of philanthropy. She and her team want to engage students before they become alumni by encouraging the idea of giving back. “Giving back, not necessarily just to the University, but to the culture, to the nation,” Jackson stipulated.

Additionally, Jackson said the last time she was at AUC, she assembled an excellent student life team -- one that was able to adapt to University requirements and changes in Cairo. This time around, she wants to instill that same sense of teamwork among the University advancement team.

Does she plan on staying that long?

“I’ll stay as long as they’ll have me,” she said, smiling. “I certainly want to be around to enjoy the fruits of our labor. AUC is like home to me -- a second home.”