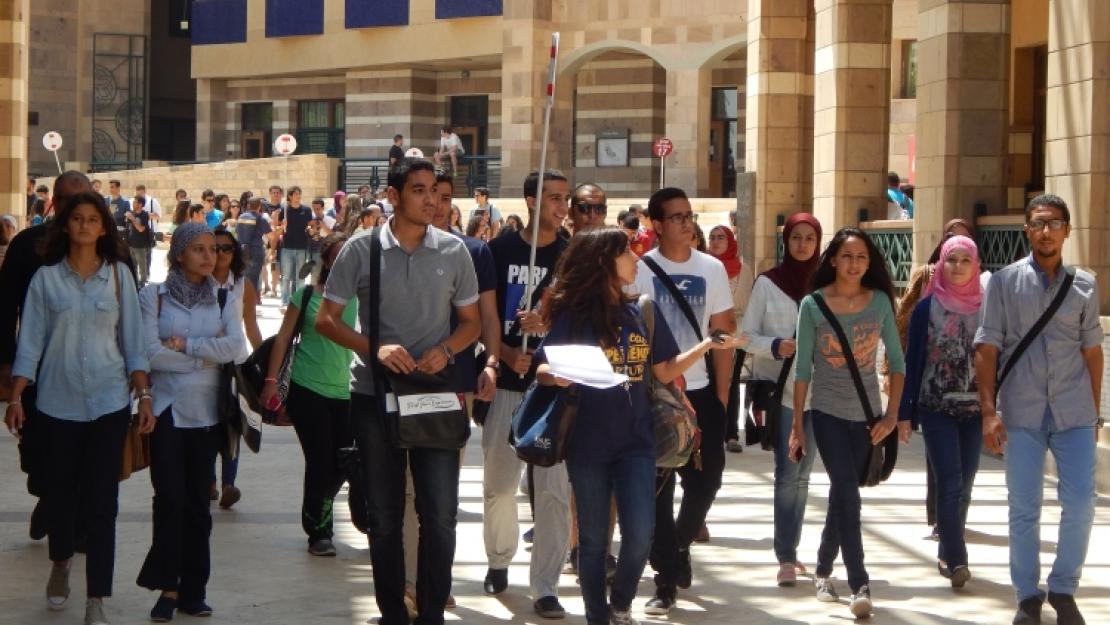 “There is still a long waiting list for those who applied or completed their documents after the announced deadlines,” said Randa Kamel, executive director of the Office of Recruitment and Student Service Center. “The increase in international students shows that they are more confident now regarding the safety and political stability of the country."

Many of these international students have come to AUC because of its unique location. “I’ll be specializing in international relations, and I wanted to come to Egypt and study it firsthand in the Middle East,” said Brandon Shinhearl, a political science graduate student from the United States.

For Henry Clements, a graduate student from New Jersey, it is not only this firsthand perspective that drew him to the University, but also the chance to gain fresh insights and develop a deeper understanding of Middle Eastern culture, history and society. “I chose to pursue a two-year master’s in Middle East studies at AUC because I eventually want to go for a PhD in history, but I’m still pretty new to the field of Middle East studies, so I need a better, more multidisciplinary grounding,” he said. “Also, I have this specific project that I’d like to write my thesis on, concerning Palestinian refugees who fled south through the Sinai into Egypt, so Cairo was the best place for me to do that.”

For other students, it is the broad range of academic offerings and the diverse student body that makes AUC stand out. “I chose AUC because it is well-renowned for its cultural and social diversity, and has so many different majors that you don’t find at other universities in the Middle East,” said freshman Amira Soliman, who plans to major in chemistry or anthropology. “AUC gives students the opportunity to broaden their horizons because even if you study one major, you can still take so many different electives and minors, so you graduate with multiple skills and a great deal of knowledge.”

Helping new students get acquainted with life at the University before the start of classes, faculty, staff, First-Year Experience students and International Peer Leaders (IPL) offered a plethora of academic fairs, social activities, advising sessions and campus tours as part of orientation week.

Saif Diab, IPL president, explained how important –– and enjoyable –– it is to help study-abroad students assimilate themselves in their new environment. “We all do this because we really like helping the students out and familiarizing them with their daily lives in a new country because we want their first impression of Egypt to be a good one,” he said. “It’s a good experience for us, it’s a good experience for them and, at the end of the day, it’s a lot of fun.”

Bavly Wahib, FYE president, expressed similar sentiments. “It’s important to help ease freshmen’s transition between school and the University because that can be an overwhelming period for anyone,” he said. “FYE members have a really great spirit, and everyone is so dedicated to guiding and welcoming new students to AUC, which will eventually become like their second home.”