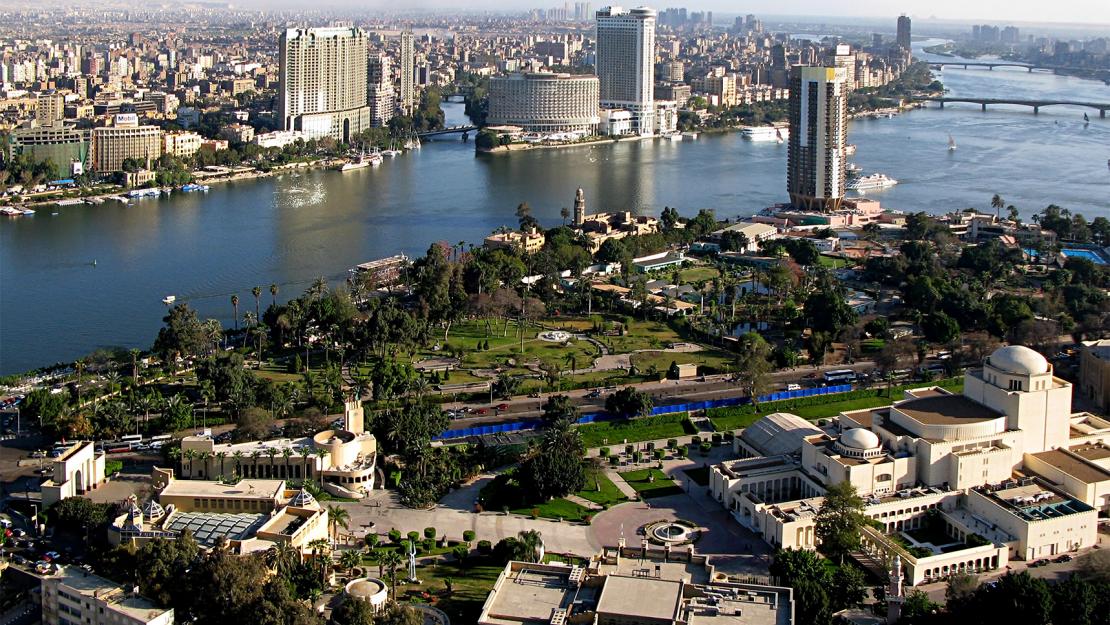 With its main message as “No university is an island,” the Neighborhood Initiative was first introduced to AUC in 2015 in the form of an AUC–AUB symposium intended to spark discussion on universities’ responsibilities toward and engagement with their local communities. Since then, the initiative has unfolded into a research project aimed at ultimately establishing an official entity dedicated to stirring action on AUC’s campuses and in its local community. Currently, the research team is working on mapping the surrounding communities, both that of AUC New Cairo and AUC Tahrir Square.

“The Neighborhood Initiative can serve as a hub for connections between AUC and its neighbors, involving support and outreach it can give to neighbors and vice versa,” said Magda Mostafa, associate professor of design, associate chair of the Department of Architecture and the project’s principal investigator, who is working with co-principal investigators Khaled Abdlehalim, assistant professor of public policy and administration, and Khaled Tarabieh, assistant professor of architecture.

At the research stage, the goal is to compile a “critical mass of voices of interested parties to work toward creating a neighborhood that is more livable, diverse and can function healthily,” explained Mostafa. The idea will then be to “institutionally anchor the initiative within the administrative structure,” she continued.

In mapping communities surrounding the University’s two campuses in New Cairo and Tahrir, the research team has already identified some challenges, including access to services, connectivity between neighborhoods and walk-ability of neighborhoods.

“The AUC administration and President Frank J. Ricciardone have been very involved and supportive of the project,” noted Mostafa. In addition, the team has been working closely with the Ford Foundation, sponsors of the original 2015 symposium, and is now negotiating how to develop further funding for the project’s implementation.

The 2015 symposium put several case studies on the table, but since then, specific projects have not been pinpointed. This task will eventually be left to the collaboration of the Neighborhood Initiative office, the larger AUC community as well as its neighbors. Tarabieh, who was key in the Social Research Center’s involvement, envisions the established campus entity as a point of access for the AUC community to the needs and challenges of the surrounding community.

Tarabieh imagines that the Neighborhood Initiative office will act as a “point of convergence between different branches of the University, inviting students and faculty to participate through internships or even primarily through their own course work. Each school will be able to approach identified community challenges through course work or research, each dependent on the particular specialty and perspective on the situation.”

Tarabieh himself has started some projects with students in his own studio, having them explore urban farming. The types of projects he foresees for the Neighborhood Initiative will be design-oriented projects, eco-friendly buildings, community centers and any project involving knowledge-sharing and dissemination of updated information. “Multidisciplinary thinking is the future,” Tarabieh affirmed.

Work on the Neighborhood Initiative at AUC has also sparked conversations about the University’s potential involvement in some of the work being done by the newly formed Cairo Heritage Development Committee. The committee was recently established by an Egyptian Presidential decree and is tasked with the preservation and rehabilitation of historic downtown. As a key stakeholder in downtown Cairo, AUC has already been working with the Cairo governor’s office on community initiatives for some time now, an effort which culminated in a memorandum of understanding signed between AUC and the Cairo governorate in April 2016.