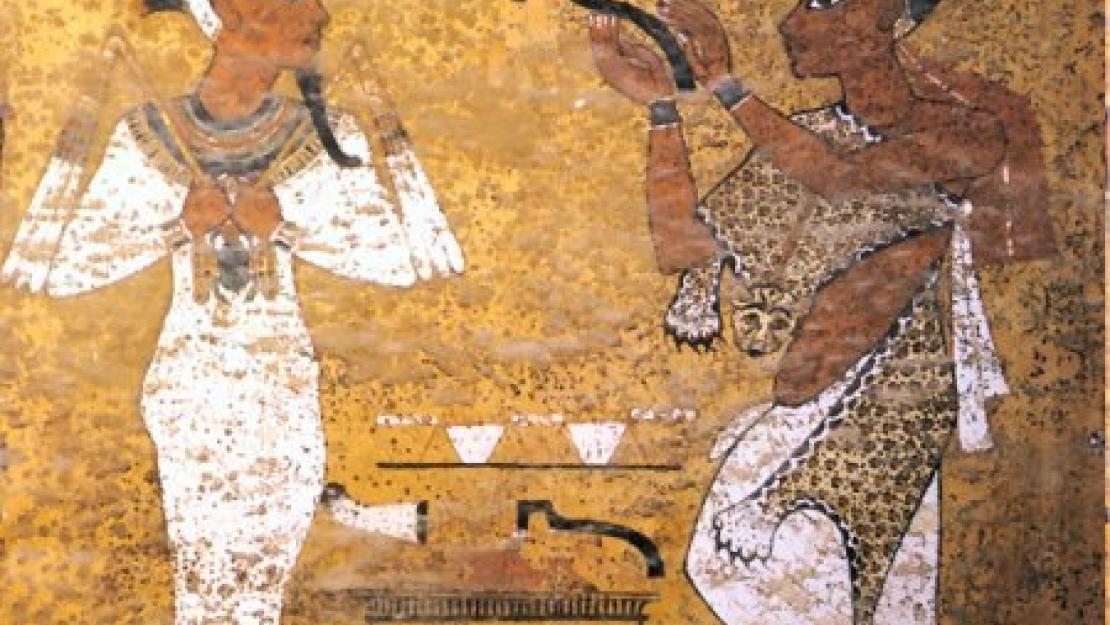 Hidden chambers reportedly found in the tomb of Tutankhamun could be the greatest discovery in Egyptology since Howard Carter unearthed the tomb in 1922.

Yet, the technologies behind today’s investigation may surprise those expecting to see the shovels and pickaxes of Carter’s era. According to renowned Egyptologist Salima Ikram, high tech tools are the new face of discovery.

“I think people still have this idea that Egyptology and archaeology are peopled by Indiana Jones-types that don’t do much research,” said Ikram, who is also a professor and head of the Egyptology Unit at AUC. “But in actual fact, we as archaeologists are relying on tools that are highly scientific and technologically advanced. We use sophisticated tools to help us figure out everything we can about what we’re studying.”

Most recently, researchers used infrared thermography and radar scanning technologies to see through the wall without damaging the tomb. “There are all these different kinds of radar and imaging sources that are being used to see if [the researchers] can penetrate the rock without actually breaking anything down and image what is behind it,” she explained. “These technologies send waves through the stone that change depending on what they hit before they bounce back.”

“According to the kind of waves that they have recorded,” she continued, “they feel that they have been successful in identifying different materials in the void behind the wall. They say that there is something that is in keeping with metal and something else that is in keeping with organics. Already, we can see how technology is helping us see what might be back there without damaging the tomb itself.”

Researchers will also use fiber optics and robotics in the next step of the investigation, Ikram explained. “The next step will be to drill a hole in an unpainted part of the tomb and then use fiber optics and robotics to try to see what is back there, without hacking through large parts of the tomb,” she said. “If they find anything there, they will of course begin excavations.”

As for what may lay behind the tomb, Ikram added: “I will be very happy if there is anything behind the wall. I was not alive in 1922, and it gives me great pleasure to think that I might be alive when the next Tutankhamun is found. But as to what’s really back there if anything? We’re all curious to find out.”

Taking an interdisciplinary approach, Egyptology and archeology cross academic borders, adopting and adapting techniques from a variety of disciplines.“To get the best results, we have to use all the tools that are available so we can squeeze out the last juice of information from an artifact, a site or an object, while doing the least amount of damage to it,” said Ikram. “From residue analyses of ceramics to sourcing of materials, there’s all sorts of scientific and technological research that archaeology borrows, whether from chemistry, biology, computer technology or elsewhere.”

Archeologists, for example, use magnetometry, a technique adapted from geology, “that without digging can give you an underground map of what is there,” Ikram explained. “When you have a research question, you can dig in a very specific area and waste less time and effort to identify things,” she added.

Other technologies were adapted from medicine. According to Ikram, CT scanning and radiography are used “for mummies and to see through objects to determine the history and biography of an object from a restoration standpoint” while XRF (x-ray fluorescence) allows researchers “to find out what different paints are made of and what kinds of materials are used.”

Be it in Tutankhamun's tomb or elsewhere, science and technology are opening new paths for discovery, Ikram noted: “Advanced science and technologies sit at the heart of Egyptology and archeology. No matter if you’re examining pigments or bodies, looking at where to dig or using digital 3D digital imaging to record a building, really now we’re more of a geeky science than an adventure science.”