NASA's Seven-Planet Discovery: Are We Alone in the Universe? 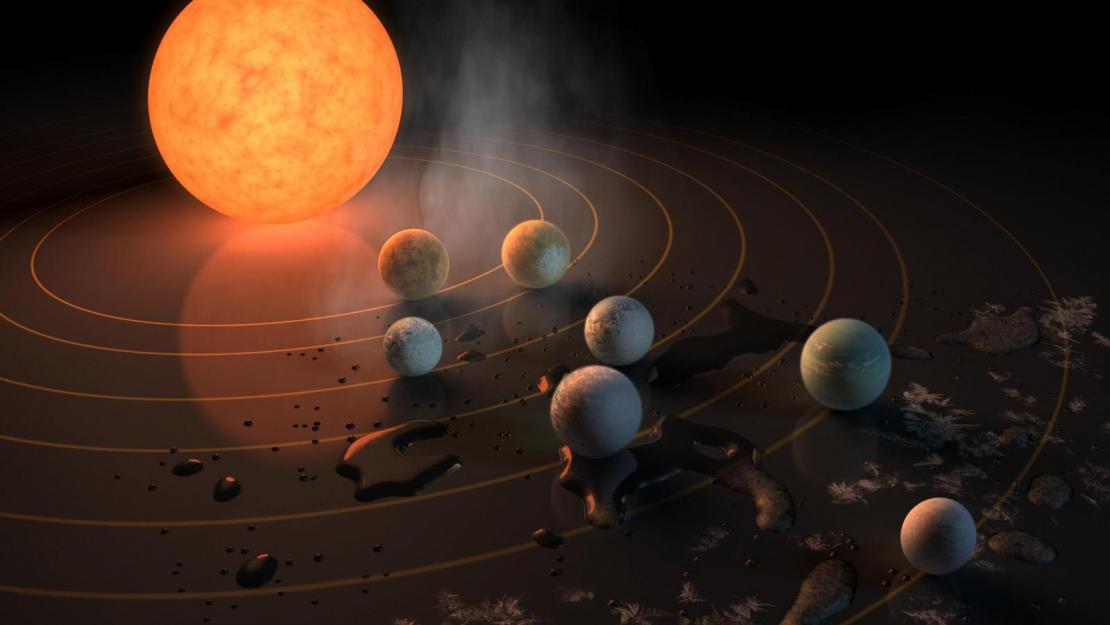 “For most of human history, we have been asking an identity question: ‘Are we alone [in the universe]?'” said Fady Morcos, associate professor of practice in the School of Sciences and Engineering. NASA’s recent discovery of seven Earth-size planets orbiting around a single star may provide the answer.

Representing the single largest group of Earth-like planets orbiting a single star ever to be found, this discovery is a dramatic step forward in the search for life on other planets outside the solar system. “NASA's recent discovery is significant because three of the seven discovered Earth-like planets reside in the habitable zone of the Trappist-1 star, which increases the probability of finding liquid surface water and, thus, potentially life.”

These seven planets orbit the Trappist-1 star, which although much smaller than the sun, still allows for potentially habitable candidates in its planetary system. Expanding on what qualifies as a potentially habitable planet, Morcos explained that liquid water is a crucial component for life.

“According to our current understanding of origins,” he said, “the existence of liquid water is a prerequisite for the origin and evolution of life. However, surface liquid water could only exist if the planet has the right size and orbits at the right distance from the parent star. There is a region around every star where temperature is just right to keep surface water in liquid form. We call this region the habitable zone. Thus, in our search for potential habitable planets, we focus the search on Earth-size planets that orbit inside the habitable zone of their parent star.”

Although NASA has been searching for Earth-like planets for years, they have rarely found those that are also in a star’s habitable zone. “Extremely few planets met both criteria of size and location,” said Morcos.

This discovery is poised to dramatically change the field of astronomy moving forward, both at NASA and beyond. “The discovery of the Trappist system provides great support to the hypothesis that the conditions necessary for life are not rare as we originally thought and are definitely not unique to planet Earth,” noted Morcos.

Moreover, since these Earth-like planets were found orbiting a smaller star than most scientists would have predicted, it suggests that billions of other planets might host the conditions necessary for life.

“We need to revisit our understanding of planetary formation theory,” said Morcos. “The data does not meet -- in fact it far exceeds -- the predictions. Just in our Milky Way, there are suddenly tens of billions of new candidate stars, those that were previously thought to be too small to host planets, to observe for planetary systems. Now, astronomers are pointing their telescopes at stars that were prejudged to be loners, with the hope of finding new planetary systems like Trappist. This discovery has expanded the search space, which will dramatically increase the detection frequency of potentially habitable planets in the coming years.”