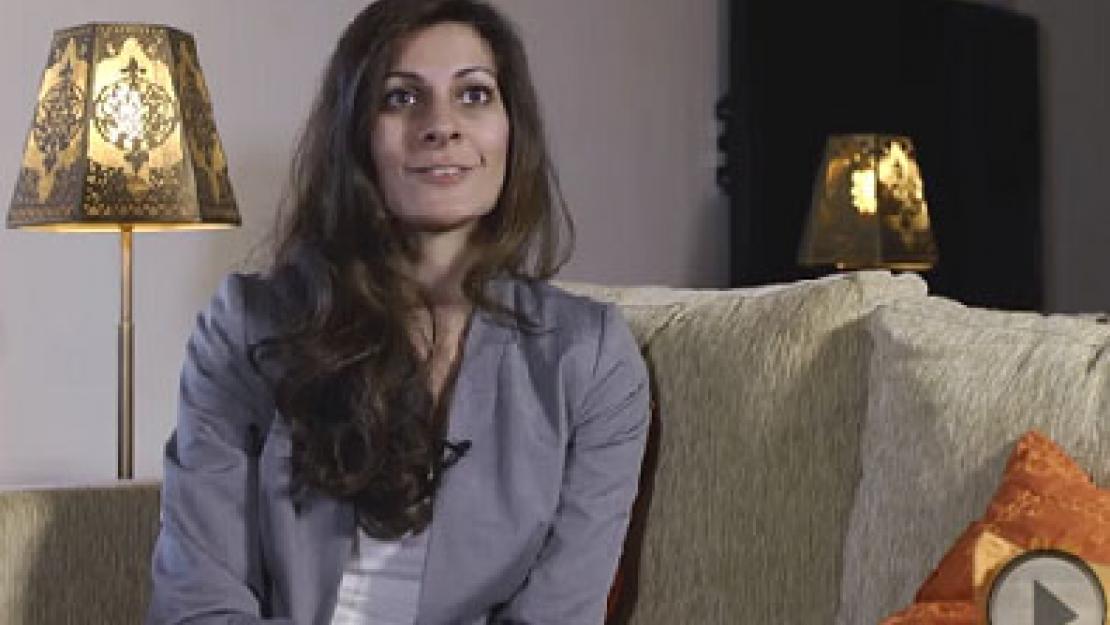 Undoubtedly the most historic river on Earth, the Nile continues to maintain its ancient legacy of supplying much needed water to arid Nile basin states. Less picturesque than its ancient history, though, are the current political problems that plague the distribution of the Nile’s waters.

“International law [concerning the Nile] is currently very broad, ill-defined and underdeveloped," said Jasmine Moussa, assistant professor of law, who works to confront this problem through the provision of sound legal advice. "It is, therefore, incapable, on its own, of resolving the issue and proposing a satisfactory solution to all Nile basin states.”

The first major realm of the Nile’s issues deals directly with water distribution to surrounding states, and the problems manifest in a plethora of ways. “Primarily in Egypt and Sudan, we are currently facing severe water scarcity,” she said, explaining that this issue deepens the fervor with which Nile states will compete for water.

Added to this, “underdevelopment and the conflicting social and economic needs of riparian states” tend to heighten tensions as countries fight for larger water allocations, she noted. Put another way, “whereas Egyptian farmers are dependent on the Nile for their livelihoods and Egypt is dependent on the Nile waters in agriculture, industry and domestic consumption, other Nile riparians face other challenges. For example, Ethiopia is a very energy-poor country that needs hydro-power in order to develop, which is why they are currently seeking to harness the Nile.”

These conflicting needs are rendered more potent by the global issue of water waste. The “wasteful use of water” makes the uneven distribution of water between states all the more acute, as water uses and climate challenges vary and evolve, state to state.

The second major realm of issues in Nile politics is “land grabbing.” This term refers to the practice that is rapidly gaining popularity in Africa, whereby “large, transnational businesses acquire land at dirt-cheap prices for large-scale agricultural production," explained Moussa. "This production is then sold at international prices in international markets, and therefore it does not help to resolve the problems of food security in the Nile basin.” Further, “this practice is very poorly regulated, which means labor can be exploited and indigenous populations can be adversely affected.” The practice of land grabbing brings up countless social issues within Nile Basin states, as major corporations take advantage of underrepresented populations. Moussa divulged that “there is no guarantee that these companies will use water-efficient techniques or will refrain from adversely affecting the quality of the water.” As the tragedy of the commons rages on in the politics of the Nile, the interests of populations indigenous to the region are pushed to the wayside.

What makes these problems all the more poignant is the fact that among these states, there isn’t an easy way out. “Political tensions between states in the region have meant that there is insufficient trust and confidence to reach a comprehensive cooperative framework to meet the needs and concerns of all Nile basin states.” As states struggle to find common ground, these efforts are often disrupted, as “some states choose to act unilaterally. For example, Ethiopia’s decision to construct the Grand Ethiopian Renaissance Dam was a choice that threatened the rights and interests of other states.”

This is not to say that there have not been concerted efforts to cooperatively resolve issues of the Nile in the past. Moussa referred to “the breakdown of talks on the Nile Cooperative Framework Agreement, which led to a stalemate as the position of upstream and downstream states could not be reconciled. Whereas downstream states wanted to preserve their water shares and existing uses under existing agreements, upstream states rejected this completely.”

On a larger scale than the Nile Cooperative Framework Agreement, “general international law in the area of the utilization of transboundary rivers is currently very ambiguous and ill-defined," said Moussa. "Although international law indicates that existing bilateral Nile treaties continue in force, upstream states reject this. They seek to replace these treaty obligations with the broader principles of equitable and reasonable use and no-harm, although the exact definition of these principles and the relationship between them is unclear and open to interpretation.” Additionally, “the Nile basin states have not accepted the jurisdiction of any international court or tribunal to resolve the disputes arising between them.”

Moussa, who received her BA and MA from AUC and recently returned to campus this year as a new faculty member after completing several other degrees, including her PhD in Law from Cambridge University, has a demonstrated personal interest in the politics of the Nile. “We need a comprehensive policy to deal with all of these things," she affirmed. "While the upstream states have legitimate concern to develop, Egypt simultaneously also has legitimate concerns, as water here is scarce compared to some of other Nile countries.” Based on this assertion, Moussa has dedicated her studies to researching and developing policies applicable to the historic river.

In efforts to solve the aforementioned issues, Moussa proposes three methods as a jumping-off point. Moussa first points out that, “clarifying the contents of the applicable law is essential. No state wants to be seen as violating international law and a strong legal regime which clarifies the parties’ rights and obligations could assist in resolving the controversy over the use of the Nile waters.”

Second, the aid of a third party in the adjudication of Nile disputes is crucial. If the Nile Basin states could agree to refer “their disputes to an international court or tribunal, this would guarantee that an impartial third party would be able to resolve disputes in a manner that respects legal principles.”

Third, and possibly most importantly, the governing bodies of Nile-dependent states must adopt cooperative practices, rather than purely self-serving ones. “The idea of win-win or ‘Mutual Gains’ approach is a good model to follow. It promotes mutually beneficial outcomes to all riparians through equitably allocating all beneficial uses (rather than just volumes of water). The central tenet of the approach is to reach a mutually agreeable solution between co-riparians by offsetting the harm caused to one state’s existing use or contributing to the costs of modification.”

In developing the utilization of cooperative inter-state practices, actors must focus on the humanizing aspect of Nile populations. “There must be a renewed focus on win-win solutions, on methods of cooperation rather than conflict…. We must view the Nile as our common resource, the common thread that brings our nations together, and we must build people-to-people bridges that transcend political boundaries and encourage our governments to reach a cooperative solution and develop mechanisms to efficiently utilise the Nile waters.” These methods, paired with a renewed focus on resources and investment in sustainable practices, constitute a solid step towards peaceful diplomacy among Nile Basin states.

In recent years, Moussa has co-founded the think tank Water Institute of the Nile with a group of other AUC graduates. The group “looks at providing independent policy advice on issues relating to the Nile. We look at different bridges that can be built. We focus on legal, institutional, economic and cultural aspects of Nile.”