This Month in AUC History: Hill House Inaugurated on January 13, 1953 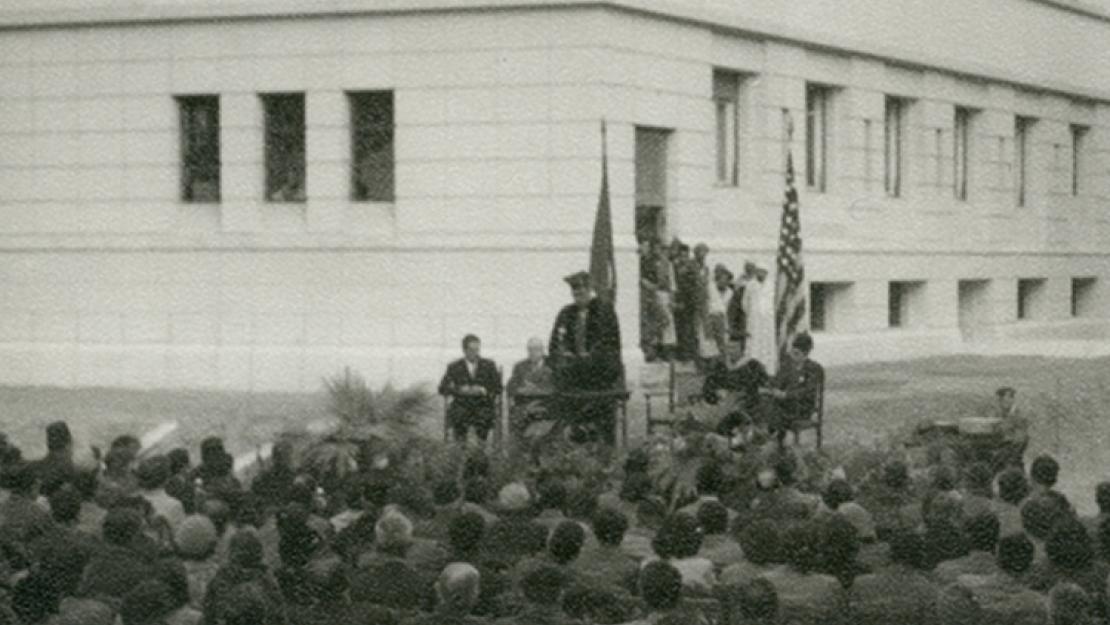 The Hill House was named after William Bancroft Hill and his wife Elise Weyerhaeuser Hill. William Hill served on AUC’s Board of Trustees for almost 25 years, including 20 years as chairman. The Weyerhaeuser family, who donated $1.5 million for the original construction of the building in 1953, also financed the remodeling of Hill House in 1984.

During the 1953 dedication program, much of what Douglas Horton, chairman of the Board of Trustees at the time, said is still true today. He described AUC as “not only a company of scholars; it is a company of scholars dedicated to making and keeping the world a better neighborhood.”

Hill House started as a student dormitory when it was first opened and later became AUC’s main library in 1959, holding 60,000 volumes at the time. It was remodeled in 1984 to be a student and alumni center. “This building is an affirmation of American faith in the future of Egypt,” said John Badeau, former AUC president, at the dedication ceremony.