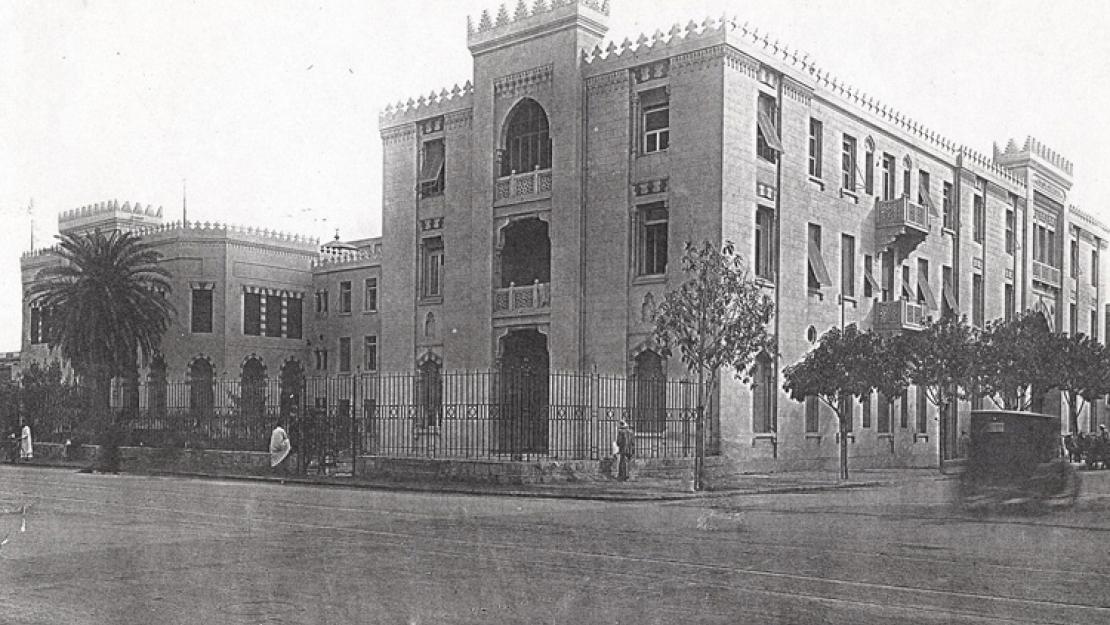 100th Anniversary of AUC’s Inaugural Fundraiser Dinner
On April 11, 1914, at the Hotel Schenley in Pittsburgh, Pennsylvania, the inaugural fundraiser was held for the establishment of AUC. The $130,000 raised that night (equal to $3 million today) allowed the purchase of the main campus on Tahrir Square in 1919. Charles Watson, the future president of AUC and the man behind the event and the vision for the University, was one of the main speakers at the event. Largely as a result of Watson's efforts and passion for the project, AUC’s Board of Trustees was organized in Philadelphia, Pennsylvania in 1915, and Watson was chosen as president-elect of the proposed University. Watson, who was known for his even temperament and dignified character, worked tirelessly in support of AUC as its president from 1916 to 1945. These efforts culminated in his receiving an award from King Farouk in 1944, the High Decoration of the Order of Ismail, one of the highest honors conferred by the Egyptian government at the time. The first American to receive the award, Watson was granted it in recognition of his years of devotion and dedication to the people of Egypt, and for the University becoming a bridge between East and West. As Watson once noted, AUC’s mission is to act as a “bridge of friendliness. At one end of the bridge stands Egypt and other Muslim lands eager for help in solving the new problems of this day. At the other end of the bridge is America. ... The big idea is bringing the two together.” The AUC Review Launched as First Student Newspaper On April 9, 1925, the first campus newspaper, The AUC Review, was issued by a journalism class. The paper included articles on members of the AUC community and news of interest to the student body, as well as official announcements and editorials. The paper quickly grew in size, and an Arabic section was added later that year. The AUC Review was replaced by the Campus Caravan in the late 1930s. Photo caption: The Hotel Schenley, where the first fundraiser was held, and the first issue of The AUC Review Information and photos courtesy of the University Archives