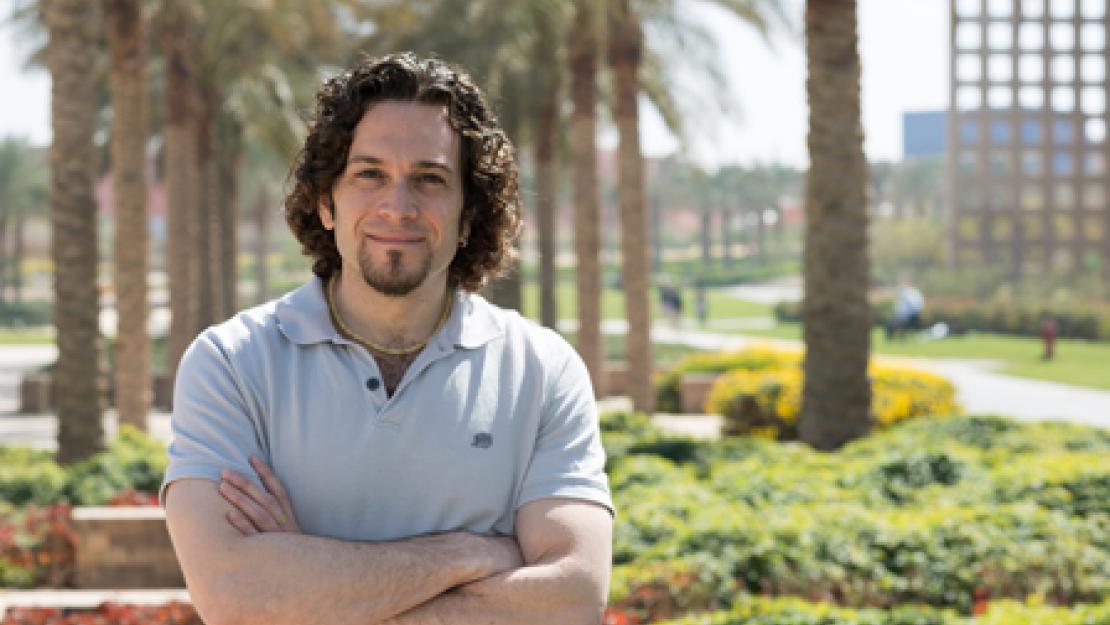 Across time and cultures, religion has played an important role in providing guidance on ways of living. Though differences across religions exist, new research suggests that certain dimensions of religious or mystical experience may be common across cultures. Mystical experiences, or moments of transcendent religious feeling manifested in spiritual practices, have characteristics that hold true across multiple religions, suggesting that there is something innate to the human subconscious that plays an important role in mystical experiences cross-culturally and trans-historically, argues Jason Blum, visiting assistant professor of comparative religion.

This new research on the nature of mystical experiences comes from what may seem like an unlikely source –– science. “The emerging field we call the cognitive science of religion is rather polarizing in the field of religious studies,” explained Blum. “Many scholars hesitate to go anywhere near it, fearing that science may explain religion away. However, it offers useful tools for understanding religious phenomena without putting religion itself at stake. Research in neuroscience suggests that certain commonalities to mystical experiences, such as the quality of ineffability, are rooted in the deep structure of the human brain, challenging the contemporary scholarly consensus that all mystical experiences can be reduced to linguistic concepts that are explained by context.”

Until the first half of the 20th century, the general consensus amongst scholars was that all mystical experiences were just variations of what was actually one universal experience. “It was believed that, despite the enormous diversity in accounts of mystical experiences from different religions and regions, these differences were superficial, derived from context and that, at its core, the event itself was the same,” noted Blum. “There was something attractively inclusive about this. It made all such experiences seem equally viable, putting all religions on the same plane.”

That outlook changed in the 1970s, when a new philosophical approach reversed the equation. As part of a philosophical movement called contextualism, which held that all experience was essentially conceptual in nature, scholars such as Steven Katz, currently the director of the Elie Wiesel Center for Judaic Studies at Boston University, began to argue that mystical experiences were necessarily distinct from each other because of differing contexts.

Where the original scholarly perspective paid too little attention to the great diversity of recollections of mystical experiences, Blum observed, the newer approach is almost deterministic in its emphasis on context. “There was, and remains, a lot of appeal to this theory, but I think they went too far,” he said. “It’s certainly true that the majority of human experience is contextual in nature and conceptual in structure, but not all of it, as it turns out.”

In reading testimonies and accounts of mystical experiences, Blum found both theories falling short. “In the works of a medieval German mystic and an ancient Buddhist monk in Japan, for example, you find a common claim that certain powerful, religiously significant experiences are ineffable, or incapable of being described in language,” he noted. “That contradicts the idea that, because consciousness is essentially conceptual, all experience must be both knowable and determined by context. While these experiences cannot be described as identical, they do share certain significant, non-linguistic similarities.”

Mystical experiences thus seem to occupy a middle ground, possessing both conceptual and non-linguistic aspects. “The school of thought that best explains this is radical empiricism, a perspective established in the early 20th century by the psychologist and philosopher William James,” said Blum. “It sees moments of ineffability as signals of dimensions of experience that are not linguistic in nature and which are, therefore, not necessarily rooted in historical context.”

The neuroscientific research that supports this position comes from a variety of fields, including evolutionary biology, psychology and neurology. “Evolutionary biologists hold that human consciousness is just the latest or most complex version of consciousness, building on simpler forms of consciousness,” Blum affirmed. “When we look at animals interacting with each other, establishing social orders and relationships, we see that there are many forms of non-linguistic consciousness. The processes happening in their brains appear to be well-preserved in ours as well.”

Other research suggests that knowledge is not restricted to language; that is, we can experience and know things that we can’t put it into words. In one experiment, people were asked questions designed to provoke the “tip of the tongue” phenomenon – the common experience of feeling as though a word or name is on the “tip of your tongue,” but can’t quite be recalled. Participants who indicated that they knew the answer to questions but couldn’t articulate them were more likely to choose the right answer when it appeared later on a multiple-choice test. “What this shows is that people can have knowledge that they can’t necessarily always capture in language,” said Blum. “When people have mystical experiences, they may be drawing on similar capacities, accessing experiences that are beyond their articulation but are nonetheless very meaningful.”

In an experiment conducted with rats, researchers found that the less evolved parts of the brain are still essential to higher-level behavior. Scientists removed the neocortices of young rats and watched them grow up in social and non-social environments. The social rats developed into functional adults, sometimes exhibiting even more active behavior than rats who had not received the surgery. “The fact that the rats could develop such instinctual behavior and successfully navigate their environments without a neocortex indicates that the basic, non-linguistic parts of the brain play a very substantial role in consciousness,” Blum pointed out.

“What it all adds up to,” he concluded, “is that we need to evaluate mystical experiences with a different set of criteria. They often activate deep structures in the human brain that are primarily responsible for non-linguistic emotions, structures common to all humans. Just looking at the context in which somebody has a mystical experience won’t tell you the whole story. To truly understand mystical experiences, we need to look at the intersection of the subconscious and the conscious, taking account of both ineffable and linguistic dimensions of experience, to reach a method that is not overly reductive in either direction. Taking a scientific approach to the question seems to be the key to getting us closer.”