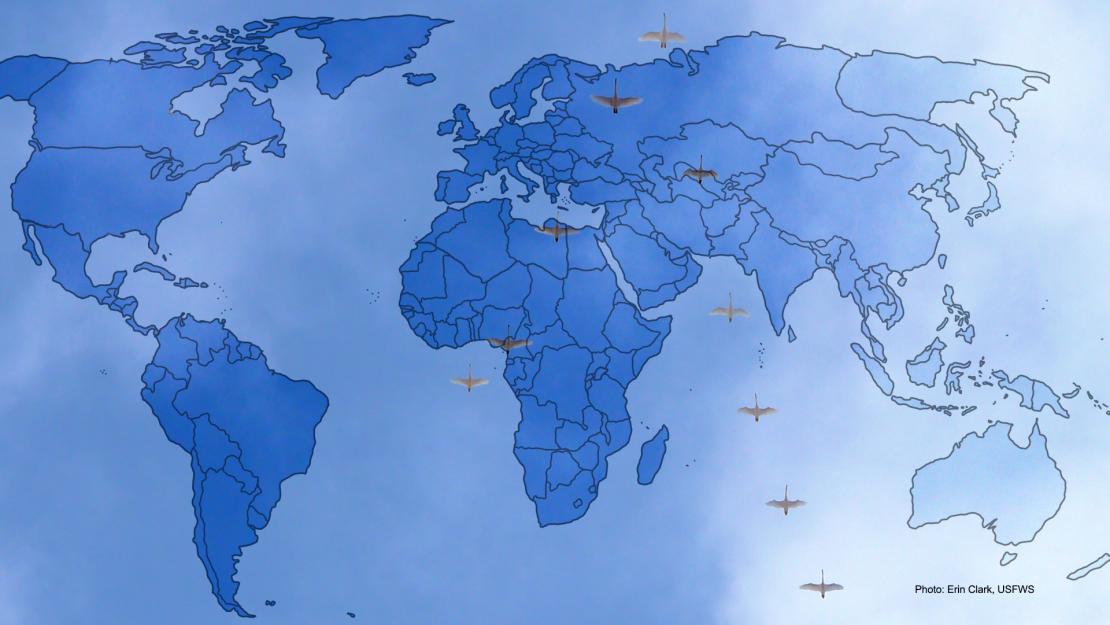 December 18 is International Migrants Day, an initiative by the United Nations to improve public perceptions of migration and to combat hostility toward migrants and refugees.

Promoting global support for migrants and refugees is as important as ever especially with the Syrian refugee crisis, said Ibrahim Awad, director of AUC’s Center for Migration and Refugee Studies (CMRS). “The Syrian refugee crisis made it clear to people how the Middle East and Europe are in the same neighborhood," he said. "What happens here impacts them there, and what happens there affects us here. Rather than frame the world as 'us vs. them,' it is clear now that the world is one. It is in this spirit that we can find common ground because this is an issue that can not be solved without working together.”

Shaden Khallaf, adjunct lecturer in CMRS and acting head of the Policy Unit at the Middle East and North Africa Bureau of the United Nations High Commissioner for Refugees, agreed, underscoring the importance of global solidarity after recent terrorist attacks. “The tragic terrorist attacks that have taken place over the past few weeks have highlighted the interconnectedness of so many issues across the globe," she noted. "They have shed light on the vulnerability of people fleeing such extremist violence and seeking safety for their families in neighboring countries and beyond. This highlights the need for international support to the countries being most affected by this crisis.”

Despite the need for global solidarity, Awad noted the rising tensions surrounding the refugee crisis, especially since the November 13 attacks in Paris. “In Europe and the United States today, we see diversified reactions to Syrian refugees," he explained. "While some people are welcoming, other parts of the population are not.”

In particular, Awad pointed to increased support for far-right political groups in Europe and the United States. “There is hostility toward Syrian refugees, especially from the far-right. Before the Syrian refugee crisis, of course, the far-right was still partly defined by its views toward migration and refugees,” said Awad. “Yet, during the refugee crisis and even more so after the Paris attacks, there has been a reinforcement of these views among the population. There is a feeling of apprehension and fear, and, to be honest, I think it is understandable that people feel threatened given recent events.”

The success of the French far-right party, the National Front, in the first round of local elections earlier this month serves as one example. “The first place wins of the National Front in France in the local elections may be partly attributed to the Paris attacks and to the arrival of Syrian refugees. Of course, this is also because of more general dissatisfaction among the population toward the main two political parties in France, the Socialist Party and the Republican Party, and their economic policies,” Awad explained. “But, it would be fair to say that the National Front was given a push by terrorist attacks on Paris.”

On the other hand, both Awad and Khallaf pointed out that others continue to welcome and support refugees. “What we have seen, and will hopefully continue to see, are remarkable acts of generosity on the part of populations both in Europe, the Middle East and other parts of the world, where civil society actors have been engaged in welcoming Syrian refugees and in ensuring that they are received with dignity,” said Khallaf.

A longterm solution, Khallaf added, hinges on building public support for refugee assistance, “In order to continue to receive the resources required for protection and assistance services to be delivered, and in order to ensure social cohesion and support to host communities as well, this engagement should be nurtured and enhanced over the long term,” she said.

Sharing the same sentiment, Awad noted that international engagement is key to improving perceptions of migrants and refugees and, in turn, finding a global solution, “Our interest in these issues is affected by the context of who we are and where we live, and I think people who feel some affinity with Muslim populations in Europe should also work toward reinforcing the middle ground between certain European political forces and in the United States," he said. "It does not mean we agree on everything, but there is a core here in Egypt and abroad that believes in preserving rich, dynamic societies where we can all coexist.”