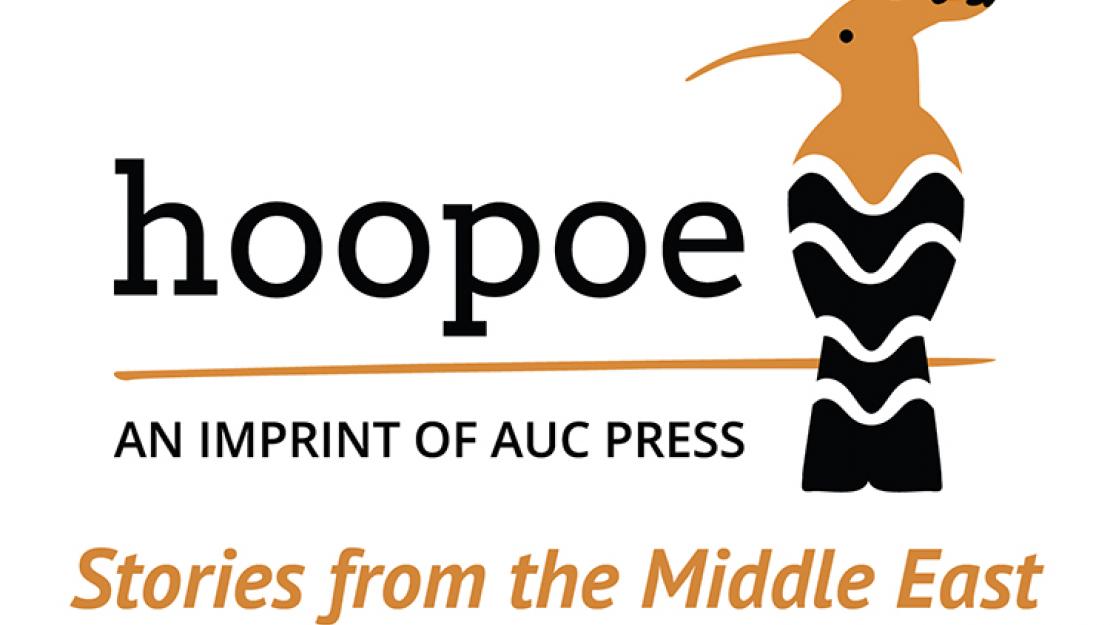 Hoopoe Fiction is a new imprint recently launched by the AUC Press.

Hoopoe Fiction, a new imprint launched by the AUC Press, is aimed at bringing contemporary stories about the Middle East to a wider global audience. The imprint has published two seasons of English-language translations of fiction titles by Middle East authors across a variety of genres including crime, noir, political satire and historical sagas.

In publishing, an imprint is a subsidiary of a publishing house that specializes in a certain area. “It’s a carving out of some part of the publications list that you want to bring special attention to,” explained Nigel Fletcher-Jones, director of AUC Press.

He noted that, while the AUC Press is already a large publisher of Arabic fiction in translation, this imprint represents a fresh approach and has the potential to attract an entirely new audience. “When we looked at the kinds of things we were publishing in Arabic literature in translation, it struck us that many of these books are quite academically oriented and not that approachable for the average reader,” he said. “We’ve been publishing Arabic literature in translation for many years with authors like Naguib Mahfouz and other Egyptian writers, but now we’re drawing in writers from across the Middle East and North Africa and giving a new generation of authors a chance to reach a global audience.” So far, Hoopoe has published for authors from Lebanon, Sudan, Morocco and Syria, as well as Egyptian writers.

By featuring the work of writers from across the region in a variety of genres, Hoopoe is presenting a fresh image of the Middle East to readers outside the region. “Part of the mission of the AUC Press is that we try to reflect what is happening in the Middle East, from the Middle East, and the primary audience for Hoopoe is readers in the United States and Europe,” explained Fletcher-Jones. “Hoopoe is part of that mission by making approachable interesting books that give people a better sense of what makes the region tick.”

When choosing books to publish under the new imprint, Fletcher-Jones and his team function by clear and simple criteria. “What we’re looking for, ultimately, are good authors with good stories to tell that will be attractive to those audiences,” he stated. "It’s all in the spirit of trying to get people more interested in what’s happening in the Middle East in terms of fiction and to accurately reflect what the Middle East, and the people who live here, are really like.”

Fletcher-Jones also explained that “so far, what we have done is publish books translated from Arabic. However, we will also consider books that are written in English because many of the younger generations of writers in the Middle East can already write well in English,” he said, indicating that there is a possibility of publishing books in the Hoopoe series from people who live outside of the region and may be first or second-generation immigrants elsewhere, but are writing about the Middle East.

Hoopoe released the first round of books in spring 2016. According to Fletcher-Jones, the Egyptian novel The Televangelist, which was already very popular in Arabic, as a strong seller for Hoopoe. Whitefly has also been successful. “It’s a kind of a police procedural story set in Morocco dealing with the smuggling of people into Spain, so it’s very pertinent to the times,” said Fletcher-Jones. Several of the books in the Hoopoe series are past winners of the Naguib Mahfouz Medal for Literature, including the 2014 winner The Longing of the Dervish by Sudanese author Hammour Ziada and No Knives in this City's Kitchens by Syrian writer Khaled Khalifa, which won the year before.

Hoopoe not only highlights the work of talented Arab authors, it also brings the work of expert translators to the wider literary world — and that world is taking notice. Two of the books from Hoopoe, Jonathan Smolin’s translation of Abdelilah Hamdouchi‘s Whitefly and Jonathan Wright’s rendition of Ibrahim Essa‘s The Televangelist, have been chosen as finalists for the 2016 Saif Ghobash Banipal Prize for Arabic Literary Translation.

Hoopoe and the individual titles already launched have received major press coverage in the United States and United Kingdom, in particular. After the imprint launched, retail giant Barnes & Noble immediately ordered copies of each book, and the entire Hoopoe series is easily available on Amazon and Kindle. “Early indications are that we are already reaching far more readers interested in the Middle East through the Hoopoe imprint than ever before,” ” said Fletcher-Jones.

The logo, the Hoopoe bird, is found throughout the region and known for its distinctive crown of black and white feathers, as well as a unique call. In the Quran, the hoopoe is depicted as a trusted messenger, and in ancient Egypt, it was a sacred symbol of the heir apparent to the throne.