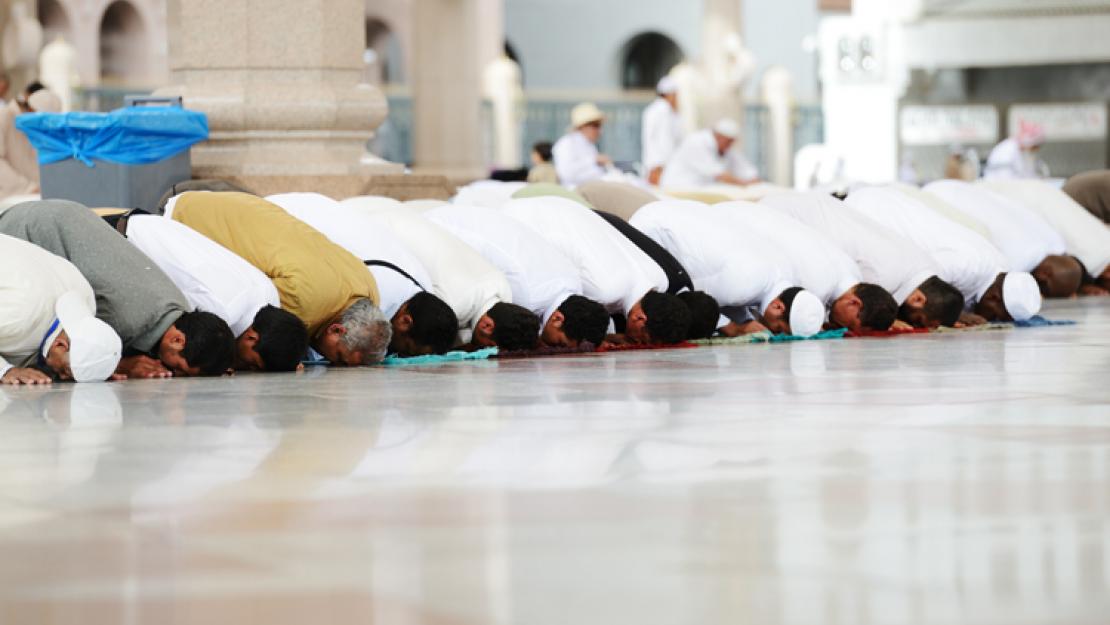 Eighty-four percent of the world’s population belongs to a religious group, with nearly one-fourth of people worldwide — 1.6 billion people — identifying as Muslim, according to thePew Research Center Forum on Religion & Public Life. Even though religion plays a role in the lives of many, psychological practice has been slow to integrate religion into therapeutic work to help in the alleviation of loneliness or stress through “spiritual energy,” argued Hani Henry, associate professor of psychology at AUC.

“As part of my training as a clinical psychologist in the United States, I was trained to respect other world views and religious beliefs; however, there is tension in the field about integrating religion into therapeutic work to help people with existential concerns, self-esteem, stress issues, anxiety and depression,” explained Henry, a practicing psychotherapist working with patients from various backgrounds across Cairo who published an article titled “Spiritual Energy of Islamic Prayers as a Catalyst for Psychotherapy” in the Religion and Health journal last fall. He began conducting a study in 2011 of how his patients responded to the inclusion of prayer in psychotherapy. In the article, he provides a case study of one particular patient who made progress as a result of this approach. In the field of clinical psychology, there are generally two schools of thought about how religion should be integrated into therapy. “Some therapists encourage the implicit approach, meaning that if the client brings it up, the therapist encourages them, makes space for them to talk about it and shows respect,” Henry noted. “However, there is also the explicit approach, when the therapist makes religion and prayer a part of the therapeutic regimen, monitoring the patient’s progress as a result and talking about faith and spiritual issues — not to force beliefs but to engage in honest conversations about what their prayers represent to them.” Henry has observed that prayers may produce “spiritual energy,” which is an old concept but nevertheless has rarely been incorporated into traditional psychotherapy, and has never been examined with respect to Islamic prayer. “Spiritual energy is like expanding yeast, or the forces of life pushing seeds to germination,” said Henry, citing John Rufus’s Spiritual Energies in Daily Life. “Some people describe it as feeling a jolt. It is a life-giving experience, something that provides motivation. There are different options of what it is exactly, but clients who have experienced it feel moved, powerful, shivering or warmth, a sense of bliss. It is not just physical, but metaphysical. It is a very experiential kind of energy.” People gain spiritual energy through Islamic prayer as a result of the feeling that they have made a direct connection with God, which can empower and motivate them, as well as alleviate feelings of loneliness or isolation, Henry contended. This connection to God may give Muslim patients the strength to deal with problems they are facing in their lives. ”Faith can give people energy, can invigorate them,” affirmed Henry. “The benefits of this spiritual energy include the amelioration of stress, help in solving problems and better interpersonal understanding. The most important thing for many people is forgiveness of others, as well as yourself. People with depression and anxiety feel a lot of guilt and shame. The spiritual energy that comes from prayer may help people forgive themselves.” Henry worries that many therapists try to avoid spirituality or religion because they do not feel qualified to discuss it. “Therapy offers something and so does spirituality, so why not combine these wonderful experiences?” he remarked. “This is especially important with people for whom religion is the center of their life. There shouldn’t be mutual exclusion between psychological theory and spirituality; these things can be integrated as a cohesive whole.” Henry acknowledged that therapists do need to be cautious when dealing with religion, noting that, “therapists should be careful not to do things they are not qualified to do. This is not preaching; you should not question their beliefs or have a theological discussion. Practitioners should just use their clinical judgment. Therapists also must question their own biases and assumptions, and avoid being condescending, even on the inside, about other people’s beliefs.” The key to integrating religion into therapy is through honest discussion, encouraging the use of prayer, and linking prayers to therapeutic work, Henry explained. “Therapists are helping patients actualize themselves, find their potential, experience emotional change and accept their limitations. Therapists should focus on using prayer to achieve these gains and helping the patients use spiritual energy for personal growth, forgiveness and stress relief. Therapists can also guide patients to maintain the spiritual energy in their lives by suggesting prayers they can say on the spot if they begin to feel pressure.” When Henry reached out to other psychological practitioners in Egypt to compare their experiences with using prayer in therapy, he discovered that this approach was frowned upon. He hopes to develop workshops specifically for Egyptian therapists about how to combine spirituality and psychotherapy. “Therapists need to find a way of using this wonderful tool,” he urged. “If someone tells you there is something that can help them, why not capitalize on it?”