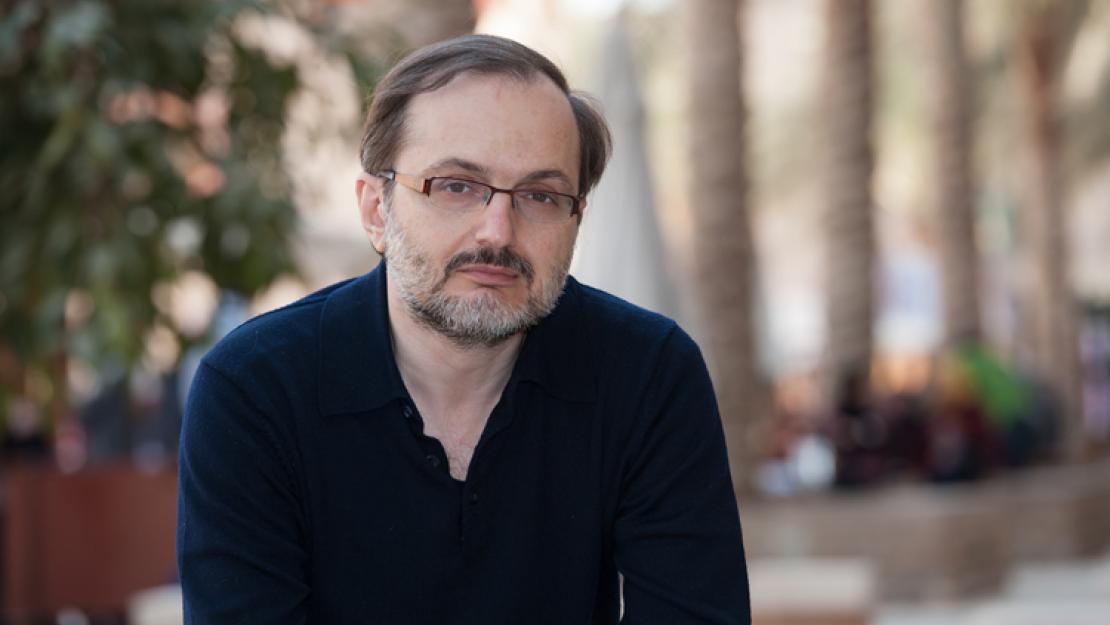 Hani Sayed, associate professor and chair of the Department of Law, is delivering a lecture tomorrow, Wednesday, October 15, titled "Gaza and the Stakes of Law," as part of the new lecture series initiated by the School of Global Affairs and Public Policy (GAPP) this year: Wars, Conflicts and Violence. Sayed'slecturewill be held at 1 pm in Prince Alwaleed Bin Talal Bin Abdulaziz Alsaud Hall, room 2175, AUC New Cairo.

The Wars, Conflicts and Violence series will span the 2014 - 2015 academic year and will include five to seven lectures. “We wish to cover forgotten conflicts and wars,” said Sandrine Gamblin, director of the Middle East Studies Center, who is coordinating with Sayed in organizing the series.

The impetus behind this new series, as Gamblin put it, is two-fold. First, “this summer witnessed another war in Gaza, and conflicts in the region (Syria, Iraq, Yemen and Libya) have faced dramatic accelerations of military action and violence, which resulted in the intervention of international coalitions,” so it's important to shed light on these developments. Second, Gamblin expressed “a need to focus deeply on these conflicts in the region, while maintaining a comprehensive approach to conflict and violence in general.” In addition, AUC students consistently express enthusiasm in understanding conflicts within the region, she said.

According to Sayed, the series “aims to provide students with the intellectual space to engage critically in discussions on wars, violence and conflict generally insofar as they shape how our contemporary world is governed, but also specifically on how they affect the making and the unmaking of the ‘Middle East’ as a category and as a field of academic reflections.”
As the year progresses, the Wars, Conflict and Violence series will help guide campus discussions surrounding violence. It is especially timely for AUC students, as Gamblin noted. “Violence, not only wars, is a topic that needs to be covered and discussed, especially after January 2011 and its aftermath in the region," she said, adding that dialogue surrounding violence includes “conflictual societies and state violence, both from a theoretical dimension and a very factual and pragmatic perspective.”

For Sayed, this lecture series is not only important to understand the dynamics of wars and conflicts in the region, but also to be aware of and appreciate historical identity. "I would not want to connect these lectures to specific events at specific times," he said. "War, violence and conflict in the Middle East have been constitutive of our understanding of our modern history, even identities and personal trajectories. Addressing this topic will always be difficult. War, violence and conflict are to individual psyche like the 'Real' in the Lacanian sense of the term. It cannot be represented. But it is imperative that we confront it."