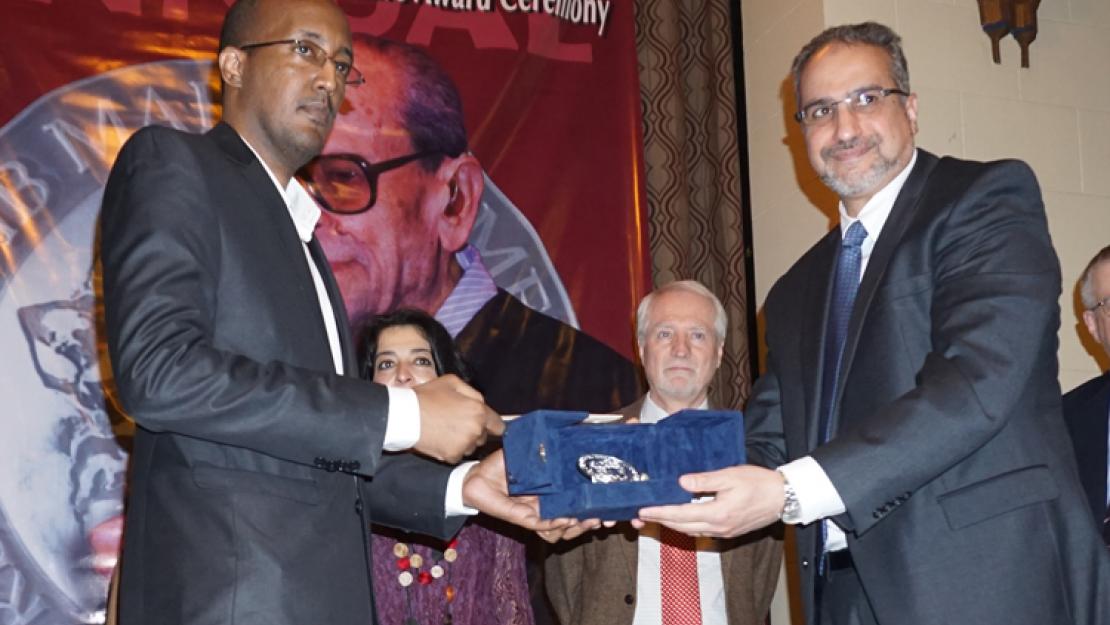 Sudanese writer Hammour Ziada hasreceived the 2014 Naguib Mahfouz Medal for Literature for his novel Shawq al-darwish (The Longing of the Dervish). Ziada is the first Sudanese to win the award. “I stand before you today, ladies and gentlemen, and declare that … heritage is what caught the attention of the judges of the Naguib Mahfouz Medal for Literature,” said Ziada in his acceptance speech at the award ceremony, which was held on December 11, the birth date of the late Naguib Mahfouz. “Because what the novel Shawq al-darwish attempted to present is part of the stories of the country of the men with burnt faces. Stories of their sufferings, dreams, ambitions, defeats, history and legends. … Shawq al-darwish attempts to break the borders of loneliness. To present some companionship to its reader. To bring together our Sudanese sentiments colored with legends with the sentiments of the human community.” Set in 19-century Sudan, The Longing of the Dervish is a love story of a Sudanese slave at the time of the Mahdist uprising. “Shawq al-darwish is characterized by an epic richness that courses through the narrative,” stated the judges in their citation of the award, “not only on the level of the complexity of the character of the tragic hero, but also on the level of the multiplicity of the modes of discourse: marvelously and richly alternating between narrative, poetry, songs, folklore, historical documents, Sufi and church hymns, Quranic and Biblical verses, and even writing about writing. . . . In its illustration of the devastation caused by the Mahdi uprising, a fanatical, extremist, and violent religious movement, Shawq al-darwish is a powerful statement on the current scene in the region where religious extremism is causing havoc.” The Naguib Mahfouz Medal for Literature, awarded annually by AUC Press, recognizes an outstanding novel that has recently been published in Arabic, but not yet translated to English. As part of the award, the text is translated into English and published by AUC Press. The selection committee for the medal consisted of Tahia Abdel Nasser, assistant professor of English and comparative literature, AUC; Shereen Abouelnaga, associate professor of English literature, Cairo University; Mona Tolba, professor of Arabic Literature, Ain Shams University; Rasheed El-Enany, emeritus professor of modern Arabic literature, University of Exeter; and Humphrey Davies, award-winning translator of Arabic literature. AUC Press established the Naguib Mahfouz Medal for Literature in 1996. Past winners have included Hoda Barakat, Mourid Barghouti and Yusuf Idris. AUC Press has been the primary publisher of Naguib Mahfouz’s English-language editions for more than 25 years and has also been responsible for the publication of some 600 foreign-language editions of the Nobel laureate’s works in more than 40 languages around the world since the author won the Nobel Prize for Literature in 1988. Nominations and submissions for the 2015 Naguib Mahfouz Medal for Literature are open until February 15, 2015. Arabic novels published for the first time in 2013 or 2014 that have not yet been translated into English are eligible. For details,click here.