Hamid Ali Highlights the War vs. Bread Dynamics in Darfur 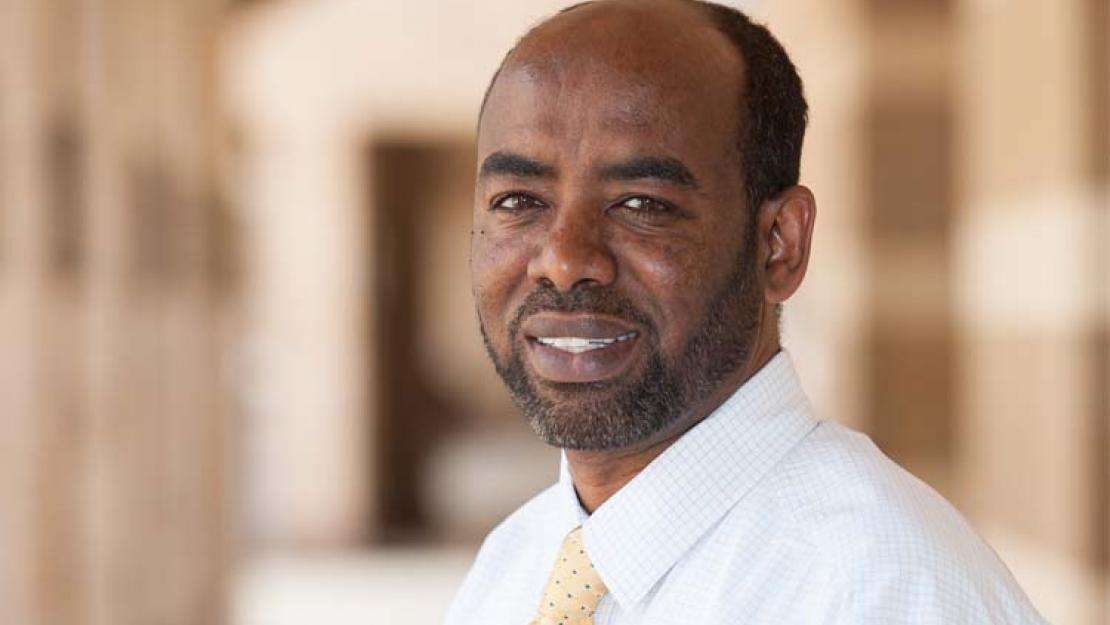 A country’s increase in military spending often increases economic inequality, which may cause social tension and trigger public demand for political and social change, argues Hamid Ali, associate professor and chair of the Department of Public Policy and Administration.

“Increases in military spending often come at the expense of public spending on social programs such as health and education,” explained Ali. “When defense spending is increased, the military institution competes for scarce resources with other social entitlements, which can have a destabilizing effect.”

A striking example is the ongoing war in Darfur, described by the United Nations as a “one of the world’s worst humanitarian crises,” with more than 1.4 million people displaced. Examining the conflict from an economic point of view, Ali found that the estimated cost of the Darfur war from 2003 to 2009 was $30.5 billion, equivalent to 171 percent of Sudan’s GDP in 2003 alone. For each $1 million spent on military expenditure, the country’s growth rate was reduced by almost 50 percent. In addition, the Sudanese economy lost at least one-quarter of its value in destroyed goods every year. “The Sudanese government spent 1.3 percent of its budget on public health care and less than 1 percent on education in the last two decades, while military spending was significantly on the rise,” Ali said.

The price of the Darfur war includes direct costs such as extensive infrastructure damage; thousands of burned villages, with all their schools and health centers; military spending and its negative impact on capital formation; as well as the loss of lives and income. “Much of the Sudanese population lost its livelihood during the war, and many have been living on food aid,” said Ali. “Loss of productivity in Darfur started at $100 million in 2003 when the war began. By 2009, the total productivity loss for this time period was $7 billion. War rendered hundreds of thousands of households unproductive, and also changed their lifestyle and consumption patterns to the worse so that many were left without work or future earnings.”

There were also indirect costs of the war, which included immigration of skilled labor, flight of capital and investments, and lost opportunities for educating youth due to the number of people who missed out on schooling. “The Darfur war consumed roughly 13 percent of the state budget in a society that is behind on all human development indicators and lacks the means to provide the basic entitlements of education, food, health care and shelter to its people,” Ali said. “The war constituted a huge drain on the country’s resources, not to mention war spillover into neighboring countries such as Chad and the cost of UN peacekeeping operations.”

During the 2011 Darfur Peace Agreement talks in Doha, Qatar, the Sudanese government and the rebels quickly reached a stalemate, Ali noted, because of the government’s inability to pay $3 billion as a compensation for the rebels and displaced people. “What’s ironic is that the war cost more than $30 billion, whereas the Sudanese government refused to pay a fraction of that amount as a way to end the conflict,” Ali said. “The war might have actually been settled in 2003 by conceding to the rebels’ early demand of $60 million. Instead, the Sudanese government refused to pay, and the war has now cost Sudan and the international community billions of dollars, and the price is still rising. The first step toward recovery from the war is to stop the war.”

This specific body of work falls under Ali’s broader specialty in peace economics, a branch of economics that analyzes a society’s social, economic and cultural institutions and policies with the aim of preventing potential violence. Peace economics came to the forefront of nuclear nonproliferation discussions during the Cold War period, and since then has remained a pivotal driving force behind the movement to reduce armaments worldwide.

Through his research on peace economics, Ali analyzed in-depth the Darfur war’s economic cost. “The majority of peace economists focus on the relationship between military spending and other macroeconomic variables, such as growth, unemployment, investment and purchasing power, overlooking the impact of military spending on economic inequality,” noted Ali, whose findings were cited by the German Institute for Economic Research and were used as a reference by the U.S. State Department, the U.S. Institute of Peace and the United Nations Mission in Darfur to highlight the often-unknown literal costs of the war.

With many variables at play, the link between military spending and economic inequality can only be described as “complex,” Ali noted. In developed countries, for example, an increase in the demand for military personnel results in an increase in military pay, as well as an increase in the wages of electrical engineers, aircraft manufacturers, shipbuilders and other members of the labor force specialized in defense production. As a result, economic inequality increases. However, if workers in the defense sector are already highly paid, a reduction in military spending would lower their wages and, thereby, decrease inequality. “In general, if military expenditure is geared toward the purchase of equipment and armaments, inequality is bound to increase, but the more labor-intensive defense spending is and the more home-grown military production is, inequality is bound to decrease because the industry then operates as an effective job creator,” said Ali.

Whether equipment-intensive or labor-intensive, an increase in military spending at the expense of public services, such as health and education, will ultimately cause social destabilization, Ali concluded. “This would definitely fuel widespread demand for social and political transformation,” he said. “An increase in military spending is the response of those in power to preserve the status quo and achieve stability. However, with the associated rise of economic inequality, voices of dissident trade unions and other egalitarian forces also rise. Governments must realize that high military budgets often jeopardize social programs and public services that could potentially boost the economy and generate more jobs, and this is a looming hazard. If we don’t come to this realization soon enough, we would be further draining our economies and inhibiting growth and development.”