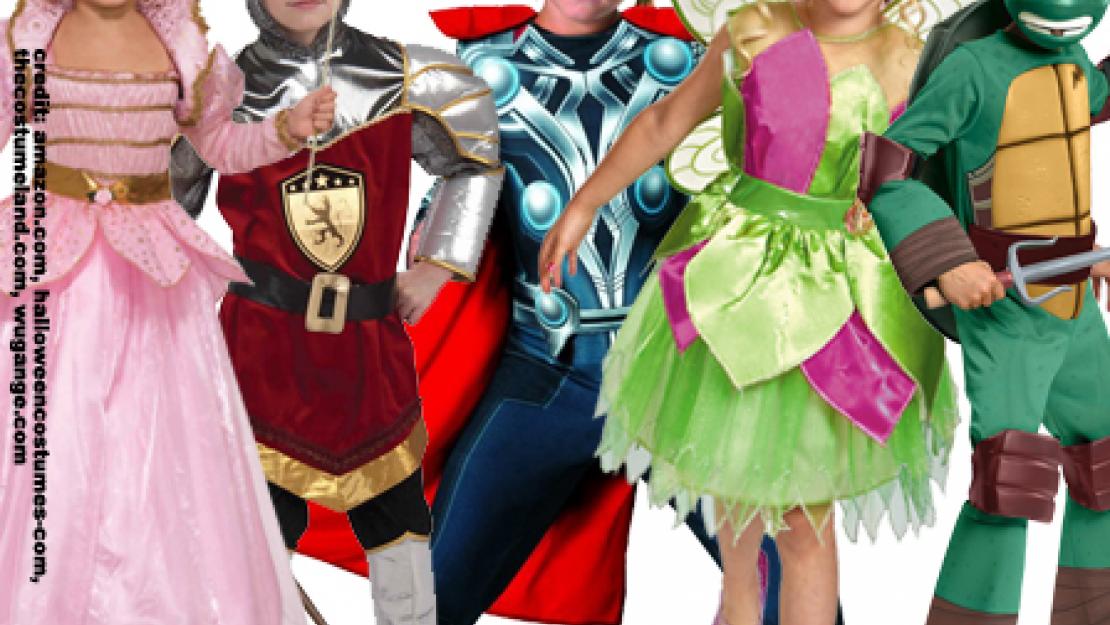 Costumes are an integral part of the Halloween tradition, yet sociologists argue that these costumes play a role in reinforcing gender stereotypes and, in some cases, breaking cultural norms.

“Halloween is the time of the year when a kid can wear a costume, but it has to be ‘gender appropriate,’” said Michael Ryan, assistant professor of sociology. “Little boys wear costumes that reflect success in the economic world, like doctors or businessmen, while the costumes that girls wear emphasize attractiveness.”

The idea of wearing costumes during Halloween finds its roots in the ancient Celtic festival of Samhain, where people would light bonfires and wear costumes to ward off roaming ghosts. Over time, these costumes evolved into representing figures from pop culture and archetypes like princesses. These costumes are now part of a holiday that generates $6.9 billion in sales in the United States. Despite the popularity of these Halloween costumes, experts say such outfits are problematic because they follow strict gender lines.

“Even in the case of ‘gender neutral’ costumes, the outfits are still encoded to reflect gender in some way,” Ryan said. “For example, a bunny costume will be in lighter pastel colors for girls and will be in brighter colors for boys. Gender is inscribed in the very fabric of the festivities.”

Helen Rizzo, assistant professor of sociology, also noted that gender stereotypes are a reflection of fixed images and expectations that we have based on being male or female. “Very few parents would let their son be a princess for Halloween,” she said, adding that Halloween costumes mirror expectations of how men and women should behave. With girls often dressed up as princesses and boys as superheroes, these Halloween costumes “reinforce the idea that girls are weak and need to be protected,” Rizzo explained.

Despite these arguments, many people feel that there is no harm in wearing these costumes. “Some people will dismiss you and say you are making a big deal out of nothing. They says it’s Halloween; we’re just having fun,” Ryan said. But the perpetuation of these gender stereotypes may have negative consequences, according to Rizzo. “These rigid stereotypes are unhealthy because you are limiting boys and girls from experiencing the full range of emotions,” she explained. “Men are inhibited from acting nurturing and emotional because these are associated with ‘feminine’ qualities.”

Sharing the same viewpoint, Ryan acknowledged how gender roles inhibit the ability to make choices. “We are not leaving these kids a choice to express in ways outside of the norm. These roles shape preferences and set rules about what one can and can’t do,” he said.

However, Ryan pointed out that wearing Halloween costumes may also offer a sense of liberation from some cultural taboos, especially for teenagers and adults. “Halloween allows you to take the role of someone else, so it provides a means for self-expression and liberation,” he said. “When people put on a wig, they immediately take on another persona, expressing the character traits of this new identity. For example, Lady Gaga will change her hair or costume to change her persona. Halloween, in some ways, let’s us all be Lady Gaga.”

In this way, Ryan explained, Halloween gives people the chance to act in ways that they wouldn’t be able to in their everyday lives. For example, recently, women have started to wear more “provocative” Halloween costumes, and men dress up as female television characters and archetypes. “Women can dress provocatively and be excused, and men will also dress in drag,” Ryan said. “This is an opportunity for play that you find only during Halloween. In some ways, these costumes allow individuals to break cultural taboos.”