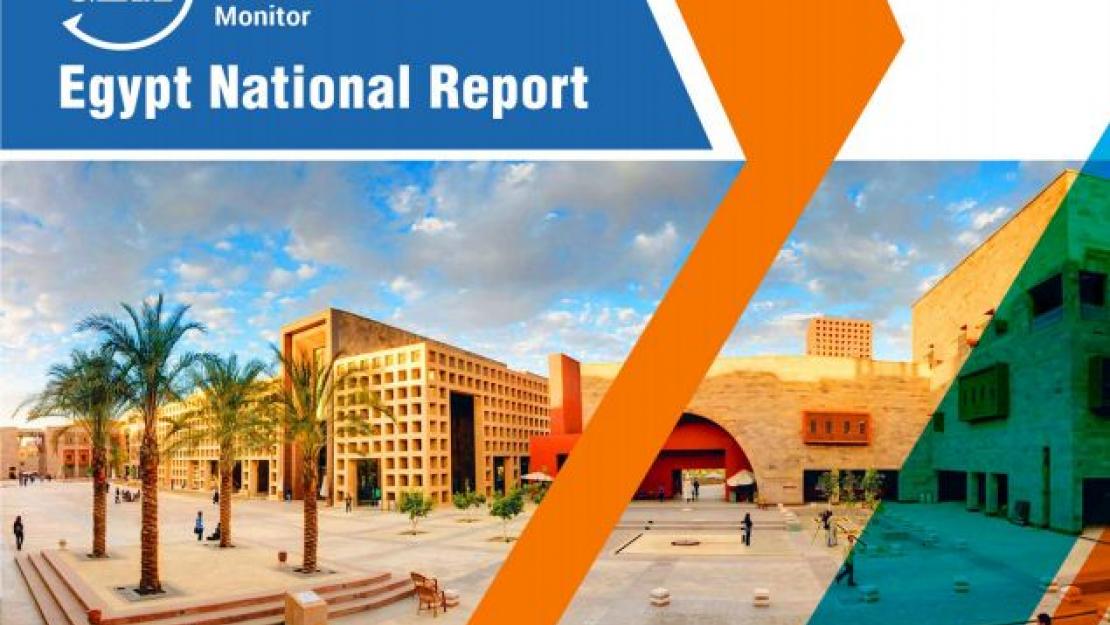 These findings are part of the recently produced Global Entrepreneurship Monitor (GEM) Egypt National Report, which shows that entrepreneurship and entrepreneurial ventures have encountered increasing popularity and improved regard in recent decades throughout Egypt. Despite this growing trend, however, serious obstacles remain for Egyptians to start a new business.

"Entrepreneurship is a key driver of economic growth for Egypt and around the world,” said Ayman Ismail ’95,’97, assistant professor of management, the Abdul Latif Jameel Endowed Chair of Entrepreneurship and one of the authors of the report. “This is exactly why the GEM study is so important; it provides evidence-based analysis of entrepreneurship in Egypt.”

AUC’s School of Business joined forces with the GEM consortium to produce the report. The AUC team was led by Ismail and Ahmed Tolba, associate professor of marketing and associate provost for strategic enrollment management, along with AUC Alumna Shima Barakat ('95 '97), head of entrepreneurial learning programmes and engagement at the Entrepreneurship Centre at the University of Cambridge Judge Business School. This report provides an in-depth, detailed analysis on the current state of entrepreneurship in Egypt and is the fourth report of its kind to be published.

"Entrepreneurship is a key component of economic growth in Egypt," said Tolba. "AUC has been a hub for entrepreneurship and will undoubtedly continue to be one by supporting economic strength and innovation in Egypt."

“While much progress has been made in Egypt's entrepreneurial ecosystem over the past few years, it remains at the infancy stage,” said Ismail. “The GEM report offers policymakers, development agencies and even individual entrepreneurs important advice and resources to move forward.”

Broadly, the GEM report reached the conclusion that there are about half as many “early-stage entrepreneurs” in Egypt as the global average. Total early-stage entrepreneurial activity (TEA) is the overall metric used in the report's measurements, and the TEA rate in Egypt is 7.4 percent, while the global average is 13 percent. While this rate can signal many things, the report’s authors note that it likely indicates a national workforce that is highly dependent on more traditional employment, rather than entrepreneurship.

However, during the same period of measurement (2010-2015), the report also states a notable increase in interest for undertaking an entrepreneurial venture, even if fewer are acting on such an interest. The study also reports a significant rise in the number of individuals engaged in the process of starting a new business, while the number of people who have fully created a new business has decreased.

Explaining the reasons why Egyptians might choose to start a new venture, the report states that more than 42 percent of early-stage entrepreneurs are "necessity entrepreneurs," meaning they started a new venture due to a lack of other employment opportunities.

One of the report’s important findings is that only one out of every four entrepreneurs in Egypt is a woman, which is significantly lower than the global average. Young adults between the ages of 25-34 are also the group most likely to undertake an entrepreneurial venture.

Despite the economic challenges present in Egypt and the world today, the report notes the important role that entrepreneurship can and should have in economic recovery. As more and more people become interested in pursuing entrepreneurship and entrepreneurs become regarded with higher status, the potential for a strong economy only grows.

“Over the past decade, Egypt has witnessed an entrepreneurial revolution, with a growing number of support organizations, emerging policy focus, and numerous government and donor support programs,” said the authors of the report. “However, despite our progress as an ecosystem over the past decade, a lot remains to be done.”

While Egypt’s entrepreneurial system ranks in the bottom quartile globally, the report shows particular strength in Egypt’s physical infrastructure and internal market dynamics -- two crucial components of a healthy entrepreneurial eco-system. Although the report displayed a decline in several other areas -- such as finance and education -- it also displayed particular improvement in cultural or social norms supporting entrepreneurship, as well as market entry barriers for those wishing to start a new business.

Beyond simply reporting the current state of Egypt’s entrepreneurial environment, the report also provides various policy recommendations. First, it urges government to recognize entrepreneurship as a priority. Second, both international and local donor organizations, as well as well-established companies, should better research the field of entrepreneurship to more accurately and effectively target long-term development. Lastly, the report recognizes the vital need for specifically targeted campaigns that support women entrepreneurs, business education, internationalization of local firms and the use of technology, and that improve the image of entrepreneurship more broadly.

“There is visible need for more rigorous research to understand the behavior of individual entrepreneurs, the dynamics inside the startup firm, the culture at the national level, and the policy and regulatory framework at the government level,” the authors noted.