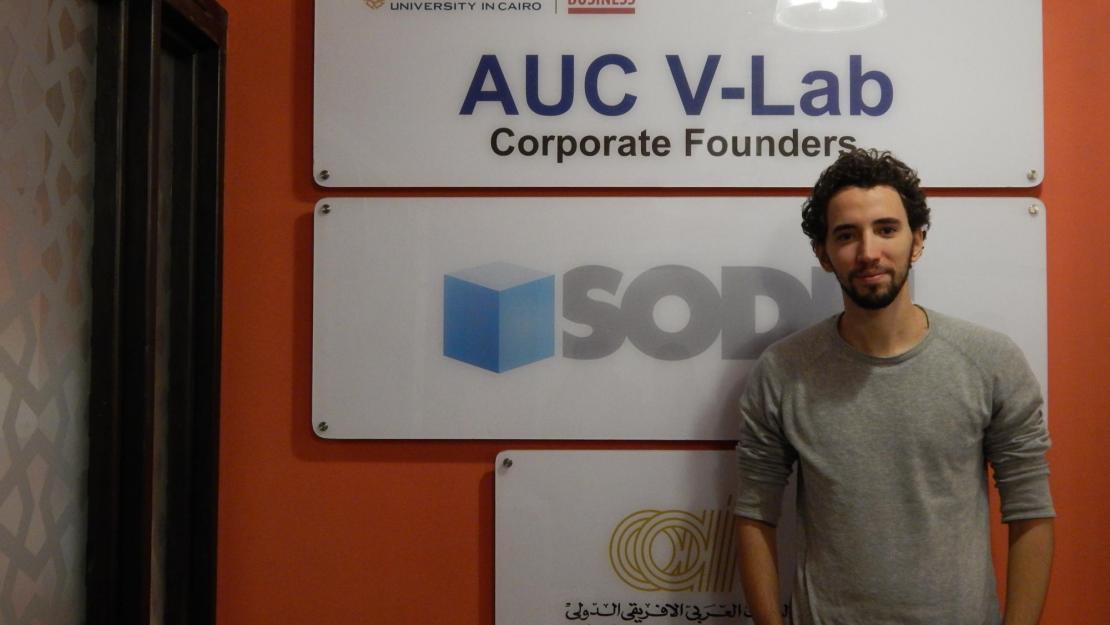 While the common argument is that apps and smartphones have disconnected people from each other, a group of young entrepreneurs are actually using this technology to bring people together in real life.

When Howard Gardner and Katie Davis of Harvard and Washington universities coined the term “the app generation” to describe today’s youth, they were spot on. Apps have become an integral part of everyday life for youth that it seems almost unimaginable what life was like before then.

While the common argument is that apps and smartphones have disconnected people from each other, a group of young entrepreneurs are actually using this technology to bring people together in real life. Ahmed Maher developed a friendship app to help Egyptian local community members connect, share common interests, hang out and do more in real life. The app, Frien10, has been incubated at the AUC Venture Lab. Only three months since the app’s launch in the market, the founders have won first place in the United Nations Development Programme’s Egypt Social Entrepreneurship Competition, which awarded them the opportunity to attend the 1ASEAN Entrepreneurship Summit in Malaysia last month.

“Connecting with members of your community or building a social life sometimes requires coming out of your comfort zone and leaving cultural traditions behind,”said Maher, co-founder and CEO of Frien10.

Frien10, which was launched in September 2015, has attracted 200 users from different communities in Cairo and Alexandria. It has connected people from various Egyptian universities, professions, and social and cultural backgrounds. “In the Arab culture, it is hard to meet new people who are outside your social network, whether from college or work, or even family and common friends,” explained Maher.“Trying to find someone in your community who shares common interests can be frustrating due to cultural reasons.”

The most problematic issue, Maher added, is that it is not easy for people in Egypt, particularly the older generation, to understand that it is okay to step outside the traditional boundaries and experience something new. “There are currently no social networks that fit our culture, so it makes sense to have a social network that allows anyone to connect within his or her community on a group-based platform,” said Maher. “Using Frien10 makes it easier for anyone, including foreigners living in Cairo, to communicate and meet locals without having to care about social class, gender or safety concerns.”

The focus of Frien10 is to build small community groups. The application gives users the option of selecting from a list of preferences that includes book, art and entrepreneurship to match them with a group of people with whom they could become friends. Groups can meet by reserving a meeting spot through the application and can also benefit from discount offers in particular cafes and restaurants.

In addition to these features, the application also has a gender-inclusive activity called Ladies Night, where only women can join to come together. “Developing culture sensitivity features like non-mixed gender groups was important, especially for women,” Maher explained. “It is difficult for them to meet new people and socialize with the opposite gender.”

Frien10 is more than a texting application. Users who are interested in discussing development projects or startup business ideas have the option to communicate through the app. “I have spoken to groups about what it means to be an entrepreneur,” added Maher. “One group recently started their own business in recycling waste products, which is an innovative way to help improve our community.”

The AUC Venture Lab has supported Frien10 in accelerating its business idea into the market. “Before I knew about AUC’s V-Lab, I was facing difficulty finding an incubator that believed in the aim of our business because our business idea might be considered new or different in Egypt,” said Maher. “We as founders have excellent mentors who have helped us build our business model and develop effective marketing strategies. Slowly, Frien10 is becoming trustworthy and growing with credibility.”

For Maher, Frien10 has a different edge than most well-known social platforms. “Other social networking platforms like Facebook, WhatsApp and Twitter are used to connect with common friends; they’re not platforms to explore or discover new members living in your community,” he said.

The Frien10 application is now available for Android phones and maybe purchased on the Google Play store and on Frien10.com.