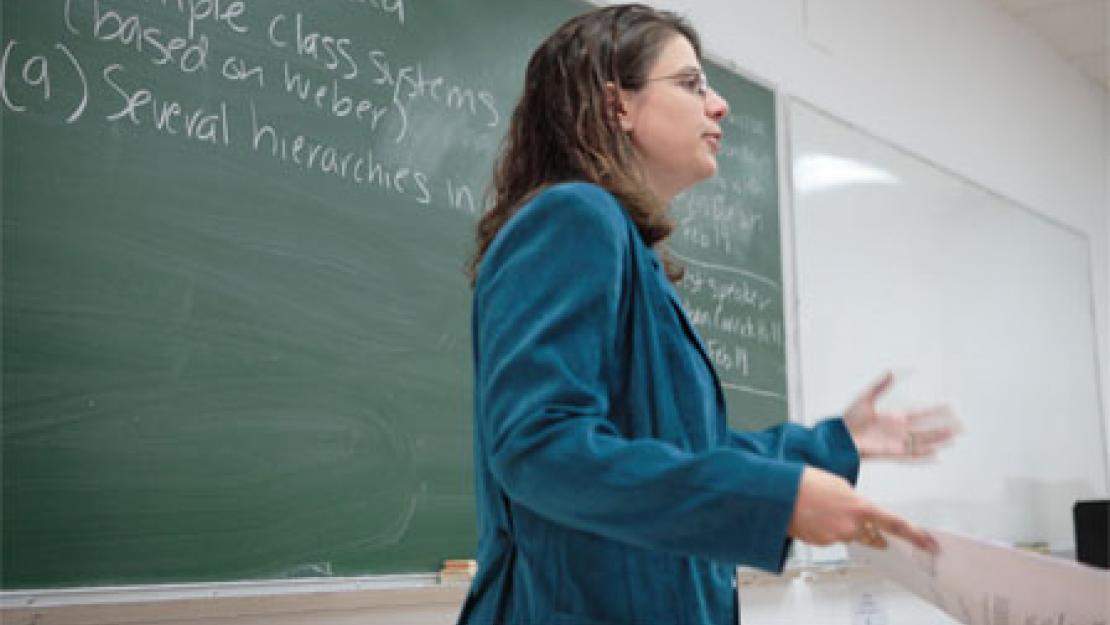 Last spring, a group of faculty members at AUC decided to form an association that would be focused solely on representing faculty interests at the University. This fall, they launched the first chapter outside of the United States of the American Association of University Professors (AAUP), an organization that works to advocate academic freedom and shared governance.

Helen Rizzo, founding president of AUC's AAUP chapter and associate professor of sociology, hopes that the AAUP will enhance communication between the administration, students, staff and faculty members, while working in tandem with other organizations on campus like the University Senate. "We don't want to duplicate what the senate or other bodies do, but we want to be a voice to try to suggest improvements," Rizzo said.

The AAUP, which was established in 1915 by a professor from Johns Hopkins University, has a long-standing tradition of protecting academic freedom and advocating for university professors across the United States. Rizzo and the other faculty members felt that the AAUP, with its extensive history, would be the best option for forming an association that would represent faculty interests at AUC, including those of adjunct faculty and graduate student assistants. Rizzo is "pretty proud" that AUC's AAUP is the only chapter that has been established outside of the United States. She attributes this honor to the fact that AUC is recognized in the United States as an accredited American liberal arts institution.

"I am very pleased that AUC is able to say its faculty members launched the first international chapter of the AAUP," said President Lisa Anderson. "Having an organization like this on campus is a testament to the commitment of our faculty to the University. The more we can have active and engaged members of our community, in particular faculty, the better collective decisions we can make to the benefit of the University as a whole. I, along with the provost and the rest of the senior administration, look forward to working with our AAUP chapter on continuing to advance AUC."

This year, the chapter plans to focus its agenda on drawing more participants and increasing the role of faculty members in decision making processes. "The main issue that we want to tackle this year is transparency and governance," said Rizzo. "The AAUP chapter at AUC would like to work with the administration and the University Senate to ensure that faculty members are aware of major decisions by increasing faculty representation on committees and other institutions."

Rizzo is excited about what AAUP can do for faculty members at AUC. "I hope we can get a majority of faculty members to join and be active and that people see us as an effective body to represent faculty interests," Rizzo said.