First Egyptian-American Elected to Chair AUC Board of Trustees 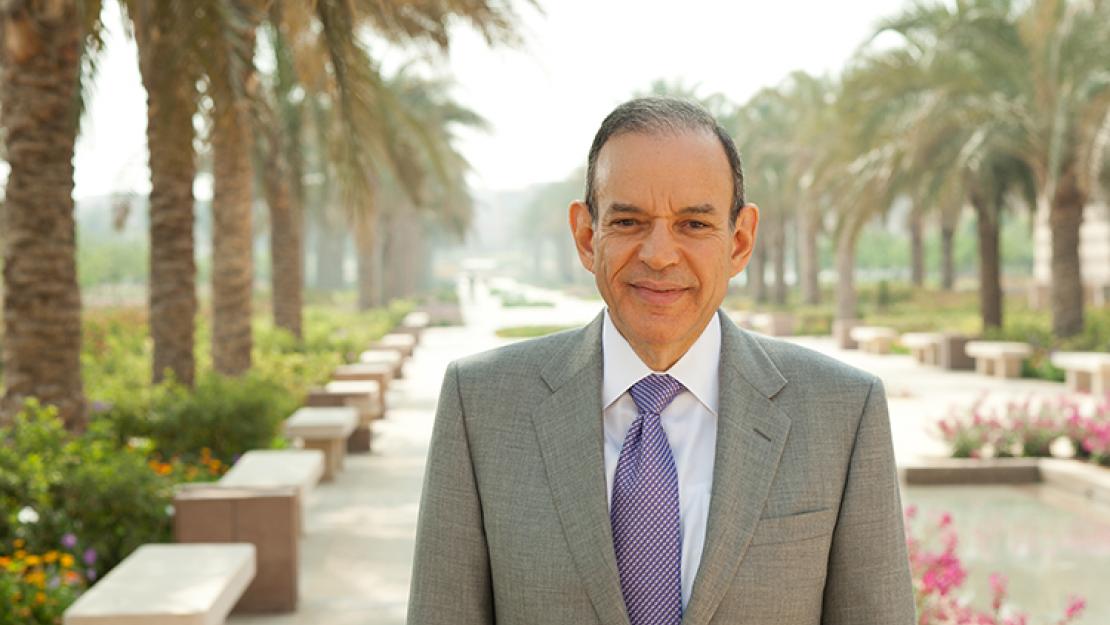 AUC's Board of Trustees elects Atef Eltoukhy as its chairman, the first Egyptian-American and first alumnus to hold this position

AUC’s Board of Trustees elected Atef Eltoukhy ’74, money manager and chairman of Aurum Capital Management in Woodside, California, as its next chairman, succeeding Richard Bartlett, who has completed his second, three-year term as chairman this October. Eltoukhy is the first American of Egyptian origin and the first alumnus to hold this position.

The board also elected as vice chair David Tirrell, the Ross McCollum–William H. Corcoran Professor of Chemistry and Chemical Engineering and director of the Beckman Institute at the California Institute of Technology. Tirrell succeeds Moataz Al Alfi, who has also served two terms as vice chair. The election took place at the October 2016 trustees meeting held at AUC last week.

An AUC trustee for more than four years, Eltoukhy was a professor at the University of Southern California in Los Angeles, a scientist at IBM and an entrepreneur in Silicon Valley. Eltoukhy authored more than 15 patents and publications in the semiconductor and magnetic thin film technology. He holds a PhD from the University of Illinois at Urbana-Champaign, where he received the Distinguished Merit Award for alumni in 2015. Eltoukhy received his master’s and bachelor’s degrees from Cairo University, and was a graduate student and an instructor at AUC’s Department of Material Science in the 1970s.

Shifting from science to business, Eltoukhy launched a new career in investment management in the early 1990s, co-founding two registered entities in San Francisco: a broker-dealer and an investment adviser. A successful entrepreneur, he also co-founded two Silicon Valley companies in the digital storage industry and took them public, playing an instrumental role in the industry’s shift from particulate to thin film magnetic recording media. He served as a board member at the International House, a multicultural program center and campus residence at the University of California, Berkeley.

Eltoukhy is well-known as a Silicon Valley philanthropist, particularly in the field of education. The Eltoukhy family has sponsored the Atef and Fofa Eltoukhy Family Endowed Scholarship at AUC for the benefit of talented and deserving Egyptian students. The Eltoukhy Family Foundation has also established a school in the Egyptian governorate of Sharqiya and sponsored endowed fellowships for the benefit of Egyptian and Middle Eastern students at the University of California, Berkeley and Stanford University. In addition, Eltoukhy has been involved with several nonprofit organizations that support education, entrepreneurship and cross-cultural understanding.

AUC Trustee Lisa Brown, vice president and general counsel at Georgetown University who led the board committee overseeing the process to elect the new board chair, described Eltoukhy as a distinguished business leader, philanthropist and supporter of education who is deeply dedicated to AUC. “Dr. Eltoukhy has the commitment, know-how, expertise and passion to take on this role at the helm of AUC’s Board of Trustees,” Brown said. “We are delighted and eager to work with him as we steer AUC on its path of educational excellence and global impact.”

Eltoukhy’s chairmanship coincides with the University welcoming its 12th President Francis J. Ricciardone and preparing for its 100th anniversary. “I am honored and grateful for this opportunity, particularly at this pivotal moment in the history of the University, with its centennial on the horizon,” said Eltoukhy. “I look forward to working with President Ricciardone to maintain AUC as a center of excellence and leadership in Egypt, the region and the world. I also want to thank Richard Bartlett for his able leadership of the board during the past six years and promise to build on his successes as AUC prepares for its next 100 years, while preserving its unique identity as Egypt’s global University.”

Bartlett emphasized Eltoukhy’s philanthropic dedication, professional accomplishments and longtime support of the University. “Dr. Eltoukhy has not only been an active board member for the past several years, but is also a valuable University supporter, with exceptional expertise and success as a scientist, entrepreneur and business investor,” said Bartlett. “He also has a deep commitment and passion for philanthropy. We are confident that under his guidance and President Ricciardone’s leadership, the University will continue to grow and advance as it enters its second century of distinction and excellence.”

Distinguished for their professional accomplishments in the areas of business, law, education, philanthropy and scholarship, members of AUC’s Board of Trustees are all volunteers who dedicate their time and resources to supporting the University. Primarily Egyptians, Saudi Arabians and Americans, the trustees do not receive any compensation.They provide generous financial support to the University, in addition to their fiduciary responsibilities. To see a complete list of AUC’s trustees, click here.