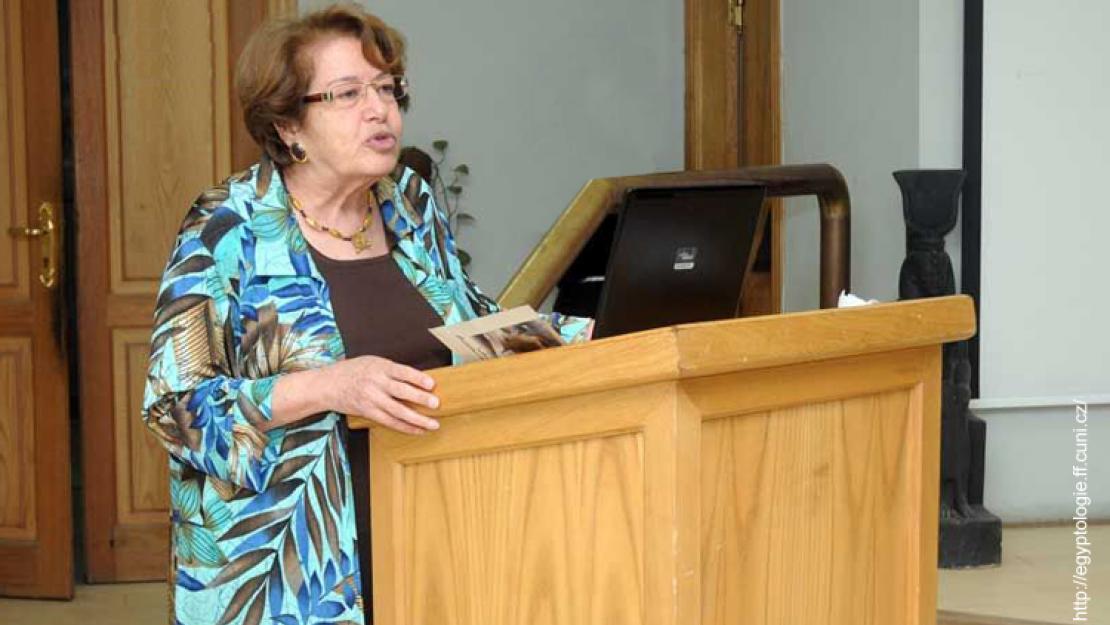 Fayza Haikal, Egyptology professor at AUC, has been honored by the British-based Egypt Exploration Society and the Egyptian Ministry of Antiquities for her illustrious career in Egyptology.

Held to coincide with International Women’s Day, the tribute also highlighted Haikal’s success as a leading female figure in Egyptology in Egypt. She was the first Egyptian woman to earn a PhD in Egyptology and the first female president of the International Association of Egyptologists. Haikal was also the first Egyptian woman to work in Nubia during the salvage of monuments threatened by the building of the Aswan High Dam and organized a project to protect archeological sites during the construction of the Peace Canal in northern Sinai.

The award ceremony, held at the British Consulate in Cairo, featured prominent figures who spoke to Haikal’s character and contributions. “It was really very heartwarming” Haikal recalled. "People were really speaking from their hearts.”

Many of the speakers were Haikal’s former students, including Minister of Antiquities Mamdouh El Damaty. “He was speaking not as a minister, but as my student,” Haikal said. “It was quite rewarding to see that my teaching has had a significant effect and how much I have influenced my students’ lives.”

Other speakers included Mohamed Saleh, former general director of the Egyptian Museum; Salima Ikram, head of the Egyptology unit at AUC; Heba Noh and Ola El Aguizy from the Faculty of Archaeology at Cairo University, and Mohamed Abdel Maqsoud, former chair of the Egyptian Antiquities sector in the Ministry of Antiquities. The program also included a short documentary about Haikal’s life and career.

The Egyptian Exploration Society, who co-organized the event, is a British organization that has been working in Egypt since 1882 with an aim to increase public awareness of ancient and historic Egyptian culture.