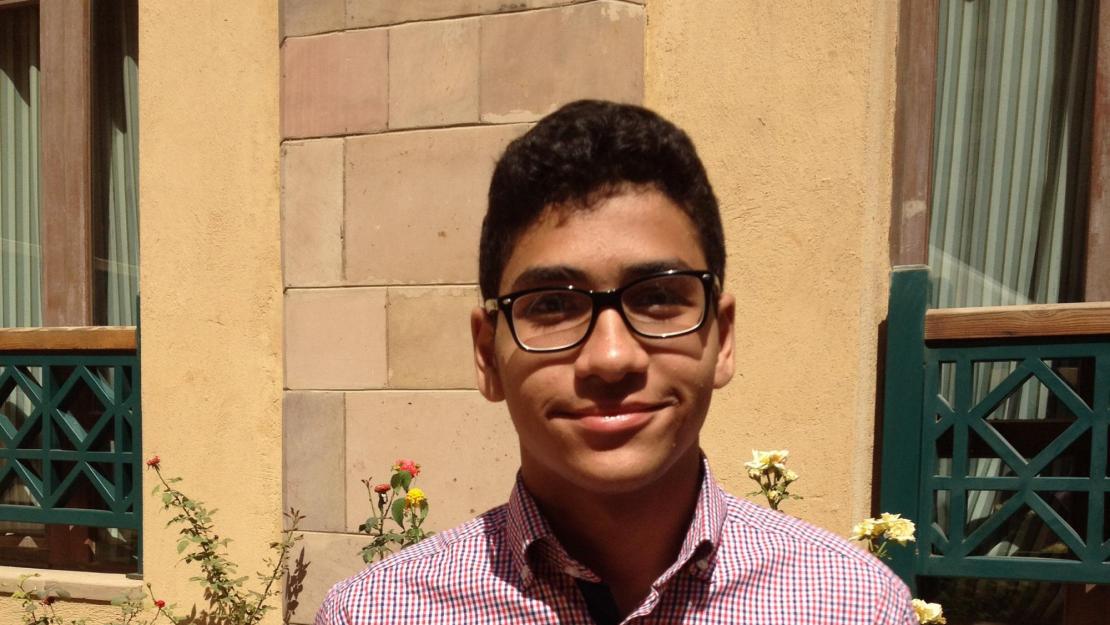 Ahmed Aboutaleb from Cairo is the first recipient of the Omnia Abdullah Bakhsh ’98 Scholarship. Aboutaleb lived in the United Arab Emirates for 12 years and studied sciences in high school, where he discovered his passion for math and physics. Coming to pursue this passion at AUC, Aboutaleb is already excited to build cars and robots, and is confident in the quality of an AUC education, which will help him fulfill his dream.

The Omnia Abdullah Bakhsh ’98 Scholarship is a new merit-based fund established to support one student in engineering or computer science. Aboutaleb, being the first recipient of the fund, knows he is “lucky to be this student.”

During high school, Aboutaleb played football, table tennis and video games in his free time, but mainly focused on his studies. His focus in school earned him high marks and afforded Aboutaleb the confidence to apply solely to AUC.

Aboutaleb considers AUC “the best university in [his] country.”  Having spoken to his friends at AUC and family, he is confident that studying at the University will make him highly competitive in the job market. Familiar with the AUC culture, Aboutaleb believes he is ahead of the learning curve and ready to jump into his classes and extracurricular activities. He is taking a heavy course load of 17 credits including rhetoric, calculus, introduction to engineering, fundamentals of computer science, chemistry lab, physics lab, and engineering drawing lab. He also joined the astronomy club, robotics club, and a community service club during orientation week. Wishing he had had the opportunity to work with the underprivileged in the UAE, he is thrilled to have the opportunity to serve with the community in his hometown, Cairo.

Aboutaleb is assured that AUC’s cutting-edge laboratories and experienced faculty members will give him an edge in the future. After AUC, he looks to earn an MA or PhD abroad. But he does not want to keep his learning in the classroom. In the long term, he hopes to work in mechatronics, a field that combines mechanics, electronics, and computer engineering. A friend majoring in mechatronics inspired Aboutaleb to pursue the field as he built robots, cars and obstacle avoiders himself, and he “really wanted to be like him.”

Aboutaleb is happy to be back to Cairo with his family believing “it’s better that all of us are in one place.” Given such a great opportunity to someone with such great potential, he said, “being 'thankful' describes perfectly what I feel.”