Egypt's President El-Sisi Meets with AUC's Board of Trustees 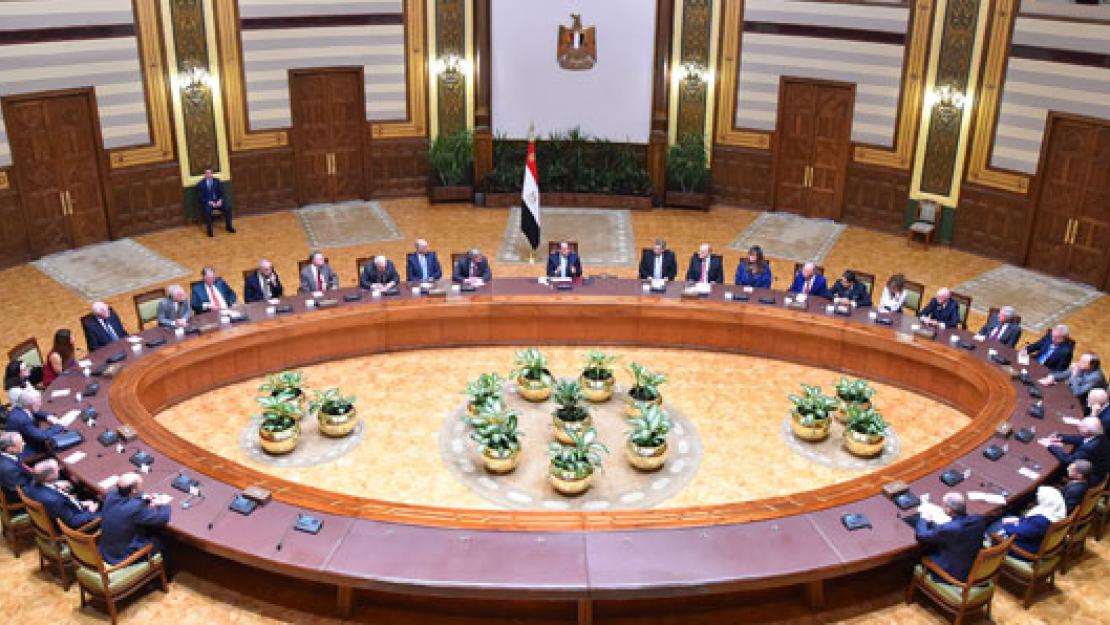 During his meeting last week with AUC’s Board of Trustees, Egypt’s President Abdel Fattah El-Sisi commended AUC’s leading role in providing high-quality education and service in the country. He also emphasized the University's vital role as a bridge between the Egyptian and American people, highlighting the country’s strategic ties with the United States and the importance of continuing to strengthen and bolster these ties. President El-Sisi also congratulated AUC’s 12th President Francis J. Ricciardone on his new position, emphasizing the importance of enhanced collaboration between AUC and public universities as well as Egyptian academic institutions, due to the University's valuable academic and educational role in Egypt.

The meeting was attended by the Minister of Higher Education and Scientific Research Ashraf El-Shihy and AUC's Board of Trustees, led by Chairman Richard Bartlett, President Francis J. Ricciardone, University Counselor Amr Salama and members of the University Cabinet.

Moreover, a report was shown on ONTV in Sabah On program about the meeting with comments from Ambassador Galal El Rashidy, former Egypt's UN permanent member. The video could be seen here.