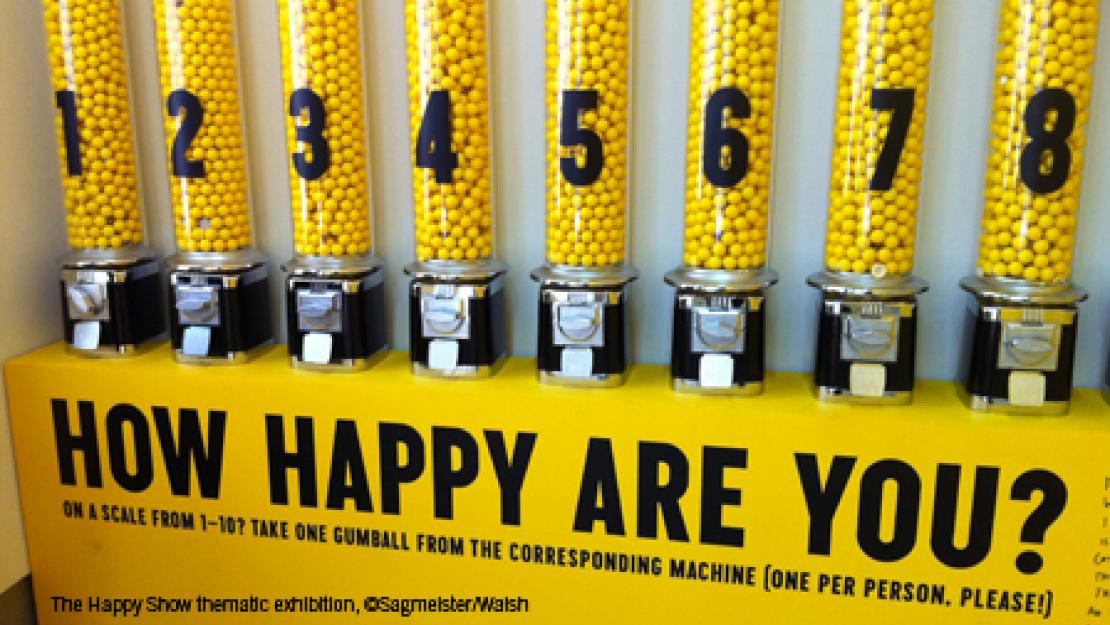 Egypt is not a happy nation, according to the World Happiness Report, commissioned by the United Nations Sustainable Development Solutions Network and published by the Earth Institute at Columbia University.

Egypt’s drastic fall in happiness levels can be attributed to several factors, according to professors at AUC. Some contend that Egyptians have become less happy because their expectations have not been fulfilled. “For a lot of people, after the 2011 uprising, there was a lot of euphoria, and when the fantasies and images of what Egypt would become did not happen, then of course that impacted their sense of well-being and happiness,” Mona Amer, associate professor of psychology.

Rabab El Mahdi, associate professor of political science, also noted the effect of unmet expectations after the 2011 revolution. “You can see this even walking down the streets of Cairo,” she said. “People were happy and had expectations. There was energy that you can see throughout the city, but over the years, expectations have not been met,” she said.

This “false hope” was built up by media sensationalism, according to Hani Henry, associate professor of psychology. “The media played a big role in this because it set people up to believe they will have the best,” he said, giving the example when, in the days following the revolution, the media reported that the wealth of politicians, including former president Hosni Mubarak, will be redistributed to the public. But now Egyptians have to face the reality that Mubarak has been acquitted of his corruption charges. “People have hopes and then they dissipate,” Henry said. “This leads to a sense of loss.”

But having unmet expectations is not the only reason why Egypt’s happiness score has fallen. Professors also pointed to the lack of predictability, which leads to stress and dissatisfaction. “We have a volatile political environment that has affected our sense of security,” Amer said. “Living in Egypt right now is very stressful, and stress links with emotional distress. Some of the key buffers for stress, including social and religious support, have been disrupted by current events.”

Moreover, according to Henry, predictability is crucial for the human psyche. Without stability, individuals feel a lack of personal control over their daily routines. People need to have the ability to control the actions they take every day. “When you don’t have any agency, this reduces your chances of happiness,” Henry said.

But what is notable about this report is not only that Egypt’s score has fallen, but also how low its score is in comparison to other countries. Faculty members attributed this to Egypt’s endemic poverty and the weakness of its democratic institutions. “‘Money can’t buy happiness’ is a common phrase, but research shows that this is a myth,” Amer said. “Happiness and well-being are correlated with income level, up to a certain level and then the correlation levels off.”

El Mahdi also acknowledged that Egypt’s economic challenges may lead to unhappiness. However, she pointed out that it is not just low income levels that may be associated with unhappiness, but also the unequal distribution of wealth. “There is a huge economic gap in Egypt,” she said, adding that this economic gap has not been addressed by local political figures, which may lead to dissatisfaction among Egypt’s populace. Moreover, individuals do not have a democratic forum to raise these kinds of concerns.

But why is happiness important? According to the World Happiness Report, people who are emotionally happier are more likely to be “healthy, productive and socially connected.” These people, in turn, influence their families, workplaces, and communities. Amer also noted the domino effect of happiness. “People who feel a sense of psychological well-being are going to more likely be productive citizens,” she said. “We also know that people who have better psychological well-being tend to develop fewer health and mental problems, which reduces the economic burden of healthcare costs.”

Henry argued that during the past couple of years, Egypt has been under the governance of leaders who have a “pharaoh complex.” These leaders, according to Henry, have been more interested in personal gains than national well-being. To attain stability, people need to set aside their own personal interests. Once stability is achieved, then there may be some improvement in Egypt’s happiness scores.

El Mahdi, however, noted that addressing Egypt’s low happiness scores is not just about immediate stability; significant changes need to be made to the country’s underlying economic and political conditions. She proposed a two-pronged policy solution that incorporates economics and political systems. “First,” she said, “Egypt needs collective economic policies that allow not only for growth, but the distribution of economic growth equally. Second, the country needs a political system that is democratic in the sense that it upholds human rights like freedom of speech and freedom from torture all the way to having alternatives that people can choose from.” Economic growth, according to El Mahdi, will lead to personal life satisfaction, and a more open political system will give people more freedom to choose what they want, thereby leading to potentially higher happiness levels.

Amer agrees that economic and political changes need to be made. “Ideally, the economy will improve, and the political instability will stabilize into a democratic system that allows for the empowerment and freedom of the people,” she said. “Neither of these are apparent at the moment.”

In the meantime, Amer suggested that community psychologists and mental health practitioners should take the initiative and work on preventative health plans that would address issues like depression. “Without any radical improvements in economics and politics and security, it is unlikely that we will see a significant improvement in happiness levels in Egypt,” Amer affirmed.