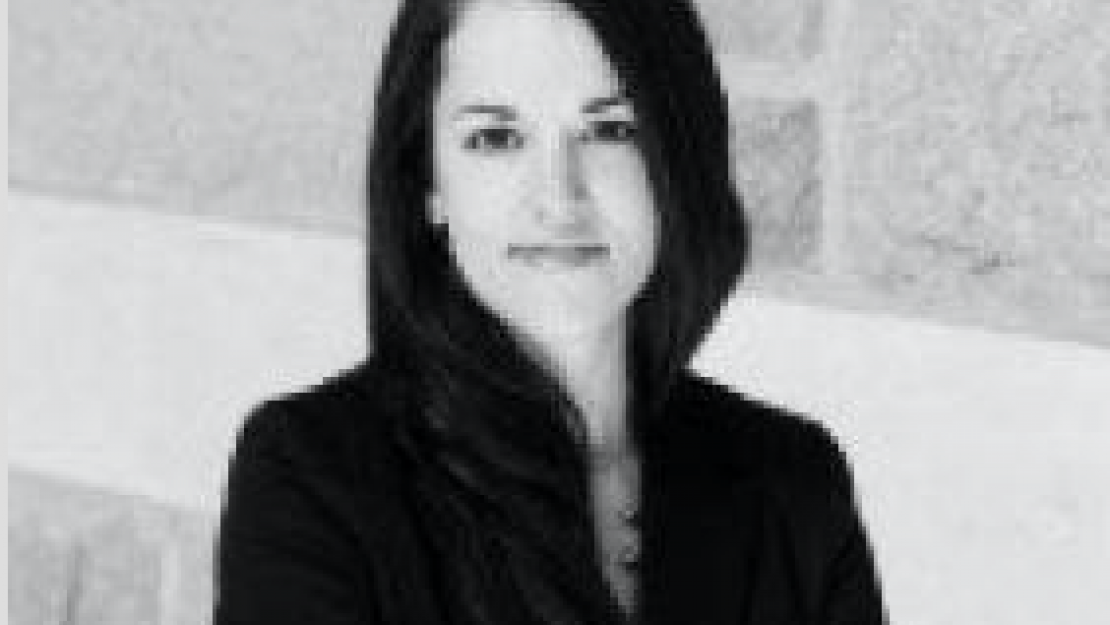 With summer in sight, Amber Murrey-Ndewa, postdoctoral teaching fellow in the Core Curriculum affiliated with the Department of Sociology, Anthropology and Egyptology, is gearing up to travel to Cameroon to continue work on a six-year long ethnographic project.

The research project is a comparative ethnographic study of two towns along the Chad-Cameroon oil pipeline, looking at how these communities perceive the changes in the environment, local ecology, and the social changes that have resulted from the pipeline. “I’m interested in how grassroots people, everyday people, navigate various aspects of contemporary life in this region, so that’s taken me in several different areas,” said Murrey-Ndewa.

“It should never have been called a development project.”

Murrey-Ndewa’s interest in the project was sparked in 2008 when the World Bank was funding the development of the pipeline. “At the time, I was living in Cameroon, and the World Bank withdrew from the project and declared it a failure,” she remembered. “They said it should never have been called a development project. So I began to look more intensely into the politics of how this pipeline had unfolded and what local people thought of it.”

Her work on Cameroon has been partly historical, as she’s made use of oral histories as a methodology to see how people have responded to the pipeline’s development over the lifespan of the now 15-year project. “Like many large-scale development projects, there’s a lot of optimism initially that this was going to bring prosperity to the region for local people in both of these communities,” explained Murrey-Ndewa. “Something unique about the work I’ve done is that it has been comparative, and there are a lot of complex reasons for why people in these communities have responded differently to oil extraction.”

Through her conversations with different communities along the pipeline, she has been able to observe many intersecting elements that have shaped how people have reacted to the project. “We have the tendency to overemphasize an episode or one project as being particularly meaningful in people’s lives, and this research has very much disproved that assumption,” said Murrey-Ndewa. “Even though my research is really about this particular oil pipeline, it has also been concerned with simultaneous projects that are extractive in nature, occurring in the same communities and affecting the same people over their lifespans. When I go back this summer, I will be conducting follow-up interviews about other subsequent changes that have occurred.”

“I am mapping the change in the region from the perspective of grassroots, how people understand those changes, what vocabularies they use to describe them.”

Being a comparative ethnography, this study has been human-centered. Over the course of the project, Murrey-Ndewa has allowed individuals from Chad and Cameroon themselves to guide the dialogue on the pipeline, working to piece together the different narratives that have emerged in response to the pipeline.

In Kribi, a town in Cameroon, for example, Murrey-Ndewa found conversations always shifting toward discussion of a large massive deep sea port that was displacing close to 30,000 people. In Nanga-Eboko, others wanted to voice their opinions on a road construction project or a new rice plantation.  “These were some of the conversations,” said Murrey-Ndewa. “I am mapping the change in the region from the perspective of grassroots, how people understand those changes, what vocabularies they use to describe them.”

Her observations have also zeroed in on the kind of language different communities use to describe their experiences of the pipeline. “I’ve been looking at what vocabularies people use to describe the changes,” she said. “One of the aspects of my research has been to look at, inadvertently – this was not something I set out to do – but to look at witchcraft. People, particularly in Nanga Eboko, drew upon a framework of witchcraft to describe the actors involved in this oil pipeline. They would call some of the consortium workers ‘sorcerers’ and ‘witches’ because they could feel the effect much like you would if you’d been placed under a curse, but you don’t ever see the witches.” In Kribi, on the other hand, this wasn’t a narrative that emerged as strongly."

These accounts and reflections are to be consolidated in a book-length manuscript at the end of the project. “It’s a book that looks at the politics of knowledge: what we have known about oil extraction in this region and why, what ideas have been excluded from dominant narratives,” Murrey-Ndewa explained.

Digging into the Past

In addition to the field work Murrey-Ndewa has conducted, interviewing members of communities along the pipeline, she has also done a great deal of archival research, trying to understand the history of the project and how the story has been told. “I’ve looked at how dominant actors in this pipeline project have appropriated local knowledge as well,” Murrey-Ndewa added. “For example, I’ve looked at anthropologists who were employed by the oil consortium to act as go-betweens between the oil company and local communities.”

One anthropologist, Murrey-Ndewa noted, conducted chicken sacrifices meant to purify the sacred areas that would be destroyed during the construction of the pipeline in Chad. In this way, the dominant actors – the oil consortium in this case – have taken local practices as a way of facilitating the project and entering into the local sphere.  “I’m interested in violence and resistance and how different knowledge frames the violence and resistance to oil extraction,” she added.

Integrating into the Classroom

Murrey-Ndewa’s other research projects have also engaged with West and Central African countries. She has been able to bring her interest into the classroom at AUC. “In my teaching I try to draw upon my research,” she noted. “At AUC, students have responded positively because this work is in a region in Africa that is relatively understudied among faculty members here.”

In her recently published book, A Certain Amount of Madness”: The Life, Politics and Legacies of Thomas Sankara, Murrey-Ndewa focuses on the revolutionary figure Thomas Sankara, the president of Burkina Faso from 1983 to 1987. Sankara was assassinated after having implemented a host of radical policies in the country. Murrey-Ndewa was able to tie this research on Sankara’s political philosophies and resistance legacies to her course, Social Movements, in which students learn from case studies of contemporary protest and dissent. As part of the course, the students helped organize a screening of a new film on the topic, Burkinabè Rising, and had a conversation with Serge Bayala, a young Burkinabè activist who is featured in the film.

“Students have been quite intrigued to learn about this region, and they are able quickly to draw similarities between some of the sociopolitical landscapes from Central and West Africa and Egypt,” said Murrey-Ndewa.  “It’s good in the 21stcentury that there are many forums and venues to have different ways of exposing students to different forms of knowledge. AUCians, in particular, are very compelled, I have found, and very vocal and involved in the classroom.”

“I was interested more in the political aspects of social change.”

Her concentrated interest on this region stems from the initial intrigue formed during her undergraduate program on culture and development in Cameroon. “When I finished that program, I was really motivated and intrigued to stay in Cameroon,” she said. “In fact, I didn’t go back.” Working with the country director of her study-abroad program, Murrey-Ndewa dedicated her efforts to building a community center in Cameroon.

After returning to the United States, Murrey-Ndewa herself got a feel for the development field when she worked in the AmeriCorps program. Murrey-Ndewa went on to pursue her graduate studies in Pan-African studies at Syracuse University, before obtaining her PhD in geography and the environment from the University of Oxford. “Those experiences working in development really dissatisfied me with development,” she reflected. “I was interested more in the political aspects of social change, and, therefore, pursued graduate studies to find out more about what I didn’t know … which I’m still doing.”