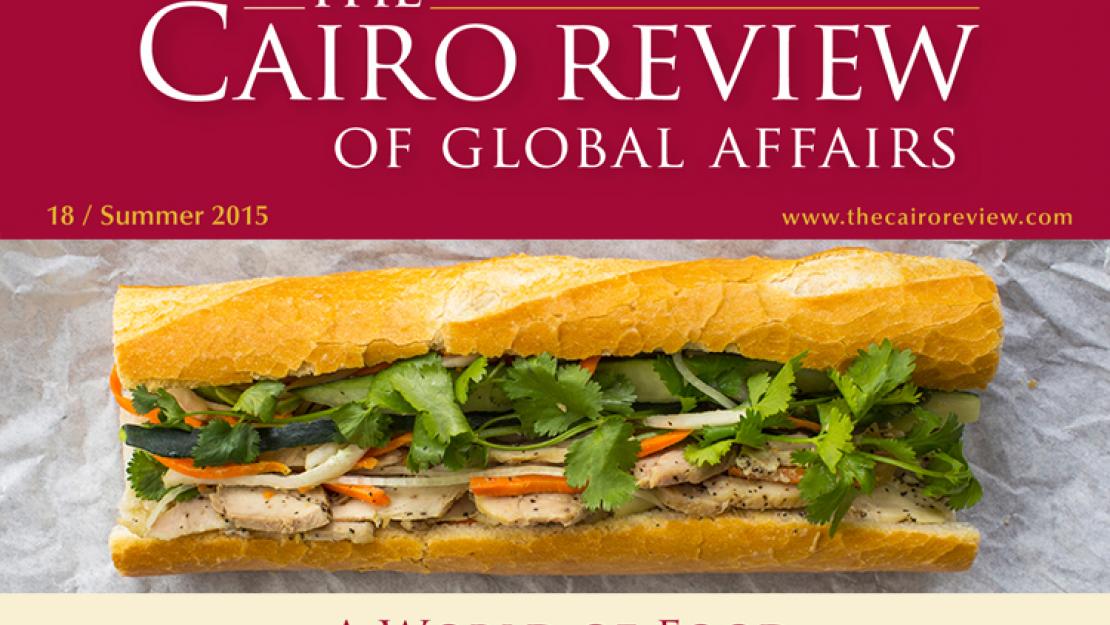 UN International Fund for Agricultural Development President Kanayo F. Nwanze writes in The Cairo Review of Global Affairs that international bodies, governments and private investors must support family farmers as a key to fighting hunger amid a global population explosion and threats from climate change. “There is an urgent need to boost the financial resources that are invested in agricultural and rural development,” Nwanze says in his essay, “Sustaining Our Farmers.”

Nwanze’s essay leads Special Report: A World of Food in the Summer 2015 edition of the Cairo Review, a wide-ranging look at how food affects our lives, politics, economies, societies and cultures.

Nwanze says that economic transformation of rural areas will be central to meeting the Sustainable Development Goals expected to be adopted at a UN summit in September. National governments must direct a larger share of public resources to rural development, he says, and domestic and international financing is needed to foster inclusive and responsible private investment in smallholder farming. “Inclusive rural transformation must be a keystone of our response to the challenge of sustainably feeding the world’s growing population,” Nwanze says.

The Special Report includes “How to Feed Egypt” by Perrihan Al-Riffai, who writes that the country faces crippling challenges in the availability and utilization of food. She reports that childhood stunting, deemed one of the most significant obstacles to development, has been on the rise in Egypt. She argues that tackling food insecurity in Egypt will require a comprehensive policy and commitment from the highest levels — no less than a presidential initiative.

Richard Dobbs and James Manyika also report on nutrition in “The Obesity Crisis,” recommending ways to tackle a scourge that has become as damaging to the global economy as war. The Cairo Review Interview is with Alain Passard, regarded as the best French chef in the world, who talks about the art of cooking, as well as the effect of globalization on French cuisine.

On other topics, Marda Dunsky provides a study of American media coverage of the Israel-Palestine conflict in “What Goes Unsaid.” In “Dark Geopolitics of the Middle East,” Hooshang Amirahmadi examines the arc of modern history to explain the spreading disorder in the region.

To read “Special Report: A World of Food” and the full Summer 2015 issue, visit www.thecairoreview.com.